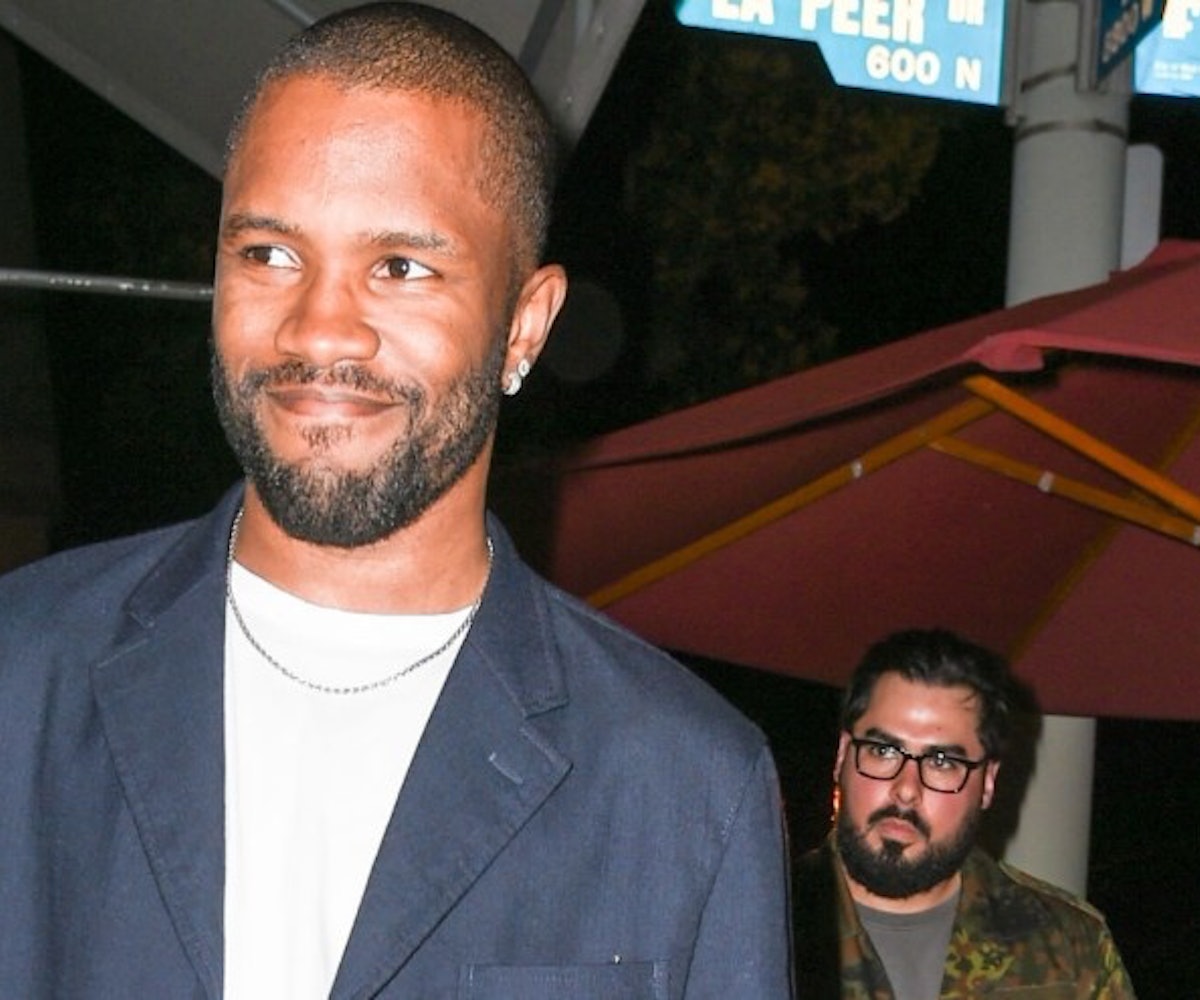 If you were not one of the lucky ones to score Frank Ocean's "Dear April"/"Cayendo" double A-side vinyls, not to worry — the two tracks are now available on streaming services. The reclusive star uploaded both tracks on streaming services on Friday after originally debuting them during his NYC PrEP+ club series in late 2019.

Both tracks are acoustic, emotionally raw offerings from Ocean, with the "Thinkin Bout You" singer trying his hand at breaking everyone's hearts in Spanish on "Cayendo," or "Falling." Produced by Ocean and Los Angeles-based musician Daniel Aged, the tracks mark Ocean's first musical offerings of 2020, since late 2019's "In My Room."

Ocean originally shipped the "Dear April"/"Cayendo" vinyls to the select group of people who ordered the "Little Demon" vinyl, Frank's collaboration with Skepta. In February 2020, recipients were informed via email that they would no longer be receiving the "Little Demon" vinyl and that, instead, it would be "replaced with a new, unreleased Frank Ocean song."

Ocean was set to headline Coachella 2020 in April before the festival was postponed to October due to the current coronavirus pandemic. Though fans are hoping he will still headline the festival's new dates, organizers have not yet confirmed nor updated the lineup. Hear Ocean's two new songs below.