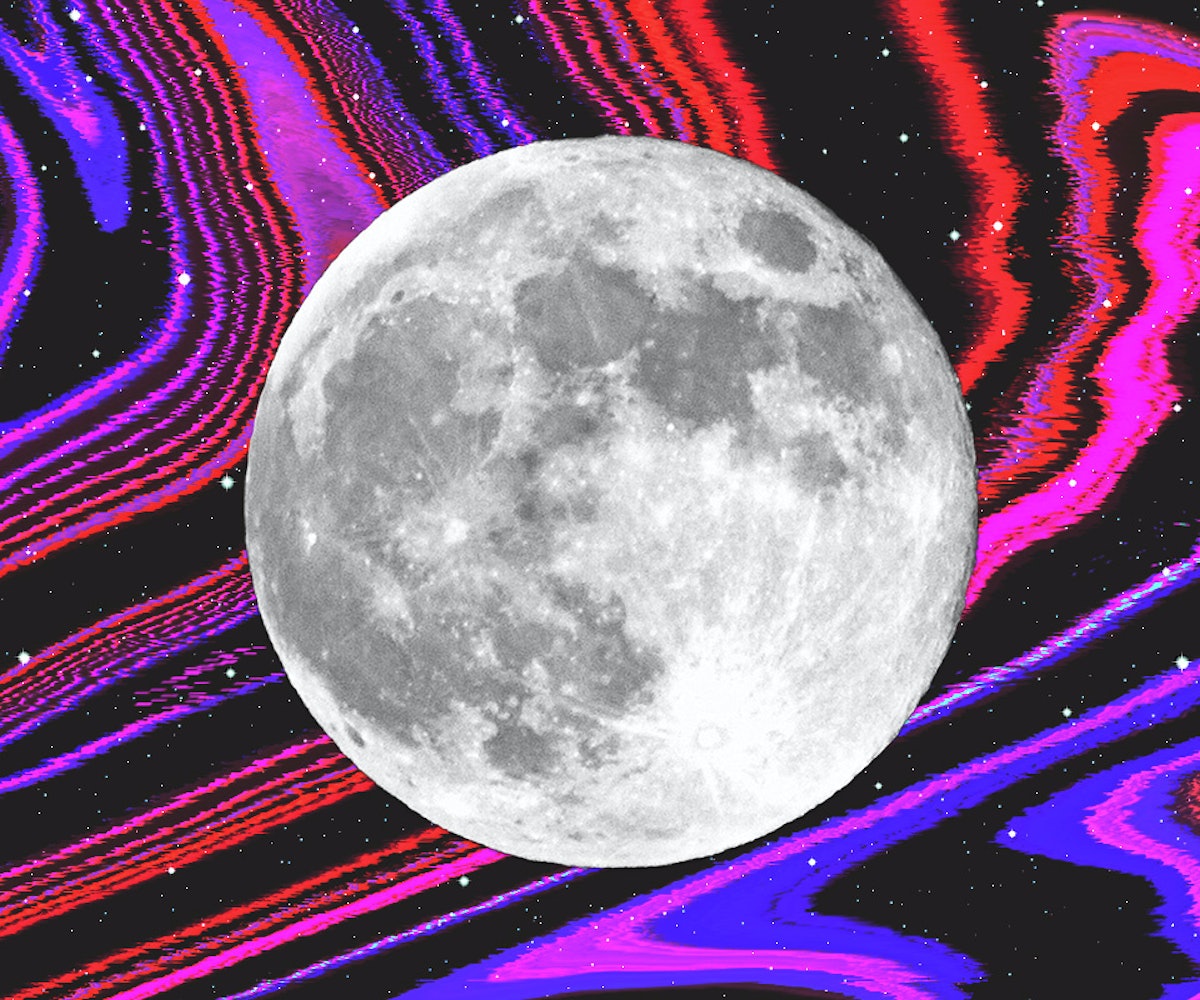 When this February 2020 moon is full in Leo and the Sun is in Aquarius, it is valuable for Earthlings to hold the polarity of these signs in focus. From the outside, Aquarians can seem very different from Leos. These two fixed signs sustain their elements, air and fire, overseeing the house of collective wishes and the house of self-expression respectively. But, it is said that an Aquarius and a Leo essentially want the same things: to be approached without artifice and to be admired as entirely singular beings. Both signs resent conformity in others and relish the chance to prove that they themselves are remarkable. Leo and Aquarius crave regard, although they cultivate it in opposing ways. One seeks to re-create the mold and one seeks to break it altogether.

Both signs have a hard time admitting, or even perceiving, just how susceptible they are to the influence of their surrounding culture, how much weight they put on the opinions of their loved ones, and how sensitive they are to the criticism of their peers. Fixed signs, in general, fear being vulnerable in this way because, often, these star babes are raised to believe that to nurture and care for the vulnerability they perceive in others, they must project an image of resolute strength. This projected strength is an effigy of their compassion and support, it is what they perceive to be their sacred task.

To identify so completely with a projection of the self—a performance—is to leave the core-self un-claimed and therefore unprotected. That is why, for many fixed signs, to be known wholly as human and flawed is to be undone. For Leo and Aquarius, especially, there is a great drive to protect their most vulnerable self by rendering it almost completely illegible. The Aquarius does this by over-writing the language of their own heart's desire with the language of their collective. A kind of socialism of the heart which, at its best, is generous with its love and, at its worst, is entirely resistant to intimacy and its sacred lessons. The Leo obscures the vulnerable self by creating a vulnerable double. The vulnerable double stands in front of the core space to which entry is barred and offers the audience a hero's journey, or else a poignant tale of coming into one's own that is compelling, if not admirable. Many Leos do this unconsciously, they do this because they aim to lead others out of suffering by example. Many Leos yearn, in their secret heart, to be reached in the barred space where the vulnerable original lives. In this way, the Aquarius and the Leo, both, betray themselves in service to what they imagine is the greater good.

On this Leo full moon, let us take a lesson from the book of these two polarities and take time to redefine what strength means for us as individuals. If we were to be brave and burn the effigies of our projected selves—the ones we were raised to believe we had to be—who would we find behind them? Perhaps, a truer version of ourselves, whose arms are tired of holding up an image they can't maintain, a truer version that needs to be seen, not as someone who is always strong and never afraid but—rather—someone who has devoted their lives to being strong for others and is ready to let others be strong for them. If our sacred task in this coming world (as creative people, as activists, as lovers, and as friends) is to nurture intimacy, that is the courageous act of letting oneself be known and in this way encouraging others to let us know them, then we must learn to differentiate the vulnerable double from the original in ourselves. What I mean, dear reader, is that there is a part of you that lives the story of your heart—its journey and its limitations—and a part of you that lives the truth of it, the ever-present, ever-opening, ever-hungry resilient truth of it. This is one way to share power rather than hoarding it. This is about true love.

NEXT UP
Astrology
Your February 2023 Horoscope Is A Breath Of Fresh Air
Astrology
February 2023’s Full Snow Moon in Leo Embraces The Real You
Astrology
How to Use Astrology to Access Past Lives
Beauty
11 Aquarius-Inspired Nail Art Ideas For the Unpredictable Season
Style + Culture, delivered straight to your inbox.