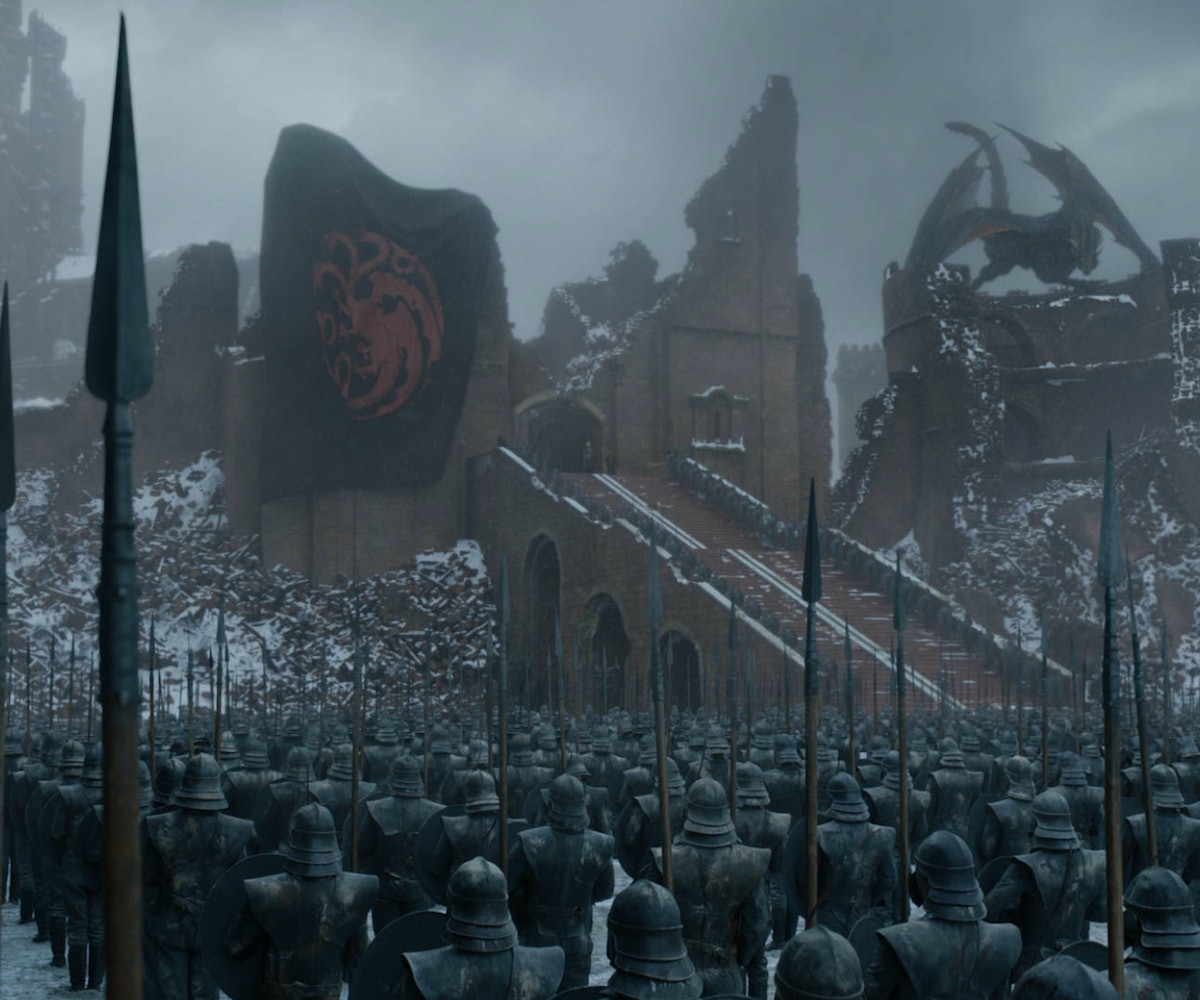 The Game of Thrones creators, cast, and crew may be off enjoying some much needed down time now that the series has come to an end. But viewers are still reeling from last night's finale, one that brought some closure, even if it did feel sterile and too good to be true. But it also left us with a bunch of lingering questions to which we'll likely never get answers. Let's ask them anyway, shall we?

One of the many prophecies that Melisandre believed in was that of Azor Ahai, the Prince(ss) that was Promised. The legend had it that this prince(ss) would be able to defeat the the ultimate evil that is darkness. Many of us pondered whom it could be: Jon Snow? Bran Stark? Daenerys? But we never got an answer. As far as vanquishing evil goes, it was Arya who killed the Night King and rocks that killed Cersei, but neither of those things really seem to be candidates for Azor Ahai. So what was the point? We will never know. Maybe it was just a scary bedtime tale.

Speaking of, what are we to make of the First Children and all the other magic that is clearly happening in Westeros?

Magic is clearly a thing in Westeros. There are Red Priests and Priestesses who can summon fire. Melisandre once birthed a shadow demon. But what does it mean for the realm as a whole? Do the people of Westeros just continue on with business as usual even after seeing a dragon fly over their heads, hearing about zombies and faceless men, and knowing that Qyburn turned The Mountain into Frankenstein? Yes? Okay, then!

What are the Unsullied going to do in Naath?

I completely get why Grey Worm wants to sail to Naath after all of the turmoil he's experienced in Westeros (zombies, war, and racism to name a few things). Missandei was taken from him before they could even start their lives together and Naath is her homeland. But Grey Worm has a whole gang of Unsullied with him. What are they going to do there if they have no war to fight and no leader to serve? Is the band breaking up?

Why is Arya going "West"?

When did our girl suddenly become so interested in geography? "Assassin" and "world explorer" might be equally intriguing titles but they don't necessarily complement one another. We have seen Arya shine when she has a specific mission: passing her Faceless Man class, avenging her enemies, killing the Night King, etc. This new journey makes me wonder if she knows more than she's letting on and that she might once again be chasing after something or someone. If not, I'm worried about her.

Daenerys died and Drogon let out a gut-wrenching roar to mourn his mom. He scooped up her body—after melting the Iron Throne—and flew off towards the horizon. As of the show's ending, no one had spotted the dragon. But Bran was planning to warg around and look for him. Where will he be found? The ruins of Old Valyria? Somewhere else in Essos? North of the Wall where she'll be resurrected as the Night Queen? Who's to say? I guess nobody, at this point.

Does it even matter that Jon Snow is Aegon Targaryen?

The revelation of Jon's true parentage has been teased since the beginning of the show. But, it didn't lead him to a spot on the Iron Throne, or any throne for that matter. In fact, the revelation didn't tip the scales of the monarchy in one way or the other. It just caused relationship problems between him and Daenerys. His return to Castle Black has actually put him on a similar life path of Maester Aemon, who also denounced his Targaryen blood to serve on the Wall.

Also, is he going to be king of the free folk or just be a free person?

Except Jon didn't actually resign himself to life on the Wall. He and a bunch of wildlings, including Tormund, happily rode north into the forest at the end of the episode. Many people thought this meant that Jon would be fulfilling his destiny to only lead people free from the heartless politics of the south. But Jon hates leadership titles, so is he going to be the new Wildling King or does he just want to retire to where the air is crisp?