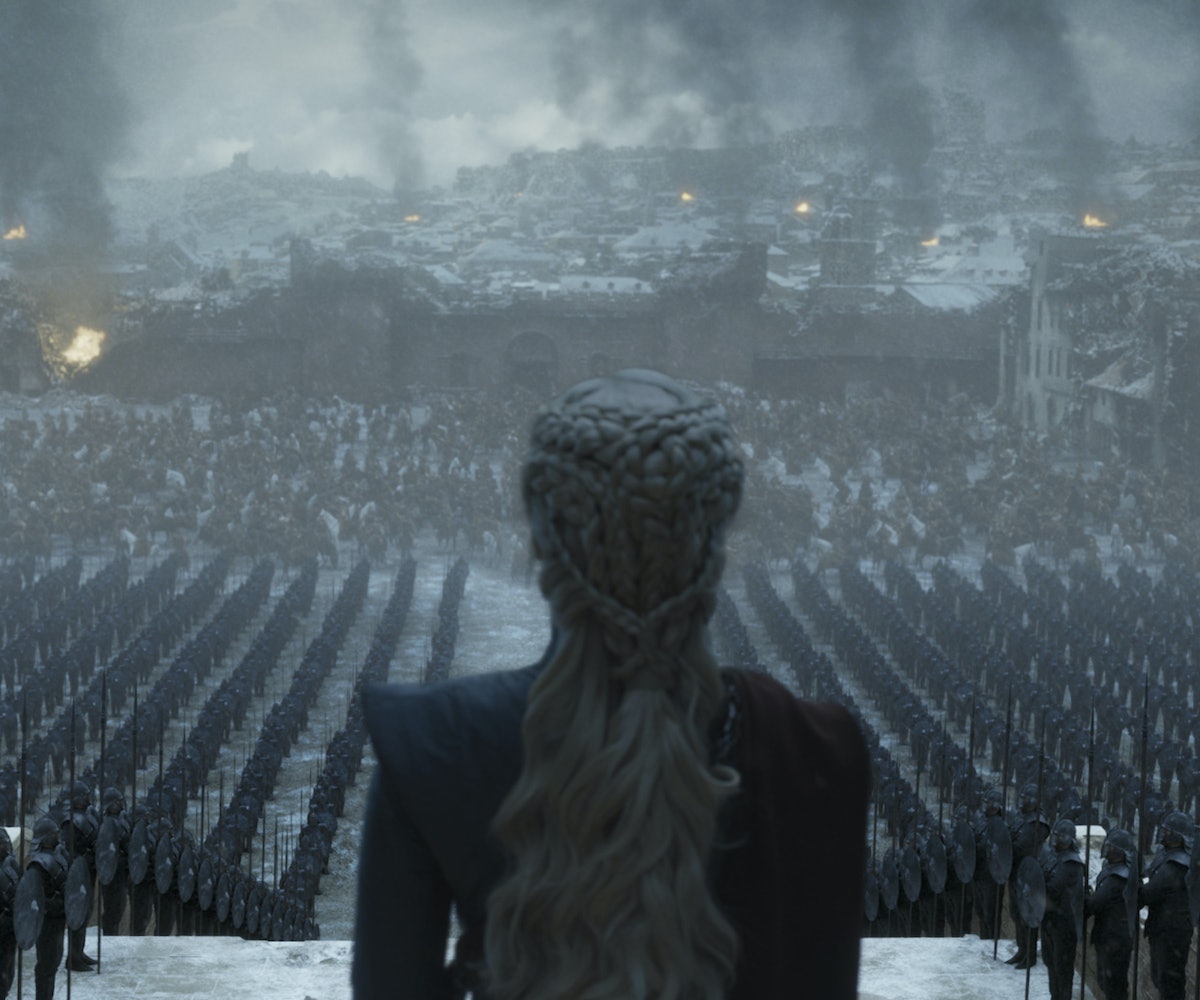 It's finally over. We had a great run—even if the eighth season felt more like a PowerPoint presentation of the show than an actual narrative. But perhaps the most frustrating thing about the show was that it left plenty of plot threads dangling. Still, some of the conclusions that the show left us with were shocking in their own right. Let's revisit.

I didn't want to believe it, but it's true. Cersei Lannister, the ruthless Queen that everyone sought to overthrow, is dead. Last week, she and her brother-lover Jaime held each other tight in the bowels of the Red Keep as rocks and bricks fell on top of them. I thought that Jaime would die, once again protecting Cersei, and that she would survive the collapse. This would have provided an opportunity for her to be personally killed by list-obsessed Arya Stark or a power hungry Daenerys Targaryen. But no, Cersei did not survive and I was shocked to see her dead face when it was uncovered by Tyrion.

Cersei wasn't the only person whose death came under unexpected circumstances. Daenerys' long, epic journey came to an end at the hands of Jon (also known as Aegon Targaryen, and her nephew-lover). Despite following Daenerys all season, Jon was convinced that she had to go after a little pep talk from Tyrion. And so, what else would a Stark do, other than carrying out a death sentence himself? Jon did it with a blade through Dany's heart. At least it wasn't in her back.

If there is one character my heart absolutely breaks for, it's Drogon. Daenerys' death left the dragon motherless and brotherless. He took his grief out on the thing that drove her to the very end, the Iron Throne itself. Drogon melted it into boiling liquid metal before flying away with his mother's body.

Since the beginning of the show, viewers have made wagers on who would eventually take the Iron Throne for themselves. Through most of the series, Bran, who hasn't been able to walk since the first episode, was an extremely unlikely candidate. But alas, he was the King when the show ended, and he made a comment that seemed to suggest that he'd known this was his destiny. In other words, he let everyone battle it out while he sat and minded his business, knowing it was all for him to come out on top. A shady queen feels like a more fitting title.

I get it, Arya has already been a free spirit and non-conformist. I also understand that she sent most of Game of Thrones motivated by revenge and with no more to be served, there was little left for her in Westeros. But to send her off exploring the world also felt... odd. Arya said goodbye to her siblings, setting her intentions on sailing to see what's "west of Westeros," so that she can find out what's there. It felt way too soon to assume that she wouldn't still be needed in her homeland, but Arya never was one to stick close to home.

At the end of the fourth episode fans were furious when Jon Snow prepared to head South with Daenerys, bidding fond farewells to friends and fellow soldiers, but not bothering to pet his direwolf. The show runners said the reason for the impersonal sendoff was that interactions with the direwolves cost too much money to pull off and there wasn't enough budget. So we were all surprised to see Jon and Ghost reunite in the final episode when Jon was once against sent to Castle Black. It was a silver lining in an otherwise dreary episode.