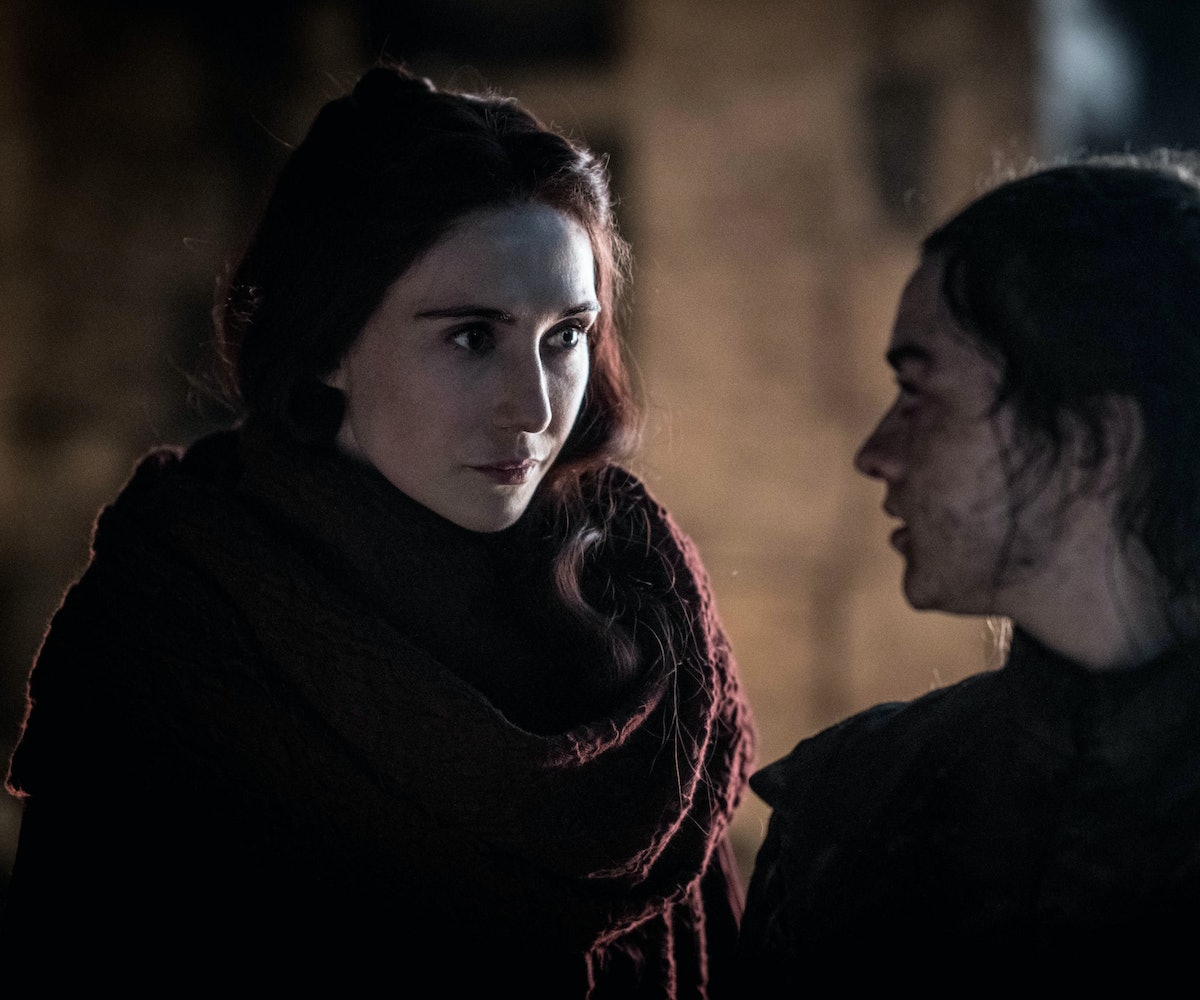 Melisandre would not be many people's first choice for a hero on Game of Thrones. The Red Priestess was so devout in her worship of the Lord of Light that she was blinded to the value of all she sacrificed. She's manipulative and sadistic, and her regret at burning alive a little girl was a real case of too little, too late. But, Melisandre was also right about the dangers of the Night King, and, it turns out, we've been playing to the end game that Melisandre predicted all along.

Last night, Melisandre arrived in Winterfell, just before the great battle kicked off; a fateful return to Westeros she'd once promised she'd make. And, she arrived with several cheat codes to help in the battle against the Night King. First, she set all the Dothraki swords aflame, just before they charged toward the army of the dead. The swords didn't prevent their ultimate demise, but it offered a true glimpse at the seriousness of the fight.

Then, when Daenerys' and Jon's visibility was impaired by the ice dragon, it fell to Melisandre to light the trenches surrounding the castle, allowing the army of the living to retreat and regroup beyond Winterfell's walls. But, significantly, Melisandre reminded Arya of both the prophecy she'd once offered her—that Arya would forever close many blue eyes—and also invoked Arya's long-ago dancing teacher, Syrio Forel, by asking Arya: "What do we say to the god of death?" Arya replied, "Not today," and went off to meet her fate, as the one who would slay the Night King.

Melisandre was never a perfect hero—her zealotry led to the deaths of many, including poor Shireen Baratheon. But she is also the only reason Jon Snow is alive. And it was she who explained to Daenerys what the real threat was: the Long Night.

This is the appeal of Melisandre's narrative arc. She has always walked with purpose, intent on fulfilling her destiny: uplift and support the one chosen to win the Great War against darkness and death. She's done so while playing war strategist, religious guru, and, yes, seductress. Her life-sustaining necklace made her appear young and beautiful, but it was not for vanity's sake, but rather because that is the clearest way for women to demand respect. She's failed, but it was in pursuit of something greater than her own glory.

When the sun rose over Winterfell in "The Long Night," Melisandre walked toward her fate with a foe on her heels and her head held high. She did what she came to do and then she accepted that she was done. We can all learn something from that.