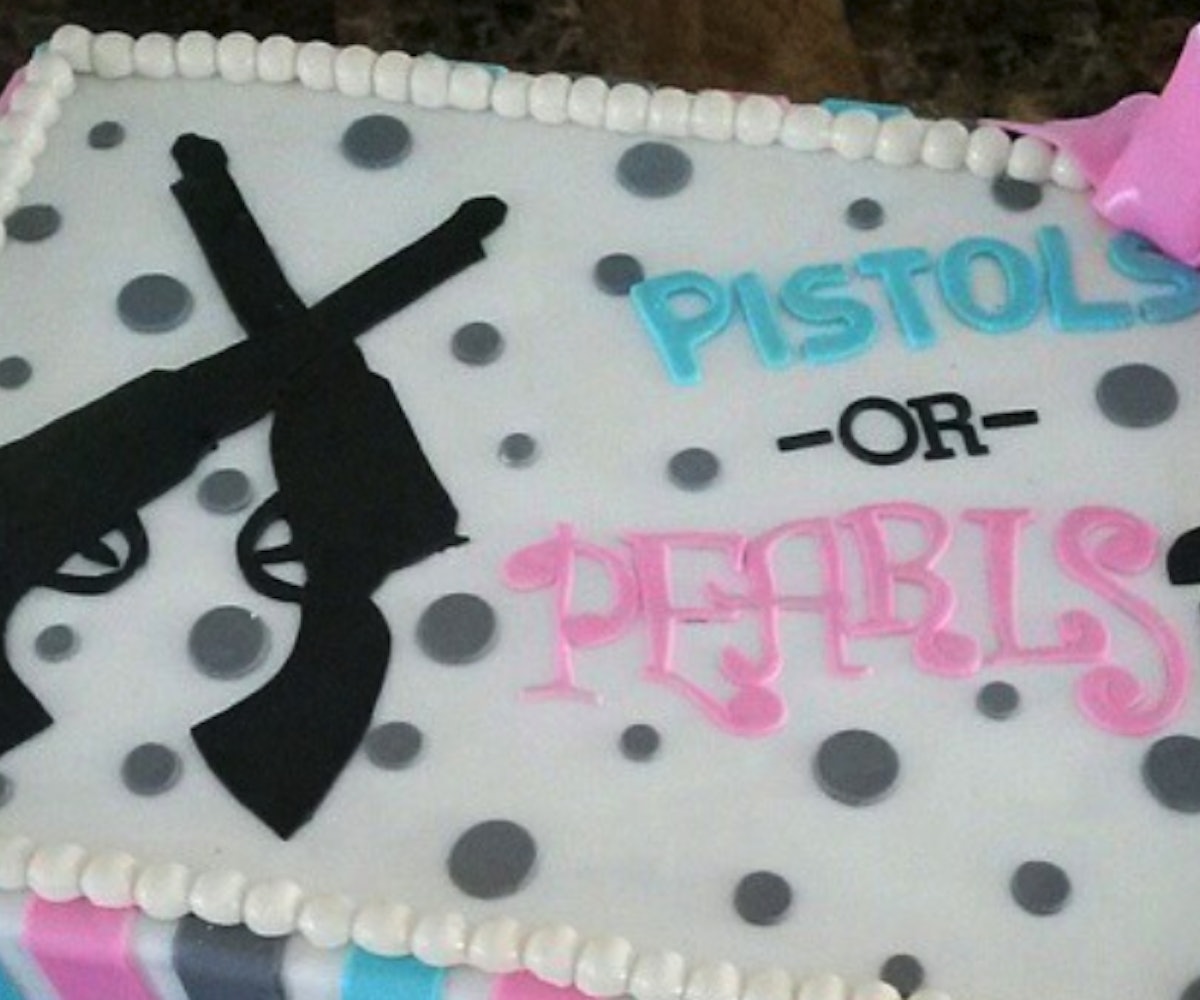 The mom credited with creating the concept of the gender reveal party has announced in a statement that she has "mixed feelings about my random contribution to the culture" and doesn't like the "emphasis" it puts on the baby's gender. Frankly, I couldn't agree more.

Jenna Myers Karvunidis, the woman behind the blog High Gloss and Sauce, wrote on Facebook that she was credited as the "inventor" of the gender reveal party after she wrote about her own such party in 2008, and was interviewed about it in The Bump soon after. But, according to Karvundis, people doing gender reveal parties now have taken it too far, putting "more emphasis on gender than has ever been necessary for a baby." She then says that she thinks the concept is outdated and reductive.

"Who cares what gender the baby is?" she wrote. "I did at the time because we didn't live in 2019 and didn't know what we know now—that assigning focus on gender at birth leaves out so much of their potential and talents that have nothing to do with what's between their legs."

Karvunidis seems to be mixing up the definition of gender and sex here, but the thought behind the statement remains true. Relying on gender stereotypes is an outdated way to raise a child, and, while the original gender reveal party was likely simply another way to celebrate the baby, the practice has turned into something utterly bizarre and even, in some cases, dangerous.

In a "PLOT TWIST," Karvunidis reveals that her own daughter, "the world's first gender reveal party baby," doesn't abide by gender stereotypes. The 10-year-old is, as her mother wrote, "a girl who wears suits."

Hopefully, this signals the beginning of the end for these embarrassing displays of gender-essentialism.