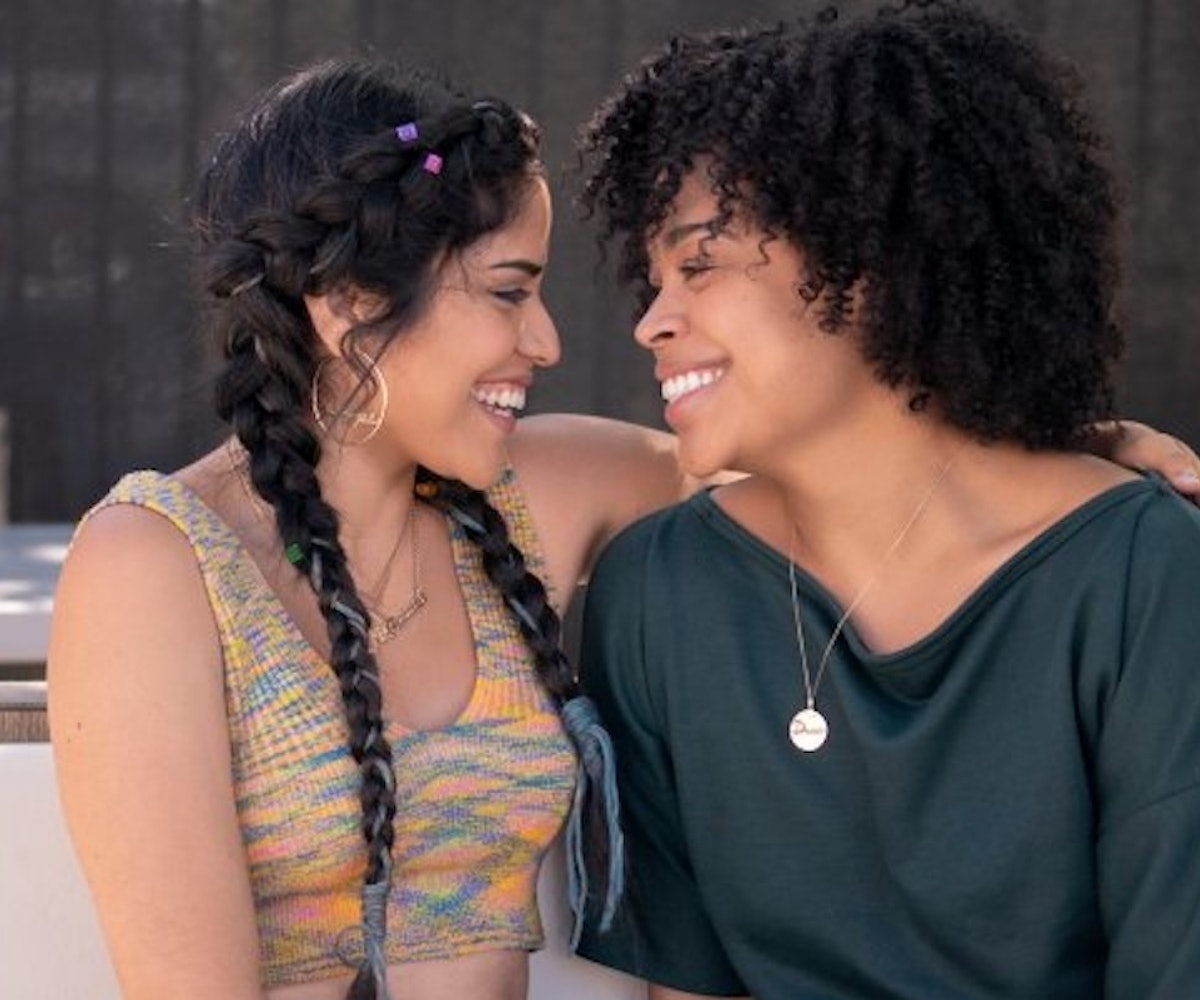 On the brand new Netflix show Gentefied, on a night when the possibility of losing his decades-old family restaurant feels more real than ever, Pop — played by veteran Mexican actor Joaquín Cosio — joins his compas for a cold one, or two or three. In a familiar avuncular Spanish, the friends reflect on the changes that rising rents and demographic shifts have brought to their Boyle Heights, Los Angeles neighborhood. "All these greedy landlords want to replace us with ramen spots," bemoans a man behind the bar. Normally a stoic, put-together family man, Pops succumbs to the sadness and sinks into a woozy disposition.

"You know what the most fucked up part is?" he laments to his companions. "[Building] a legacy for your family, only to discover it's not enough to save them. Not enough to give them a more secure future. Not even enough to help them get ahead. So they could pursue big dreams that we never could have imagined for ourselves."

At the end of the night, eyes low and stumbling home, Pop sees a "for lease" sign in front of a construction zone and has a visceral reaction. "Fuck...your...development," he slurs before urinating on the sign and throwing an empty beer bottle over the fence. The sweet sound of glass shattering brings a boyish smile to his face. A small rebellion. But almost immediately, a close up of Pop's face reflects back flashing red lights, and his short-lived smile vanishes.

These are the kind of introspective moments when Gentefied is at its best. The series, whose first season premiered on Netflix today, was born out of a short-form digital series created by two U.S.-Latinx budding filmmakers, Linda Yvette Chávez and Marvin Lemus, and executive produced by America Ferrera. The 30-minute episodes follow the lives of the Morales family. At the core of this unit are Pops and his three grandchildren — Ana (Karrie Martin), Chris (Carlos Santos), and Erik (Joseph Julian Soria).

Though the show's name comes from its exploration of an intra-community form of gentrification called gentefication, its writing feels the most honest and profound when it captures the constant and circular economic anxiety that immigrant families carry, particularly when their financial stability rests on the success of artistic or entrepreneurial endeavors. Pops struggles to keep his business afloat and his three grandchildren financially secure, while they aspire to make enough money from their own creative endeavors to save his restaurant. The family's relationship is marked by the loving desire to make one another's lives easier, for each generation to save each other from the oppressive burden of always working hard, of always being tired.

As a writer with Mexican immigrant parents, this show struck a chord with me in a way no other show has. My mother is a domestic worker, and my father is a city bus driver who consistently works 60 hour weeks. Though making enough to take care of us from my writing alone — without doing this, that, and the other to sustain — is something I want more than anything, the realities of being a writer make that feel like a chimera.

"The realities of being a writer make that feel like a chimera."

Pop's boldest and most vocal grandchild, Ana, is a struggling portrait artist. From the first episode, it's clear that for her, life and artistic expression are inextricably bound to one another. But the starving artist trope for first-generation Americans like her is profoundly unromantic, despite novels, TV shows, and film often portraying it otherwise. Ana's single mother works long hours at a sewing factory. Their small apartment kitchen is typically flooded with garments that her boss makes her take home without overtime pay. And even though Ana does what she can to bring a greater sense of financial stability to her home (face painting at kid's parties, bartending on the weekend), her mother wishes she'd pursue a more traditional and stable career. That inner conflict is something Ana struggles with every day — the feeling that pursuing her dreams is always in opposition to the uplifting of her family. As the season goes on, Ana meets a wealthy art patron who commissions her work for more money than she's ever imagined, allowing her to ease her mother's stress. But even through those highs, the sense that success is ephemeral—that from one second to the next, it could be taken away — looms over her.

It's no wonder why the show so brilliantly captures this tension. Speaking on a Netflix panel titled "Put the 'She' in Call Sheet," Chavez — one of the show's creators — detailed the way that having immigrant parents and a low-income background informed her artistic trajectory. "Part of the battle is working four to five jobs while juggling the rest of one's life," she said. "It means it takes Latino creators years to actually break-in."

So much of making a living as a full-time artist is dependent upon having a safety net to fall back on as you build your way up, but for many children of immigrants, that safety net is not only absent but replaced with the burden of responsibility. It's clear that both of the show's original creators pulled from their own lives and those of their friends and family to breathe life into their characters. Its resulting vibrancy and that of its character's inner lives speaks to the tremendous potential inherent in letting Latinx people tell their own stories.