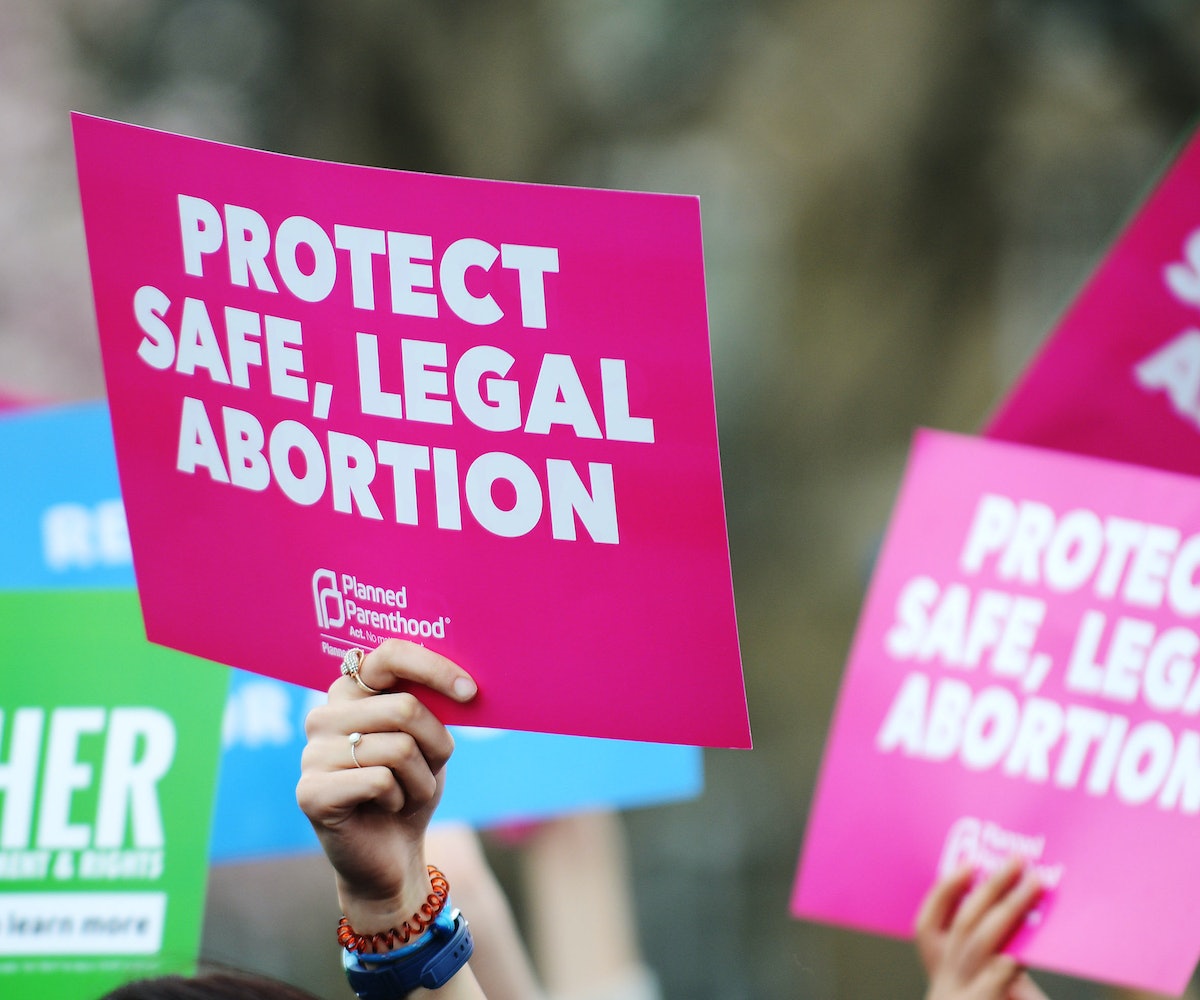 Georgia's governor Brian Kemp just signed an archaic "fetal heartbeat" bill into law, which makes abortion after six weeks—meaning about two weeks after a skipped period—illegal. It is now the most restrictive abortion legislation in the country and makes the act punishable by life in prison and even the death penalty in the state.

The law declares that "unborn children are a class of living, distinct person" which shall have "full legal recognition," meaning the law will "recognize unborn children as natural persons." The ways in which this affects women who undergo abortions or terminate their own pregnancies is drastic. Women who self-terminate will be seen as being guilty of committing murder, which is a crime that gets life imprisonment or capital punishment in Georgia.

Additionally, if a woman so much as seeks an abortion from a health care provider, the women will be classified as being party to murder, which is also punishable by life in prison. And, if a woman miscarries "because of her own conduct" such as drug use, she could be held liable for second-degree murder, which holds a sentence of 10 to 30 years in prison.

When laws such as this have been discussed before, many people have erroneously dismissed their seriousness by saying that women can seek abortions in other states. And while that suggestion already discounts factors like individual women's ability to travel, it's also a non-starter in this situation, because under Georgia's new law, seeking a legal abortion out of state will count as conspiracy to commit murder, seeing as the fetus is considered a "person" with "full legal recognition." And anyone who helps women plan trips out of state could also be hit with a conspiracy charge. The law pretty much forces women who get pregnant to stay pregnant.

Slate points out one hole in this law, though, which could make Georgia face many lawsuits once the bill goes into effect on January 1, 2020: If the person carrying an unborn fetus is jailed, the state will be "illegally holding thousands of citizens in jail without bond" since the fetuses themselves have independent human rights.

According to Slate, too, this legislation is deliberate: Fetuses will now be "included in population based determinations," which will get the state a higher population number on the 2020 Census.