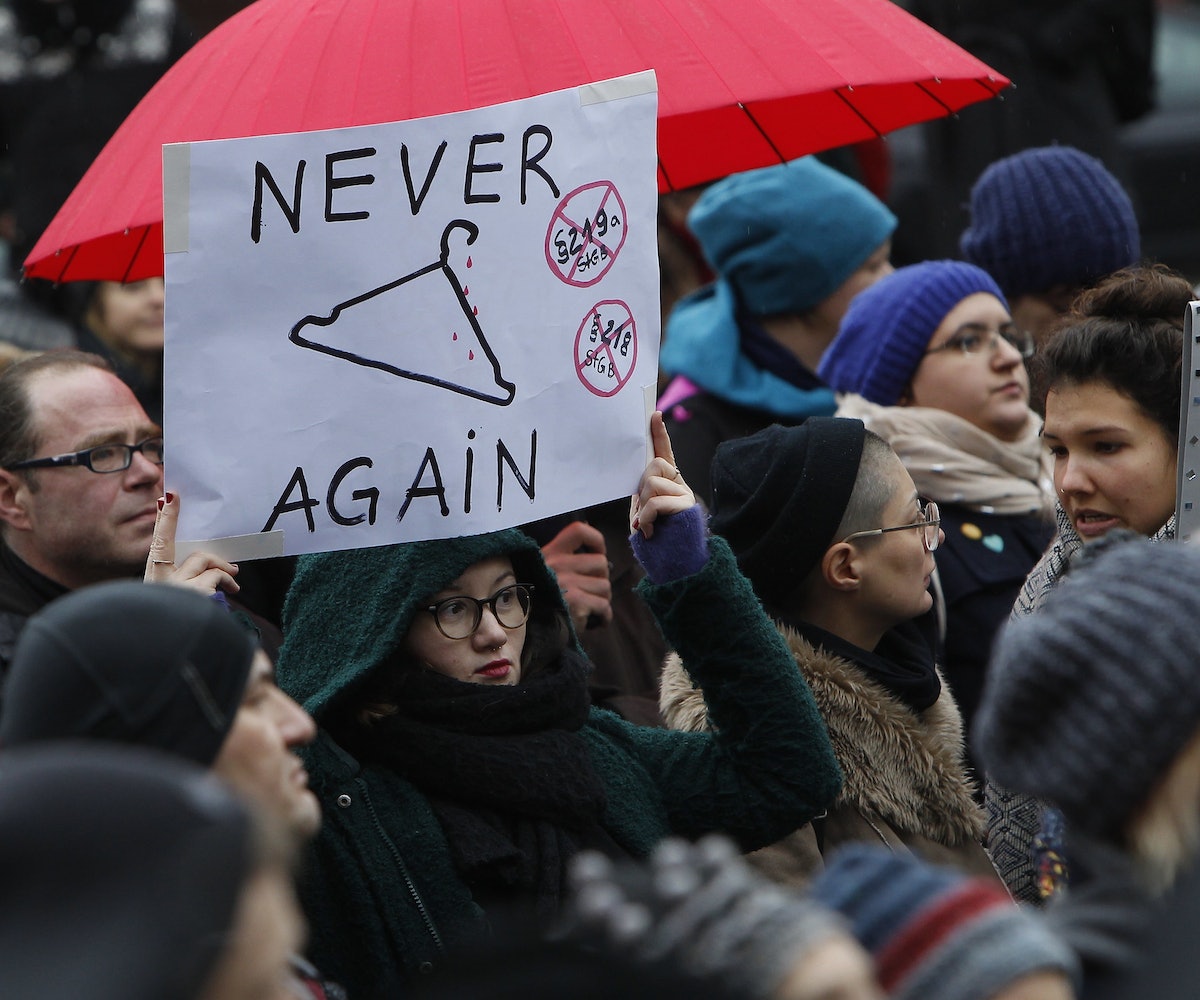 A committee in Georgia's House of Representatives has passed a bill which would prohibit abortion after six weeks, a time when many women don't yet know that they are pregnant.

The passed bill is called House Bill 481, aka the Living Infants Fairness and Equality Act, and prohibits abortion after a fetal heartbeat can be detected. The only exception to the rules laid out in this "heartbeat bill" is if the pregnancy "risks the life or poses substantial and irreversible physical harm to the pregnant woman."

Brian Kemp, Georgia's racist, potentially vote-suppressing governor, has put his seal of approval on the bill. In an interview regarding the bill, Kemp stated that "I campaigned on signing the toughest abortion bill in the country, and this is the toughest one we've got in the Legislature now." He knows that the state will have to fight a legal battle to get the bill passed, as there are people who oppose this bill and actually understand that access to abortion is important, but he says that they are "ready for a fight." Anything to get your misogynistic views signed into law, I guess.

A Democratic state representative for Georgia, Park Cannon, wholeheartedly disagrees with the bill, as he stated in an interview with CNN. "What I can tell you about these abortion bans across the country, they're not to protect the life of the mother nor life of the embryo," he said. "We're deeply concerned about the effects of Republicans playing politics with women's lives."

As of now, pregnant women in Georgia are able to undergo abortion up until the twentieth week of their pregnancy, so this proposed law would drastically shorten the amount of time they have to schedule and undergo the procedure. Many red states have tried to get similar bills passed, but all of them have been struck down. Hopefully, this unconstitutional bill will have the same fate in Georgia.