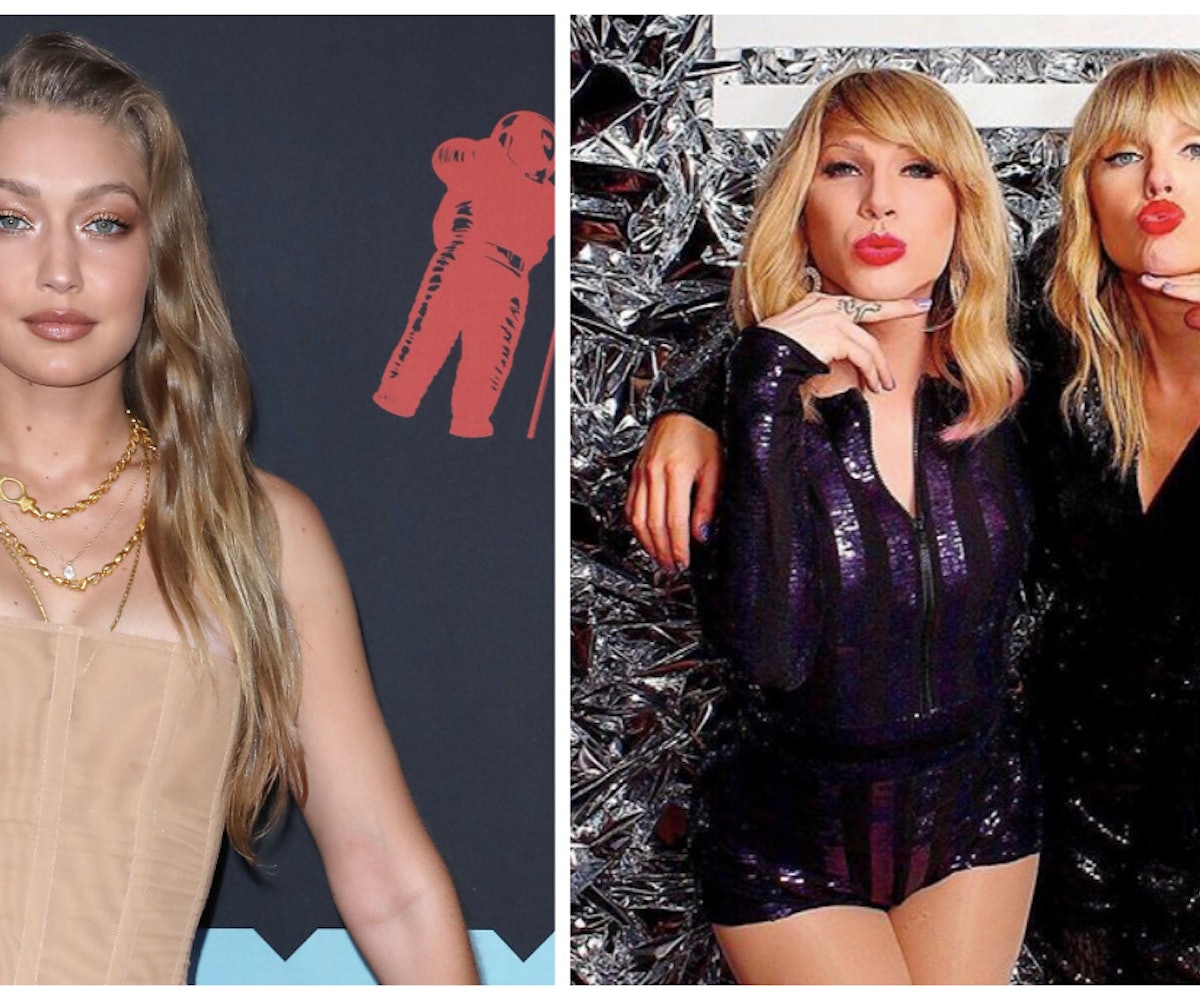 One of the funniest moments at this year's MTV Video Music Awards was when John Travolta tried to hand drag queen Jade Jolie Taylor Swift's award, mistaking her for the pop star. Well, it turns out, he wasn't the only one: Swift's good friend Gigi Hadid was guilty of the same thing, although she didn't make the slip on live television.

In a recent interview with Logo, Jolie revealed that it wasn't just Travolta who mistook her for Swift. "At the after-party, Gigi Hadid kept thinking I was Taylor," she told the outlet. I mean, she did look like Swift. According to Jolie, the confusion continued as people started drinking, which makes even more sense. "The drunker we got, I guess the more Taylor I became for everyone!" she said.

It should be noted that Jolie was dressed as Swift. In fact, Jolie appeared in the "You Need To Calm Down" video for that exact reason. She said that the case of mistaken identity, to her, meant "I did my job right and looked just like Taylor." As for whether or not Swift approved of the confusion? "She was tickled and thought it was so funny," said Jolie of Swift's reaction to the Travolta incident.