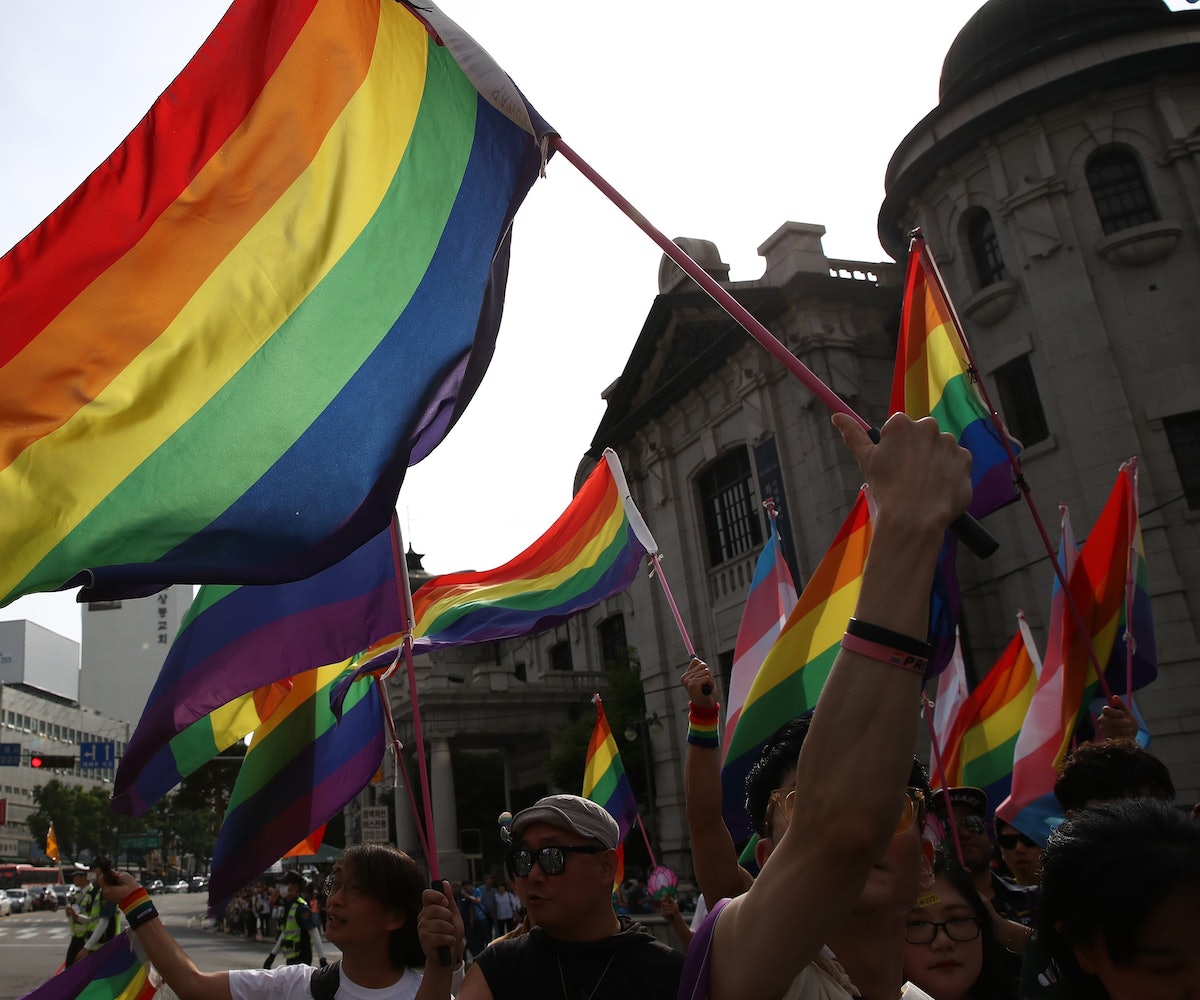 Today, the Gay & Lesbian Alliance Against Defamation (GLAAD) announced the results of its fifth annual Accelerating Acceptance Index, and it shows that we still have a very long way to go in this country in terms of queer acceptance. The survey, which measures how comfortable non-LGBTQ+ people are with people who identify as LGBTQ+, found that the youngest demographic has become less accepting in the past year.

The study presents non-LGBTQ+ people with a variety of scenarios, and they respond with how comfortable they would feel in each situation. There are seven scenarios, such as finding out a family member is queer or learning that their child was taught an LGBTQ+ history lesson in school. While the overall percentage of "allies," or those who reported being "very" or "somewhat" comfortable in each situation, has remained stable at 49 percent since last year's results—though it decreased significantly in 2017, dropping from 53 percent—the rate of acceptance amongst young Americans has declined.

People in the 18-34 age group increasingly responded with being "somewhat" or "very" uncomfortable in personal situations involving LGBTQ+ people. The overall percentage of responders who were "very" or "somewhat" comfortable went from 53 percent to 45 percent, with women going from being 64 percent accepting to 53 percent.

A solid 13 percent of all those surveyed said that they would be uncomfortable in any of the situations listed. This number has remained stable for the five years since the index was created, according to GLAAD.

On top of this, GLAAD has published a list of the dozens of hate crimes that have been committed against queer people just this year. The decrease in queer acceptance could point to why this number is so staggering.