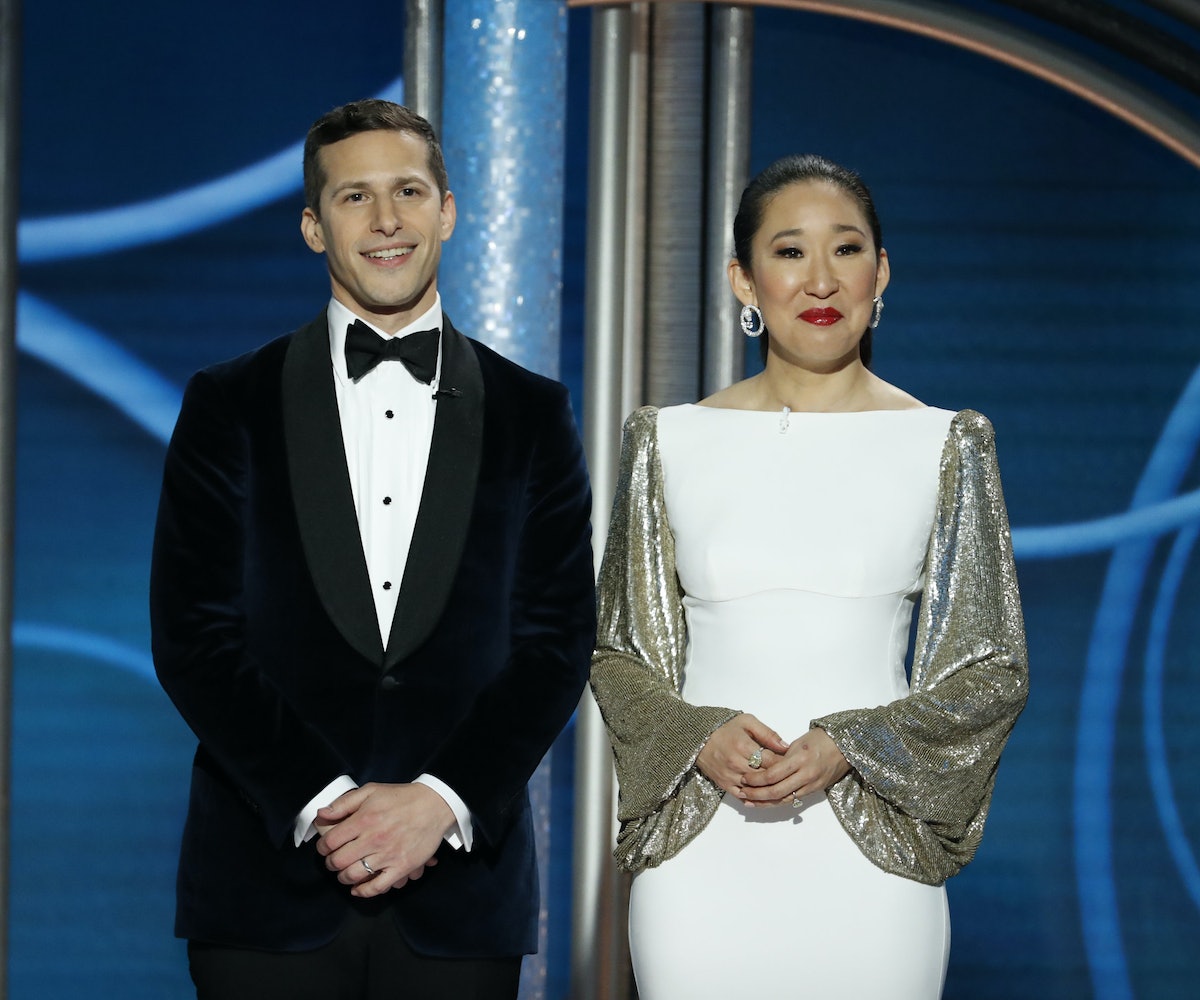 Like it or not the awards season is upon us, and it kicked off last night with the 76th Golden Globes.

This isn't a post about who was snubbed and who won. You can go elsewhere for that. We're here to talk about the best things that went down during the hours-long event. Sandra Oh and Andy Samberg hosted which may seem random but is probably because, as they joked, they're "the only two people left in Hollywood who haven't gotten in trouble for saying something offensive." There were also a bunch of inspirational speeches, as well as some notable red carpet happenings.

Ahead, we break down the most memorable moments from the night.

A young woman carrying Fiji Water attempting to steal the spotlight from celebrities on the red carpet and becoming viral in the process.

Pose cast members Indya Moore and Billy Porter providing us with some of the best, ahem, poses of the night.

Oh's parents being the best part of the show.

Maya Rudolph proposing to Amy Poehler on stage and proving what we already know to be true: They'd make great Oscar hosts.

Everyone suddenly remembering that Christian Bale has an accent.