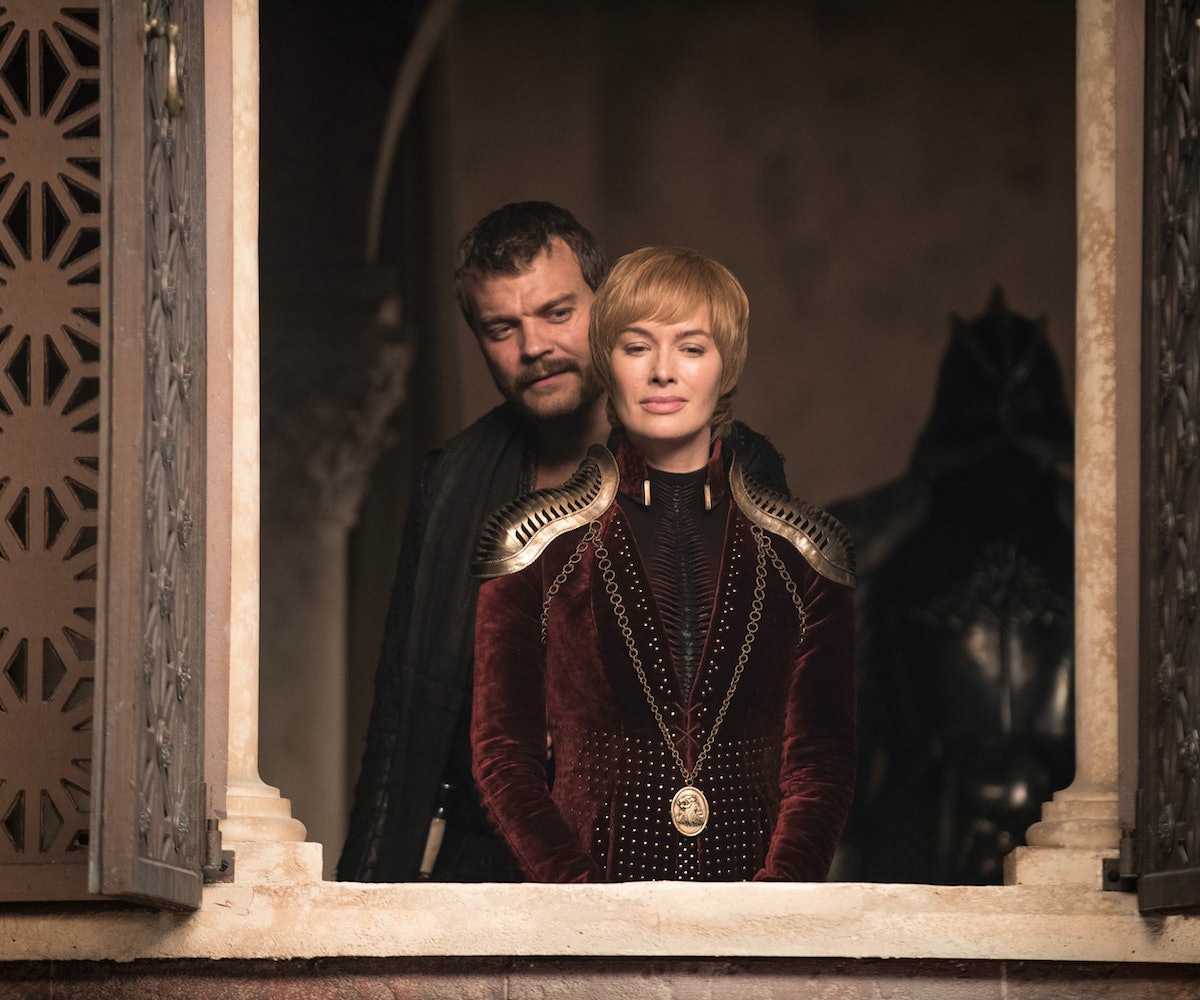 Let's be honest, last week's Battle of Winterfell was kind of underwhelming. We lost some o.g. characters—Dolorous Edd, we barely knew you (like, literally, barely); R.I.P. Little Lady Mormont; fuck you, Theon; and Ser Jorah... you lived long enough—but none of them really hurt. The most exciting moment came when Arya killed the Night King, obviously. I thought for a moment that Game of Thrones was going soft on us, sparing our feelings and giving us happy endings. Well, it turns out this show is still as ruthless as it's always been, because tonight's episode, "The Last Of The Starks,"gave us the death of one of our most beloved characters and I'm honestly devastated.

Against everyone up North's best judgment, Daenerys decides she wants to start her fight against Cersei ASAP, and so splits up her forces, sending Jon and the remaining Northmen and Dothraki down the King's Road, while she heads by sea and by air (aka ship and dragons) down to Dragonstone. But, just as she arrives with her fleet, she is ambushed by Euron Greyjoy—whose ships are now all equipped with those giant, Qyburn-designed, dragon-killing crossbows. Almost instantly, Rhaegal, is struck down and killed. (Tbh, I thought I'd be sadder about it, but I wasn't. The dragons have proven themselves to be less useful than I anticipated.) Then, Euron leads an attack on Daenerys' ships and takes a very valuable prisoner: Missandei of Naath, Grey Worm's beloved and Daenerys best friend. Our girl is taken to the Red Keep where she's not only chained up, but also, her glorious curls get matted and tangled while she's in chains. It was, honestly, so hard to watch. The levels of disrespect were unreal.

It was hard to know exactly what would happen with Missandei, or if we'd even see her until the battle came to King's Landing. But, Tyrion was determined to prevent Daenerys from setting fire to the whole city, and convinced the Mother of Dragon (it's singular now) to negotiate with Cersei, and offer her a chance to surrender. And so we got one more look at Missandei, standing atop the walls surrounding King's Landing, with Cersei and Euron and the Mountain looming ominously behind her.

To the surprise of absolutely nobody, Tyrion misjudged his sister yet again. He tried to plead with her, saying he knew she wasn't a monster, and so hoped to convince her to show mercy to her subjects and her unborn child by surrendering to Daenerys. But Cersei Lannister doesn't negotiate. Not only that, Cersei Lannister is a monster. She made clear that if Daenerys didn't surrender, Missandei would die. And, of course, Daenerys didn't surrender. So, Cersei gave the order for the Mountain to behead Missandei in front of everyone—including Grey Worm. And while, yes, it may have been better that Missandei died rather than live with her wash-and-go in such disarray, she deserved better than this.

If there is any comfort to come from this episode it is in Missandei's last word, which was directed at Daenerys: Dracarys. Translation: Burn the whole thing down.