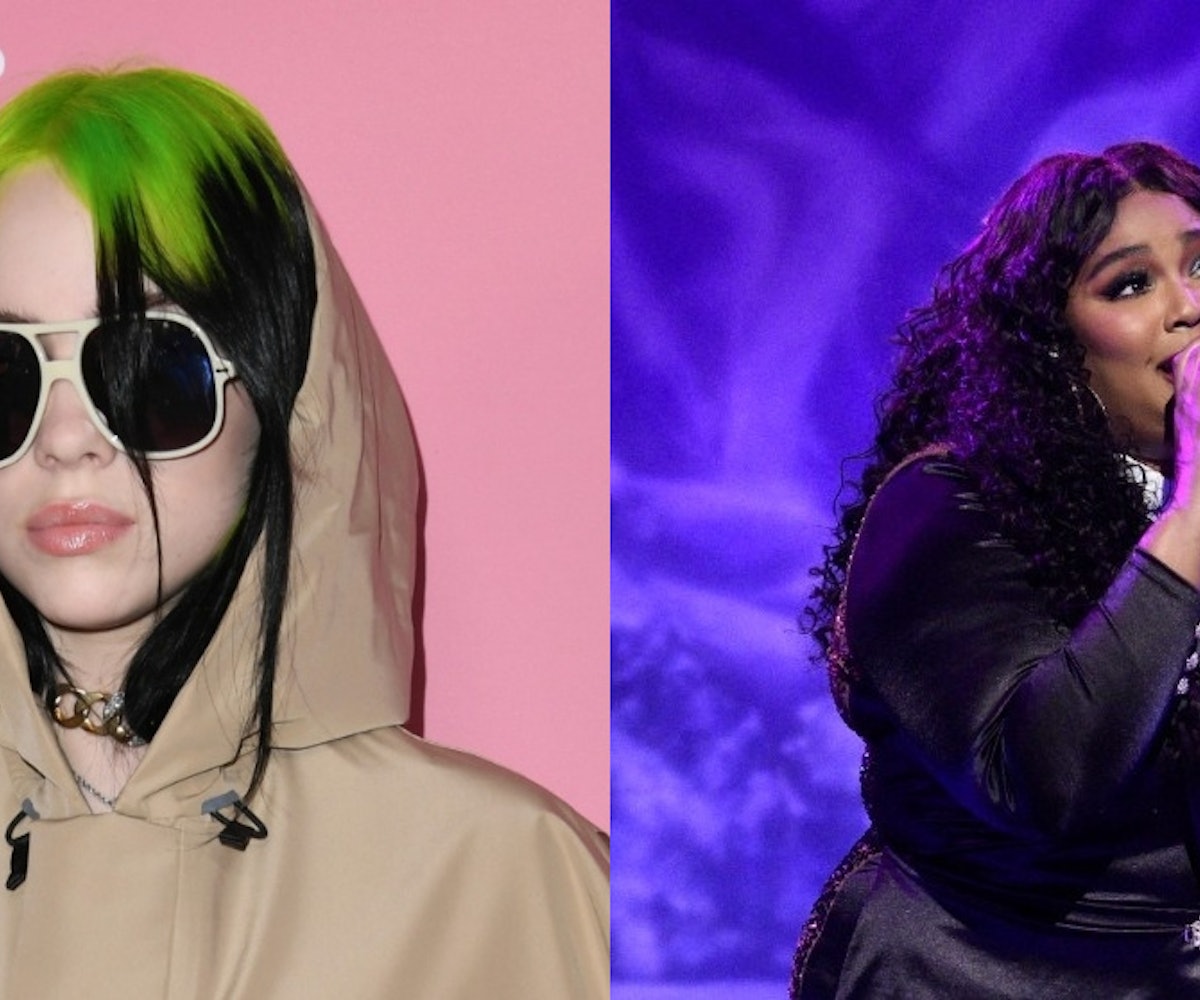 It's official: in addition to being the most-nominated Grammy artists this year, Lizzo and Billie Eilish will also be gracing music's biggest stage with musical sets. The Recording Academy revealed the news on Wednesday when it shared the list of 62nd Grammys Awards performers. Gwen Stefani, Blake Shelton and Aerosmith will also be joining 2019's breakout stars on the line-up. Married duo Stefani and Shelton are scheduled perform a duet, and Aerosmith, who will be receiving the MusiCares person of the Year Award, will play a medley of their hits like "Don't Wanna Miss a Thing." This will be Lizzo and Eilish's first appearances on the Grammy's stage — showing what a big year it's been for both artists in rising to mainstream status.

Though the ceremony is still a few weeks away, it's unfortunate to say that it's already looking to be a pretty predictable — and maybe even boring? — night. It's clear that Eilish and Lizzo are getting their rightfully earned recognition, but here's to hoping the next round of announcements will include some much-needed surprises to shake things up.

The 2020 Grammys will air on January 26 on CBS, and Alicia Keys returns to host the ceremony. See the full list of Grammy nominations, and the year's biggest snubs and surprises.

NEXT UP
Entertainment
Muni Long On The Grammys, Burnout & Not Worrying About The Labels
Entertainment
Meet Amy Allen, The Grammy-Nominated Songwriter Behind Pop's Most Honest Hits
Entertainment
FLO Is Headlining Their First US Tour This Spring
Entertainment
Beyoncé Announces 41-Date 'Renaissance' Tour
Style + Culture, delivered straight to your inbox.