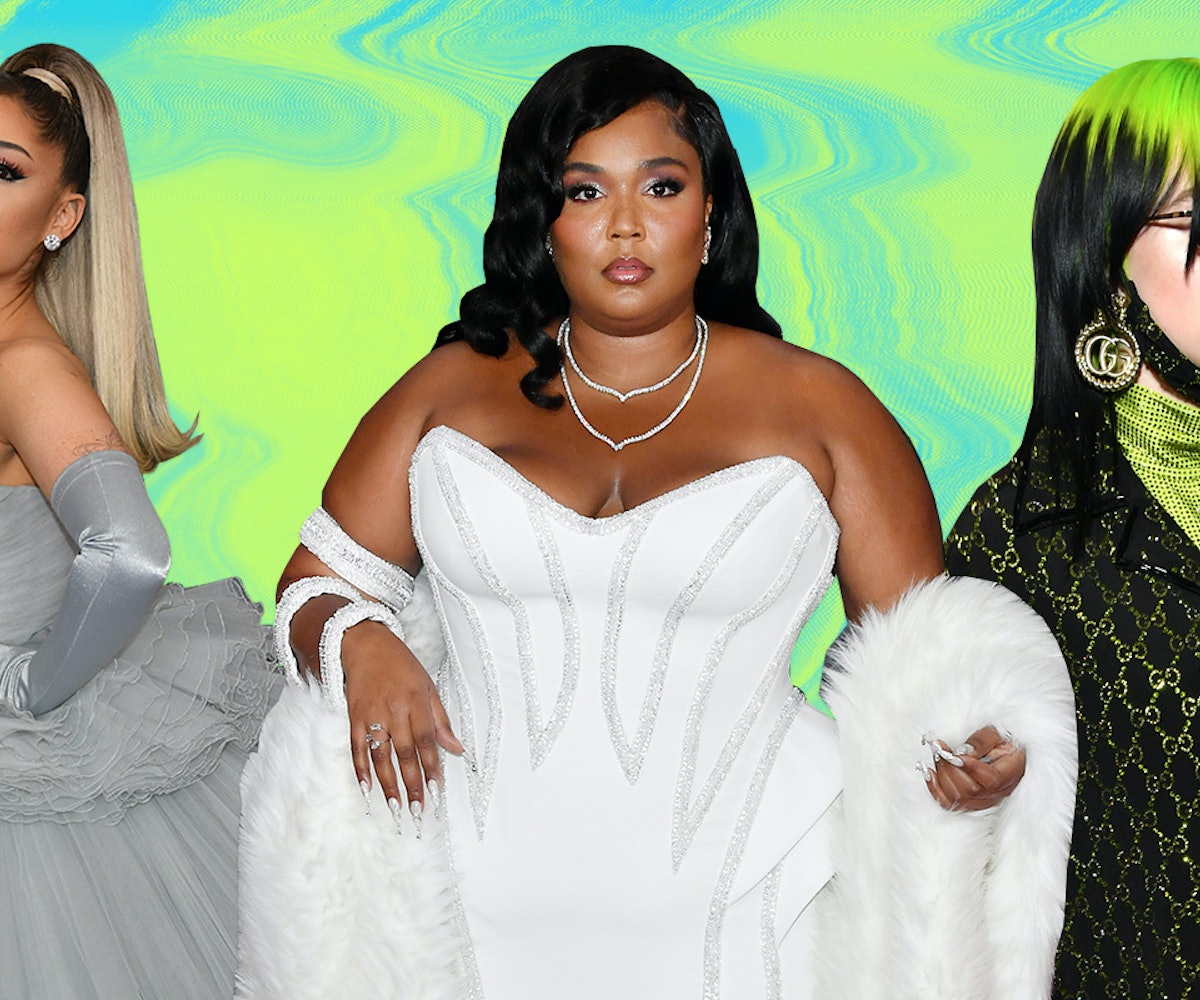 The Grammys arguably has one of the best red carpets when it comes to fashion: Rihanna's 2015 pink Giambattista Valli gown, Lady Gaga's Bowie-inspired look in 2016, and, of course, Jennifer Lopez's iconic jungle-print Versace gown back in 2000 — all of which happened at the annual awards ceremony. The eventful night always attracts some of music's best (both established and up-and-coming) all together in one room to deliver their own personal takes on style, and the 2020 Grammy Awards red carpet did not disappoint.

Lizzo was one of the first to arrive on the red carpet, and quickly shut it down in a glamorous white Versace gown and matching stole (very reminiscent of an old school Britney Spears moment). Maggie Rogers had a full-circle moment in vintage Chanel from 2013, the same year she wrote her breakout song "Alaska." Billie Eilish went full-on logomania in a custom Gucci look (including custom Gucci nails). Oh, and Billy Porter stepped out in a Baja East look with over 70,000 crystals on it, which included a remote-controlled hat inspired by Eilish herself.

See these and more of the best red carpet moments from the 2020 Grammys, below.

Jessie Reyez was the actual dancing woman emoji in a flowing red gown by Romona Keveža.

Ozzy and Kelly Osbourne had a daddy-daughter date night on the red carpet.

Joe Jonas and Sophie Turner were a shiny duo on the red carpet.

Diplo brought his classic yee-haw aesthetic to the red carpet.

Chrissy Teigen wore an orange gown with a high slit.

Cardi B, in Mugler, and Offset, in Chrome Hearts, were fashionably late to the Grammys.