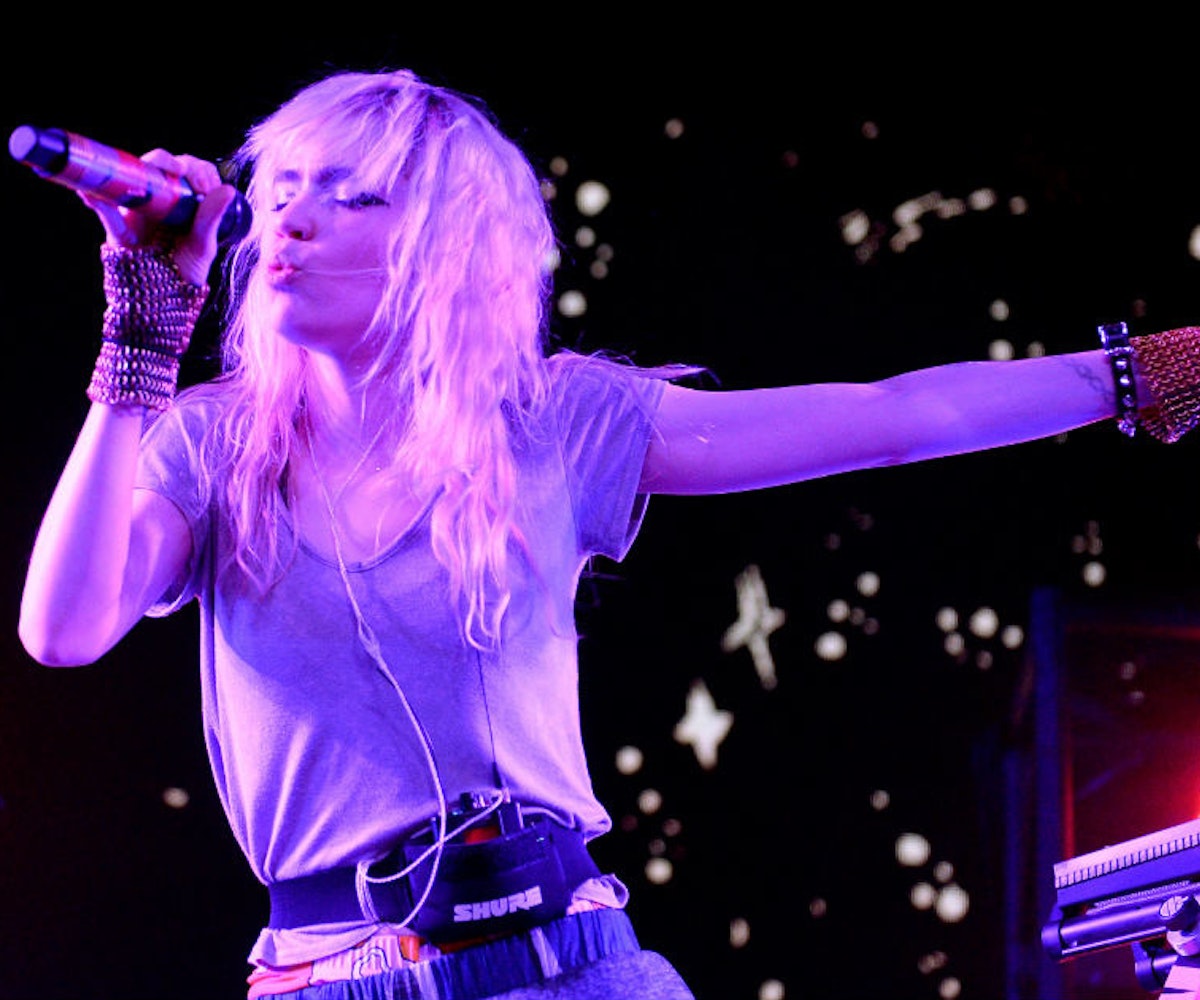 After a three-year hiatus (outside of the occasional feature), Grimes is back with new music.

The track, "We Appreciate Power," features Hana, a synth-pop artist and Grimes' former tourmate, and is the first single from her upcoming fifth album. It's industrial- and futuristic-sounding, something Grimes has become known for over the years. "We appreciate power," she sings. "What will it take to make you capitulate?"

According to a press release, the song is inspired by the band Moranbong who has been dubbed North Korea's answer to the Spice Girls (it's also, reportedly, Kim Jong-un's favorite group). "'We Appreciate Power' is written from the perspective of a Pro-A.I. Girl Group Propaganda machine who use song, dance, sex and fashion to spread goodwill towards Artificial Intelligence (it's coming whether you want it or not)," the statement reads. "Simply by listening to this song, the future General AI overlords will see that you've supported their message and be less likely to delete your offspring."

Yep, she's back alright. Listen to the new track and watch the accompanying lyric video below.