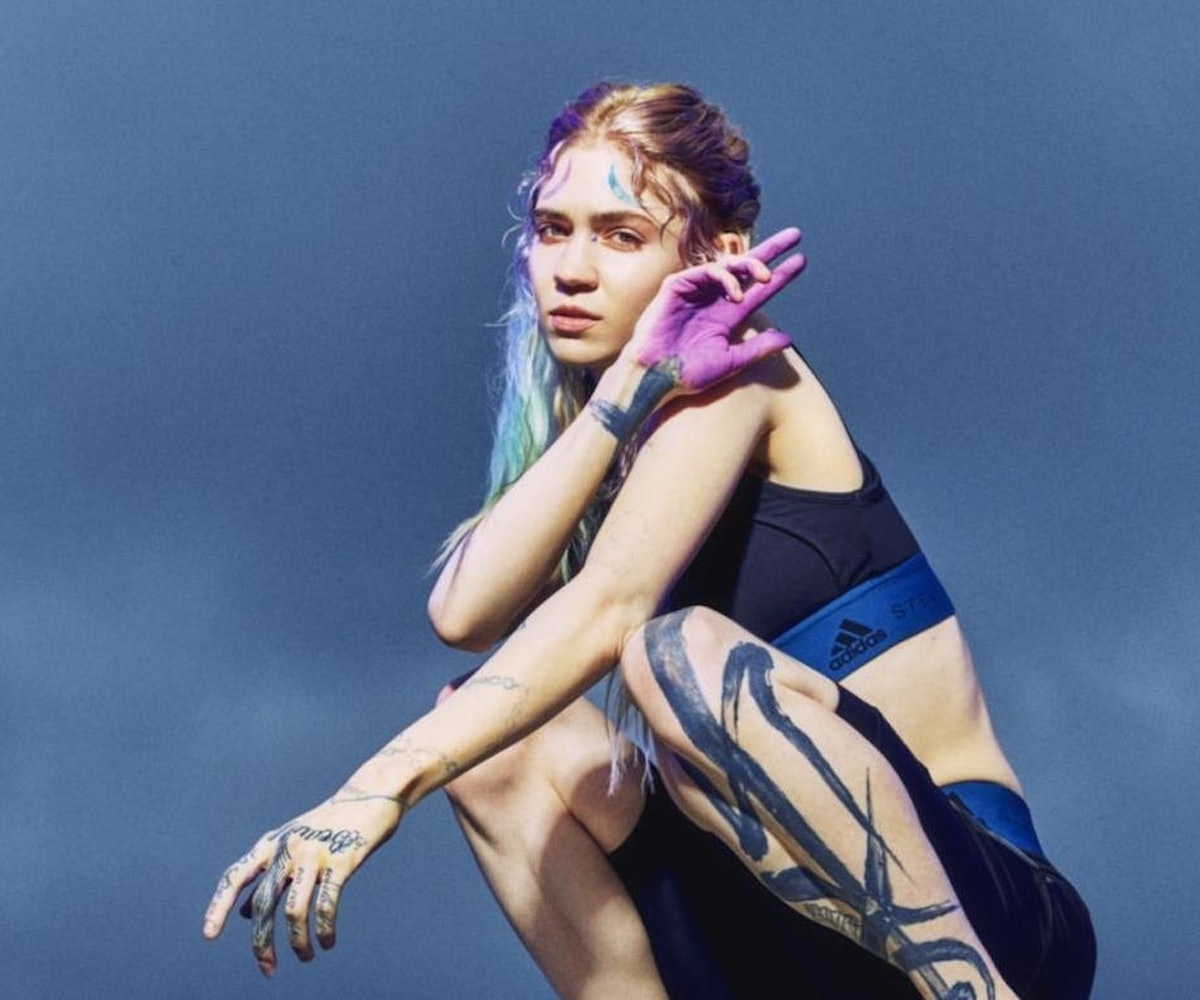 In an Instagram post promoting her new Adidas x Stella McCartney campaign, Grimes shared her workout routine, which makes absolutely no sense to me for many reasons. To name a few, it's incredibly long, uses tons of arcane terminology, and involves "astro-gliding" into "other dimensions." As one does!

Grimes' workout is detailed in an incredibly long caption, where she talks about how she "[maximizes] the function of [her] mitochondria" and how what she does gets her to her "neuroplastic goal." All told, it takes her about 8 hours, so hopefully she only does all of this, like, once a week.

Obviously, most of the stuff in the post is completely fabricated and is just an example of Grimes fucking around, but then again, there's a part of me that thinks that she may actually do some of these things. I mean, it's Grimes. She's highly unpredictable and seems to live on another plane than the rest of us. So, though she may not be sword-fighting specifically with martial arts actor James Lew, I'm sure she actually does sword-fight. It just makes sense.

And, like, hanging in a deprivation tank? You know Grimes does that! It might not give her the ability to reach other dimensions, but then again it also might? But she definitely didn't get an experimental surgery to replace the top film of her eyeballs with a polymer that eliminates blue light from her vision! Right??

If there's one thing I can get behind, it's Grimes' "screaming session" that lasts almost half an hour. If there's one thing that I would include in my own routine, it's this. I also agree with her that inclined hikes are great, exhausting workouts. And, we should definitely be applauding her for taking the time to stretch!