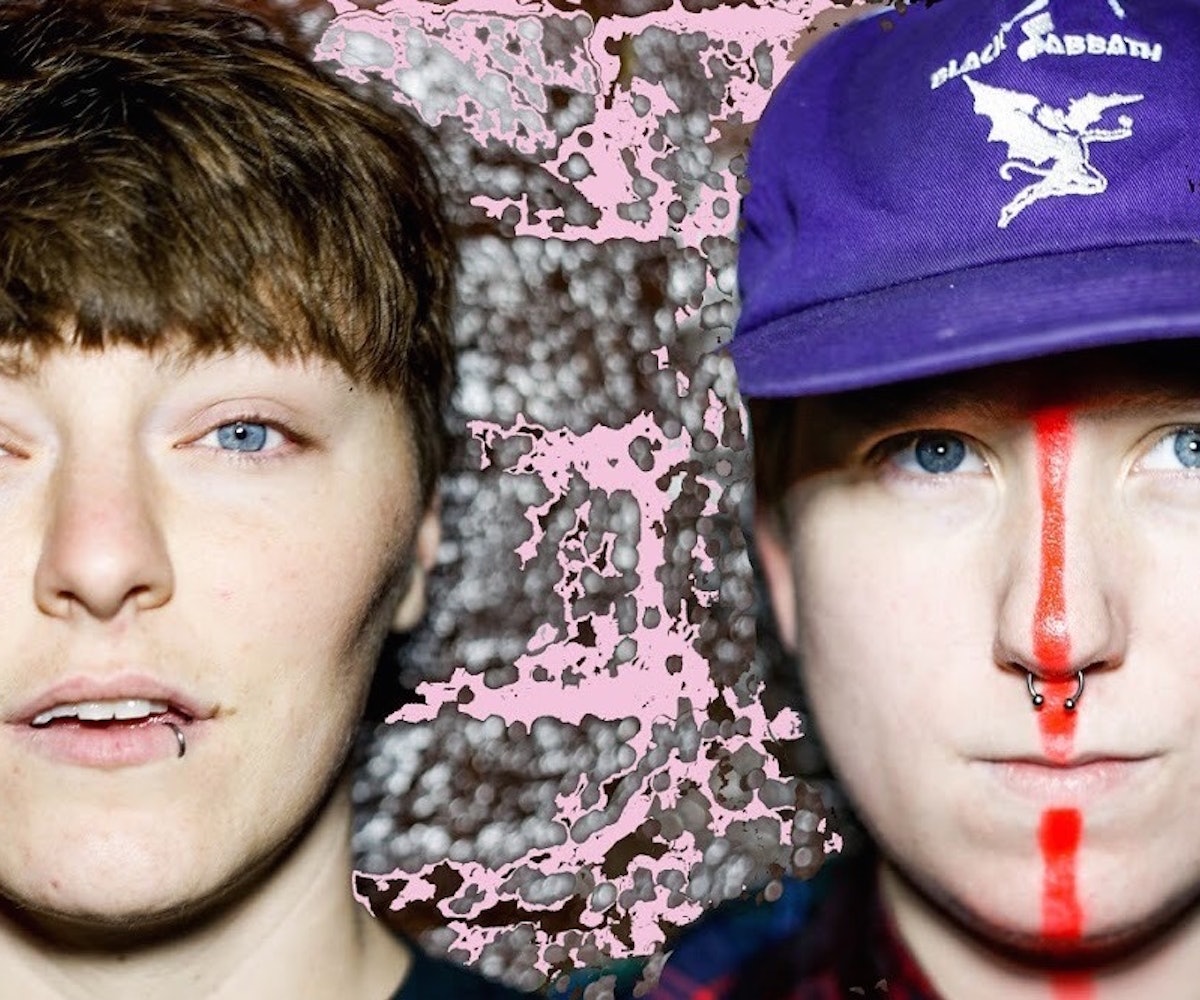 With a knack for wielding masculine braggadocio like the blunt, absurd thing that it is, GRLwood turned heads earlier this spring with their debut album, Daddy. Their music is full of contradictions: slick but jagged, cocksure but paranoid. Even the album cover, which features a dissolute older gentleman against a garishly pink background, plays to this tension.

The Louisville-based duo, whose repertoire includes songs with titles like "Vaccines Made Me Gay," brandish subversion in a way that exemplifies the tenets of dyke camp. It's living, breathing, screaming queer theory minus all of the pomp. What's left over is raucous, filthy fun.

Though the dick jokes and persistent Oedipal references give their music a raunchy edge, the raw power in singer and guitarist Rëj Forester's voice isn't to be underestimated. In their new song, "Frreakout," the two-piece truly flexes their range, with Forester's vocals wavering between languor and mania as they lead you through an eerie soundscape of surf-tinged psychedelia. "Tourette's and PTSD make me freak out, and I'm always freaking out," Forester tells us. "We all freak out sometimes, or a lot of times."

Let GRLwood be your guide through the gnarly terrain of your own next freakout, and listen below.