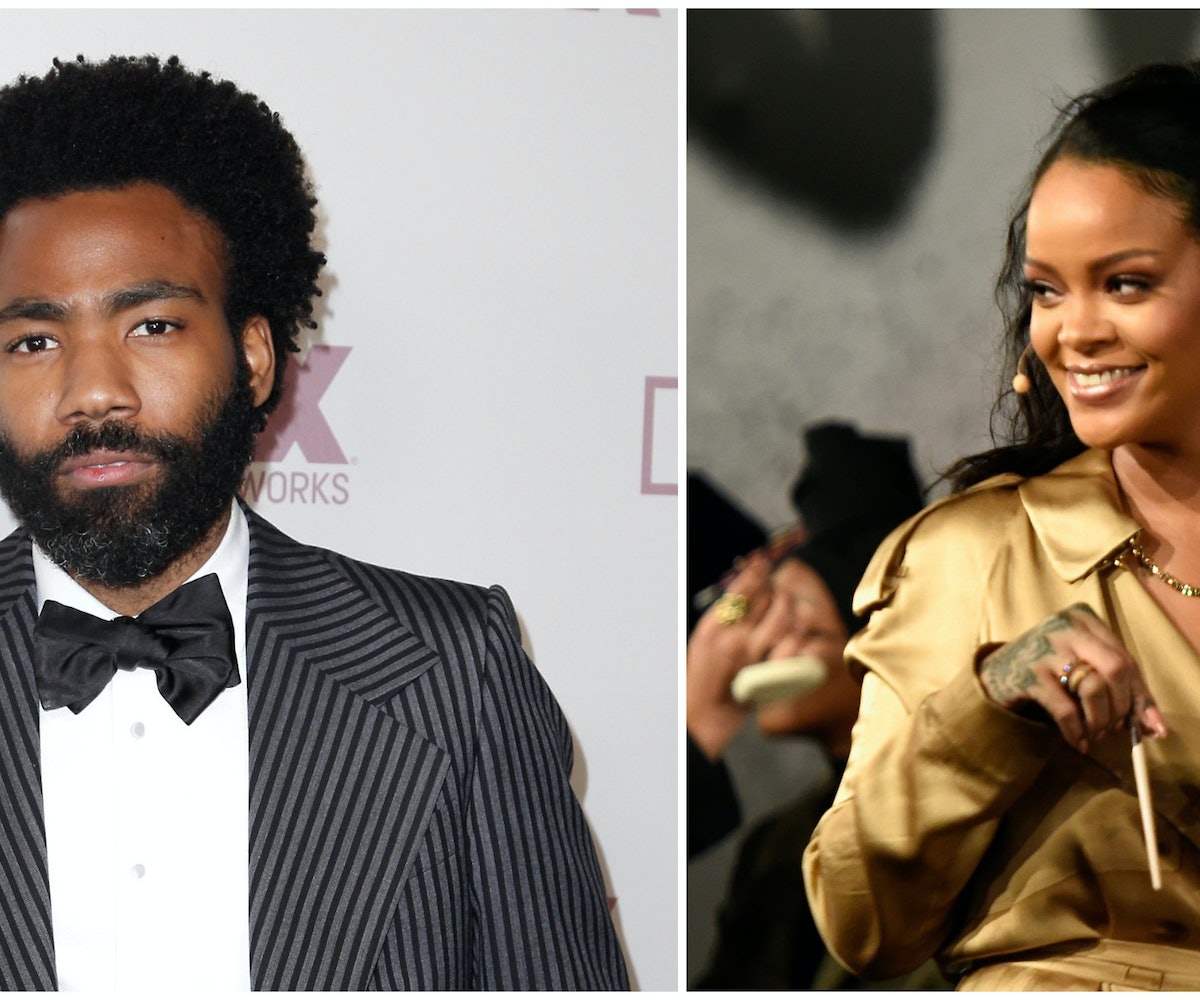 Cancel your weekend plans. Rihanna and Donald Glover's film project Guava Island will be released this Saturday, according to Glover himself. Finally, we'll get to see what they've been keeping secret for the past year.

We've known little about the film since it went into production, but now it will be available to stream as early as this weekend. In a statement to Billboard, Glover revealed that the project will become available on Amazon Prime starting this Saturday, April 13 at 12:01pm PST. He also noted that it will be streamed on Twitch at 5pm PST for free, and will be screened at Coachella until the end of the festival.

In the statement, Glover expressed the pride he has for the project, saying it's one of his best. "I'm really humbled having the opportunity to present something this timely and timeless," he said. "Between Rihanna and the people of Cuba, this is one of my favorite projects I've ever worked on."

The film stars Glover and Rihanna, as well as Black Panther's Letitia Wright and Game of Thrones' Nonso Anozie. Glover notes that it was the "end result of four incredible weeks spent in Cuba with some of the most inspiring creative talents I've ever met... Designers, performers, musicians, and filmmakers came together from all over the world to create this crazy fever dream of a production."

Still no word on R9, though.