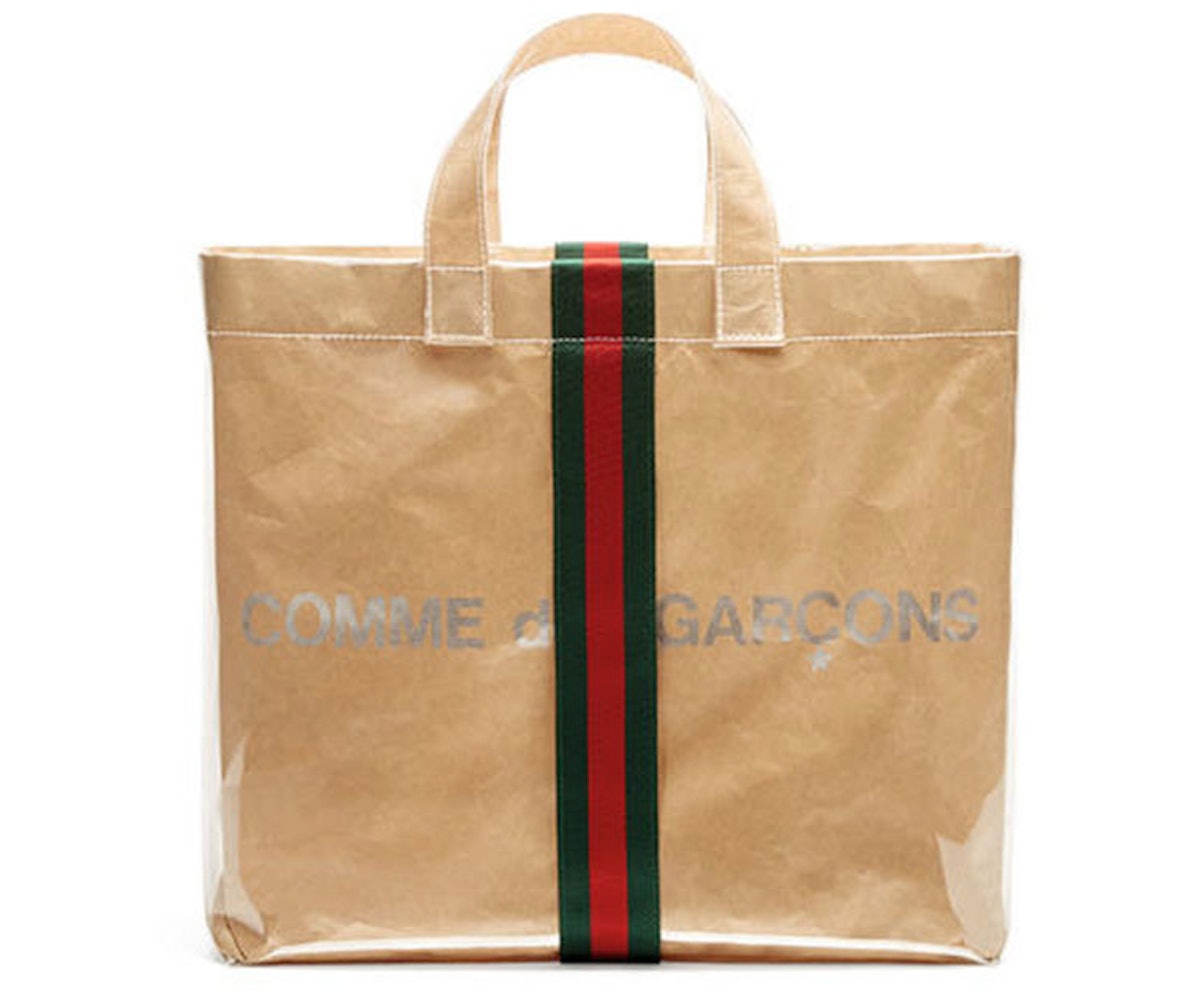 Gucci and Comme des Garçons have teamed up to create an item every hypebeast will want to add to their Christmas list.

While the two brands aren't exactly aligned stylistically, they have managed to combine their aesthetics and come up with a... plastic-covered paper shopper. The bag is an updated version of Comme des Garçons' already beloved plastic paper tote bag that launched back in 2015. The new iteration includes a silver CDG label printed across a plastic bag with the signature Gucci red-and-green stripe running vertically.

According to reports, it was made in Japan and launched in the country's Dover Street Market Ginza on November 23. The international rollout will start on December 6. The price hasn't been revealed yet, but, judging from the popularity of CDG's original shopper, you'll want to set up an alert, like, now regardless.

The Gucci x Comme des Garçon collaboration is one of many that CDG is rolling out this season. According to Hypebeast, CDG's Rei Kawakubo has also teamed up with Burberry, Simone Rocha, Maison Margiela, and more.