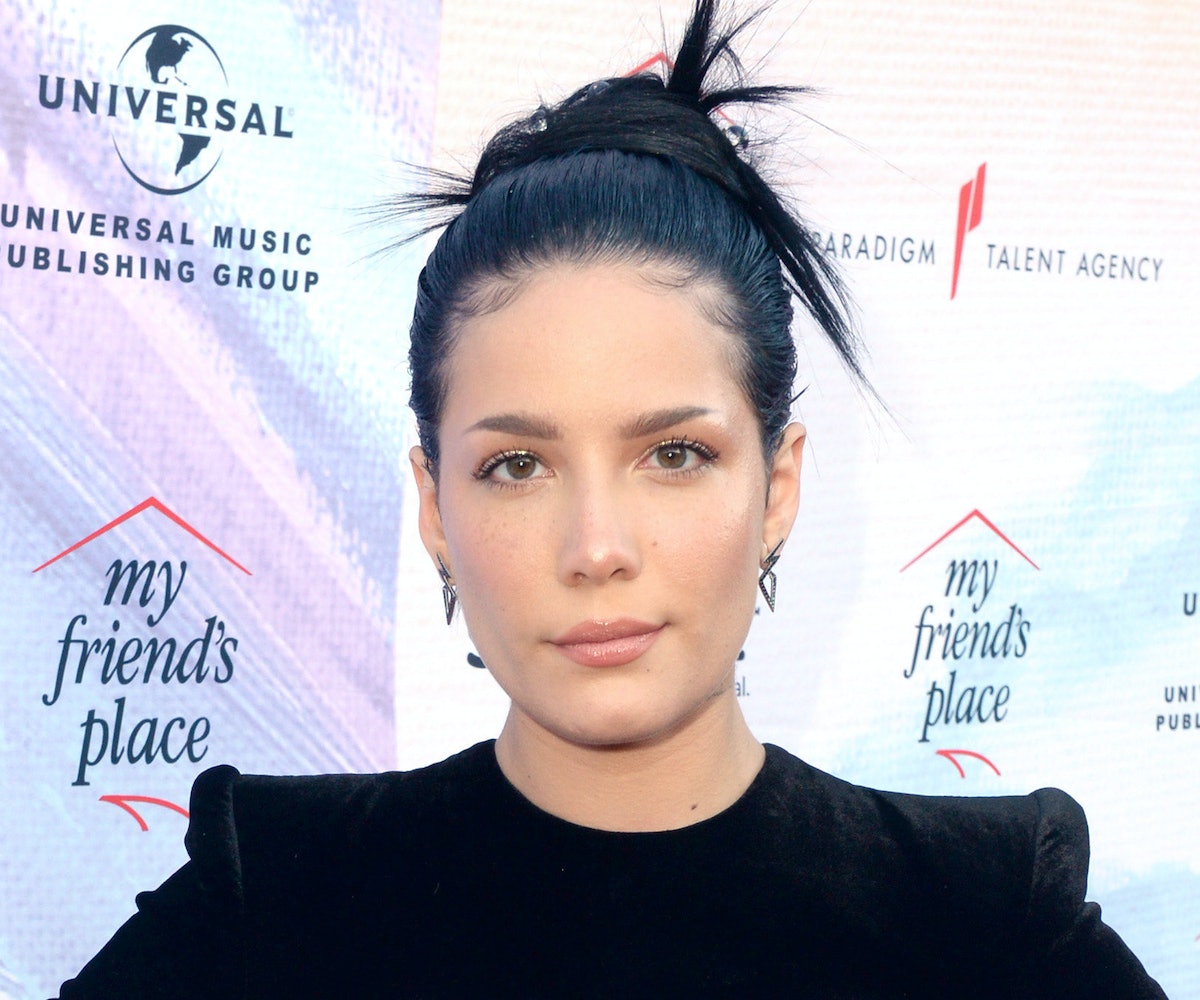 Photo by Vivien Killilea/Getty Images for My Friend's Place

During a benefit for the homeless on Saturday, Halsey opened up about her own experience with homelessness. She was being honored at the Ending Youth Homelessness: A Benefit For My Friend's Place in Hollywood, and talked candidly about the fact that she considered sex work to pay for food.

Her speech touches on the fact that she faced much different obstacles than her friends did at the time. "When I was living in New York, I was a teenager," she said in her speech. "My friends were picking out decorations for their dorms, and I was debating on whether or not I should let a stranger inside me so I could pay for my next meal."

Herself bisexual, Halsey brought up the fact that as much as 40 percent of homeless youth identify as LGBTQ. "Many of them have been ostracized from their families and from their communities because of people who don't agree with their lifestyle," she said. She also notes the larger problems that this could have. "This means that they have a harder time getting access to health care, to legal services, to education, to mental health services, which makes it all the more difficult for them."

The singer also referenced the stigma that homelessness carries, using her story to show that they are not always true. "It wasn't because I did something bad, it wasn't because something was wrong with me, and it wasn't because my parents didn't love me, 'cause they did, very much," she said. In 2016, she told Rolling Stone that she was kicked out of her home because she dropped out of community college.

Both homelessness and sex work are still highly stigmatized, so it's great that Halsey is using her platform to change the narrative.