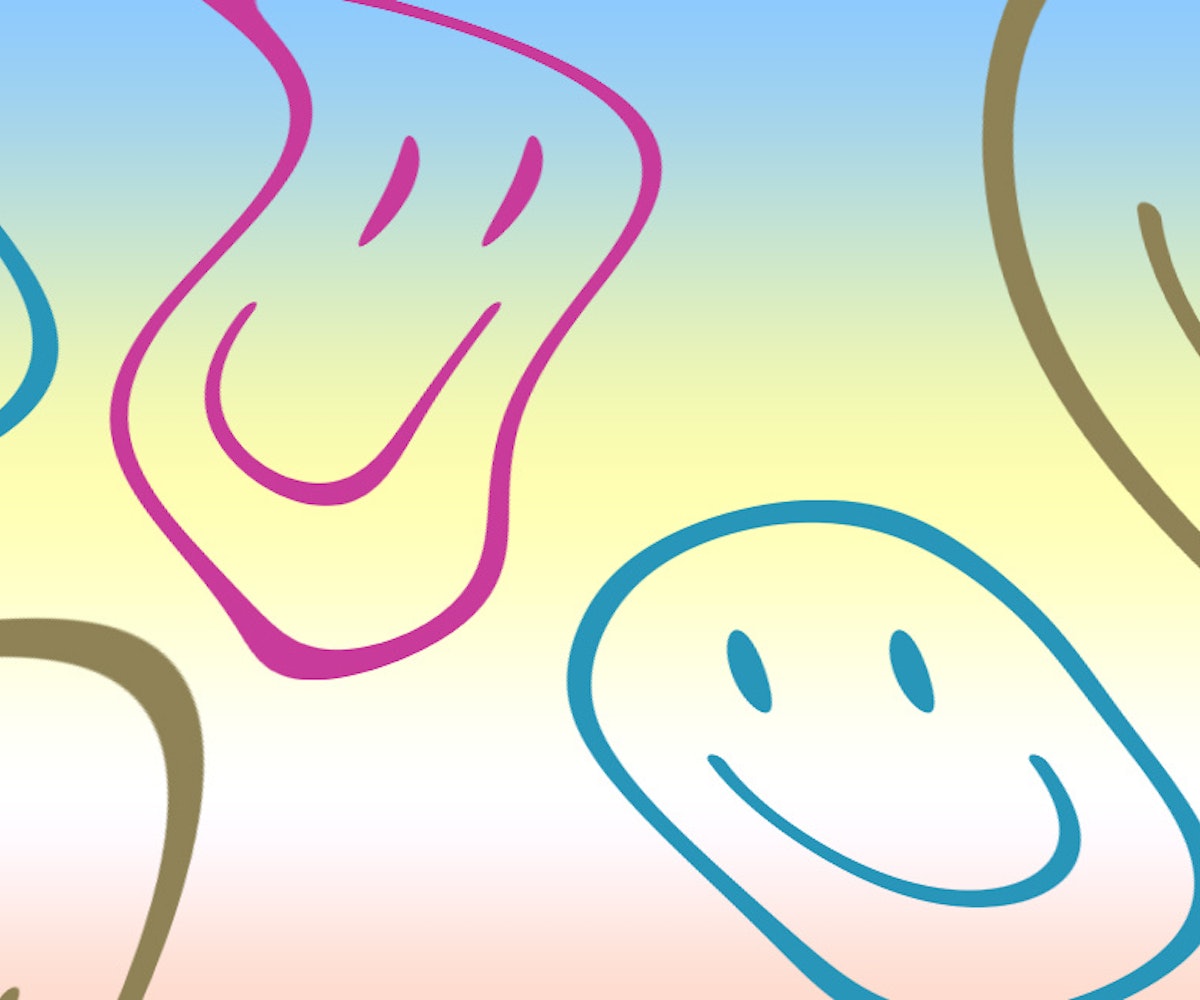 Pretty much everything makes me anxious, including trying to deal with my own anxiety. While I've overcome the fear of making the call to seek out a therapist, it feels near-impossible for me to take small steps every day to deal with my anxiety and stress load. And even though there are tons of apps out there designed to help me do things like track my mood or help me meditate, I had never found one that actually worked for me. This is probably due to many things, but mostly, it's my fear of inadequacy, which leads to an inability to function. And then there's the sterility of the apps themselves. All of the ones I'd tried looked similar, and didn't feel personal to me. And I definitely have trouble opening up to what feels like the app equivalent of a random stranger, because I have social anxiety on top of my regular anxiety.

The only app that has actually worked for me, and that I haven't purged from my phone less than a week after downloading, is Happy Not Perfect. And, speaking with the app's founder Poppy Jamie, I realized that it was probably because she consulted tons of experts to land on the iteration of the app that's now in use. And though the format of the app is informed by years of research, it doesn't have the sterile feel that you'd associate with a doctor's office. It feels uniquely personal and seems to know what I need when I need it.

Jamie consulted experts from a variety of fields related to mental health to tell her "the basics about what we should all know about our mental well-being" from a young age, which inspired her to make that knowledge more easily accessible for everyone. "We go to school for years, but we don't learn how to be human beings," she says. And, she found that "the smallest things can totally change your day, but very few people have access to professional resources."

Those conversations and "two years of research" on her end created Happy Not Perfect, which she says is "a five-minute experience that has 40 years of positive neuroscience" packed inside. Among the many professionals listed as the app's guides are a neuroscientist, a psychologist, a psychotherapist, breathing trainers (Jamie herself is certified), meditation specialists, and even a Buddhist monk. Each of them brought something different to the table, but Jamie found that many of their tips and tricks aligned with one another, which helped her map out the best ways to set up the app's daily ritual.

What resulted was a seven-step process, to be repeated each day, which changes slightly depending on how you feel. The first step is always a check-in on how you're feeling, and whichever adjective you choose (like, "ok," "weird," "in love," "meh," or "worried") leads you through a curated ritual, though it always follows a similar pattern that hits on all the necessary targets. And just by giving a name to the emotion you're feeling can help you to "start reducing the impact of painful emotions," and allow you to get a jump-start on working through what you're feeling.

After putting a label on your feelings, users are taken through a process that allows you to refocus your habits to help naturally reduce as much stress as possible. The second step is a breathing technique. Jamie notes that most of us are bad breathers (including me, she pointed out, to my surprise) and that the way we hunch our shoulders when we take breaths actually activates our fight-or-flight response. Simply breathing with your belly instead of your shoulders puts you at ease and makes you feel more relaxed, by activating your vagus nerve. Just with this one simple change, she says, "suddenly you're able to make better decisions, you're able to concentrate, and you're able to be more creative."

Other steps have users type out what they're feeling, which multiple specialists told Jamie was an important step when processing or dealing with emotions. "Journaling is one of the most powerful ways to look after your mind, because you start processing and digesting emotions," she says. As someone who has always felt too intimidated to journal, these steps were the most eye-opening for me. When I'm given a task, the look of a blank sheet of paper (or a blank document of any kind) makes me think about how I need to fill up the whole page with words and ideas, and can send me down a rabbit hole of anxiety that what I come up with won't be good enough. But with Happy Not Perfect, there's no judgment.

One step prompts you to write out what is worrying you so much, and when you're done, you can symbolically light all those bad vibes on fire (it's just a visual, so your phone won't catch fire with this step!). Another guides you to list a few things you're grateful for. By doing this on a daily basis, Jamie says it will start "stimulating brain chemicals like serotonin that make you feel good" and claims that you'll "start rewiring your brain to start looking for more things you can be grateful for every single day." Another, depending on how you're feeling, will ask you to set a goal for yourself (if you're having a good mental health day) or write a list of what you love about yourself (if you're going through a rough time and may need some encouragement).

The process seems like a lot, like a rigorous check on where your mind is. But when you open the app up, it feels like a breath of fresh air instead of the battleground between you and the anxiety you've kept pent up for the past 24 hours. The aesthetics of the app are designed to ensure that it doesn't feel too medical and that users don't feel overwhelmed when, say, they're being prompted to write out their innermost insecurities. And especially when I'm having a bad mental health day, being forced to think hard and reckon with what I'm feeling can cause a breakdown if I don't engage with myself in the right way, meaning, gently and with a healthy dose of distraction from my problem. But the app's design was made with this in mind, and thus makes you feel like you're not under any pressure.

Aesthetics and app design are too often overlooked in the sphere of mental health. And while something that seems as simple as text font or the background of a slide doesn't seem like it would make a world of difference, it actually can. Jamie worked with a design team for months to make sure that something so technical as an app to help with mental health didn't look sterile, "like you're going to a clinical doctor, because everybody always feels bad [there]." The result is a platform with bright colors and bold fonts, reminiscent of a bullet journal, but one for your mind.

Jamie knows that this isn't a stand-in for a mental health professional, though: "For some people seeking out professional help is absolutely critical, medication is critical, and it's amazing that there are resources and other apps out there that connect you with professionals," she says. " But for us, we just wanted to make sure that however you're feeling, you could check in for less than five minutes." Most people who go to therapy or seek guidance from professionals go into an office a couple of times per week, but Jamie argues that "you have to do something about your mental health every single day" to make sure it doesn't get overlooked.

This app doesn't cure your anxiety, and it doesn't fill the role of a doctor or therapist. It can, though, make the unbearable just a little easier to manage, so you can get to the doctor in one piece. And it has the ability to make something that seems so daunting, actually digestible.

NEXT UP
Culture
6 Shows To Binge Once You've Finished 'The White Lotus'
Astrology
February 2023’s Full Snow Moon in Leo Embraces The Real You
Culture
Who Won At The 2023 Grammys
Culture
The Cutest Couples At The 2023 Grammys
Style + Culture, delivered straight to your inbox.