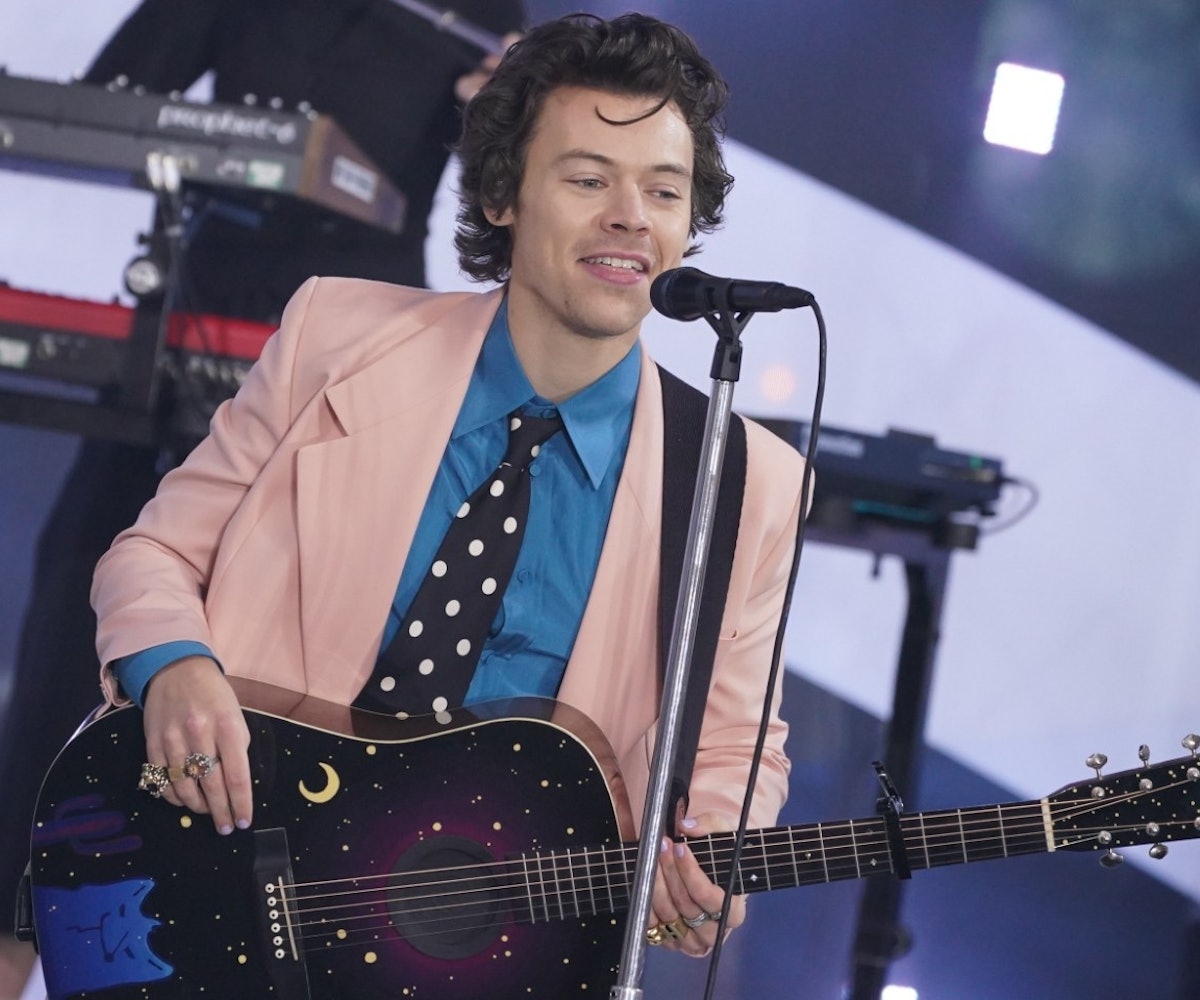 As if Harry Styles hasn't blessed fans enough with the announcement of his upcoming world tour, Love On Tour, he's now added two new show dates in October, which he's cutely dubbed "Harryween." Taking place on October 30 and 31, the two nights at New York City's Madison Square Garden will feature special guest Orville Peck and encourage guests to dress up in costume. Tickets for the special dates go on sale March 5, which means you'll then have the next eight months to wildly speculate what Styles' will be dressing up as.

Styles is currently promoting his sophomore album, Fine Line, which came out in December 2019. On Monday, Styles shared the mysterious teaser for the forthcoming "Falling" video.

Style's Love On Tour already has three sold-out July shows at MSG, and will kick-off in April with a few United Kingdom dates, before moving into the U.S. starting July 6. Styles has curated a pretty kicking line-up for the entire run of dates with King Princess accompanying him in Europe, and Jenny Lewis and Koffee taking over for the North American leg. Though Harryween is a long ways away, tickets are expected to sell out quickly, so spend more time thinking about making it to MSG rather than your costume choice.