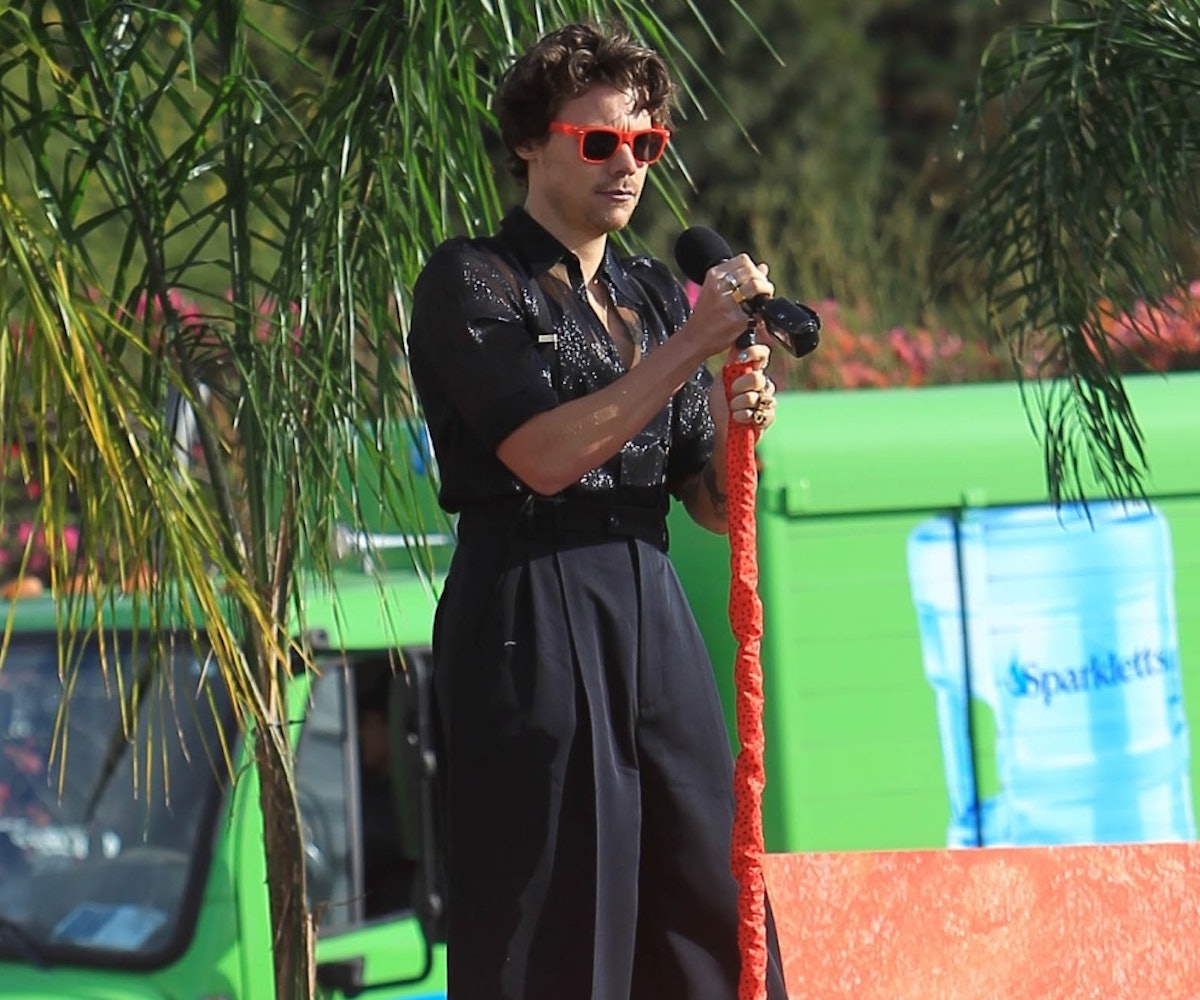 Harry Styles gave the lucky and likely peeved commuters of Los Angeles a "crosswalk concert" at the intersection of Beverly Boulevard and Genesee Avenue for his most recent appearance on The Late Late Show with James Cordon. The pop singer — who's recently been on a whirlwind of promo for his second record, Fine Line, dropping on Friday — joined the late night host for a series of 30 second concerts that could only happen when the crosswalk sign was on. Predictably, chaos and hilarity ensued.

After handing out concert fliers to reluctant drivers and selling exorbitantly-priced tickets to passersby, Styles performed snippets of "Kiwi," "Lights Up," and "Watermelon Sugar" for the modestly-sized crowds of cars waiting at the red light. He ended his set with the dramatic "Sign Of The Times," which Cordon had him belt while being suspended from a zip line-like contraption. Though Styles was without a backing band, he did have an arsenal of back-up dancers, wacky props, and pretty impressive sets, given the size of the "venue." Watch the full video below.

Styles last appearance on The Late Late Show was on Wednesday when he played Spill Your Guts or Fill Your Guts with Kendall Jenner. Last week, Styles shared his amphibious music video for "Adore You."