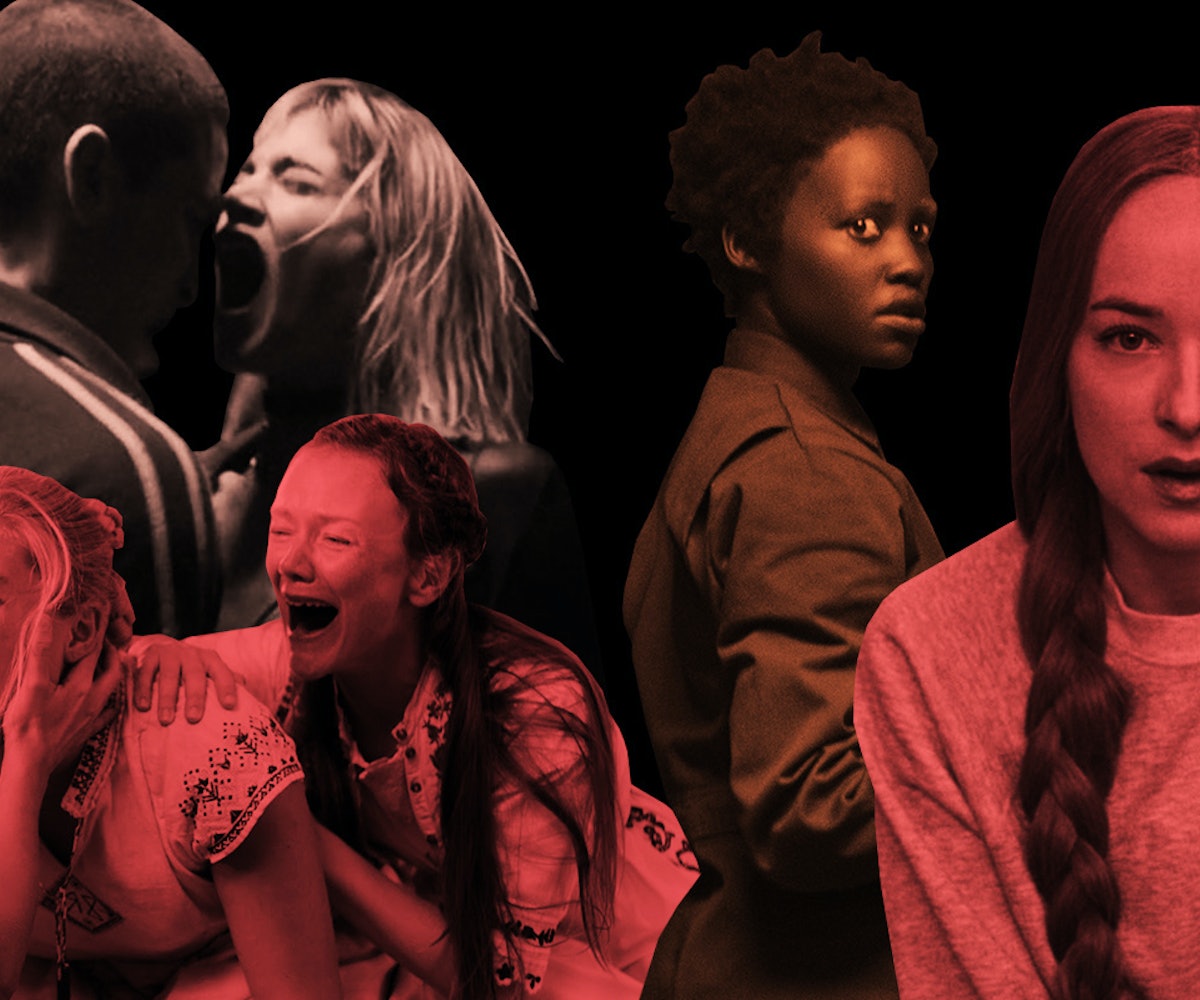 Photos from A24, Amazon, Universal

Much has been made of "elevated horror," a term invented to describe the contemporary glut of scary movies with somewhat avant-garde aspirations—as if lower-brow cinema didn't have artistic aims or aesthetic merits of its own. The creation of the amorphous category has been on the receiving end of backlash for its inherent snobbishness, but the debate about the use-slash-value of the term obscures the content of the art in favor of an argument rooted in pure pedantry. While this discussion ensued, it seemed another trend in horror cinema had emerged: the rise of the haunted dance film.

(Warning: spoilers for several films ahead)

From 2018 to 2019, a number of horror movies have featured the art form of dance as a key aspect of the plot or organizing aesthetic: Us, the Suspiria remake, Climax, Midsommar, and Annihilation are the prime examples of this trend. Perhaps it was the success of Black Swan in 2010 that paved the way (or maybe even the "Thriller" music video long before that), and the occasional bombastic musical number in handful of American Horror Story episodes certainly helped its spread. Meanwhile, earlier traces of the sub-genre can be detected in the campy burlesque scenes of From Dusk Til Dawn, Nightmare on Elm Street 2, Return of the Living Dead, Death Proof, and House of 1000 Corpses.

The ascension of EDM as a predominant musical genre, thus making dance a central part of many millennial and Gen Z experiences, might be tied to the growing prevalence of these newer films, as well. For example, in Raw, the 2016 Julia Ducournau film about sisters in veterinary school struggling with their cravings for human flesh, underground raves serve as the only outlet for the otherwise highly militaristic lifestyle required by the school's dystopian training regiment. Extremely hedonistic parties have become the setting for so much personal drama in the 21st century, it's not surprising raves are now serving as the backdrops of number of movies.

While "body horror," a sub-genre defined by corporeal violations as opposed to strictly supernatural ones, has long been recognized as its own unique category, the haunted dance film has a slightly different set of concerns. The body—usually the female body—remains the locus of terror in these movies, but it is usually seen as a kind of metaphorical conduit for monstrosity rather than the site of it. Whereas body horror saw women as victims, the haunted dance film tends to see women as vessels of a kind of dark influence, but since most of the filmmakers behind these movies are men, the portrayal of this is often fetishistic as opposed to empowering.

Women's bodies have been viewed as both corrupted and corruptive since long before the story of Adam and Eve, and the haunted dance film explores this dynamic as its project. Luca Guadagnino's Suspiriaremake, loosely based on Dario Argento's 1977 technicolored Giallo film of the same name, is the most literal expression of this, with Madame Blanc's dance school essentially serving as a gate to hell, opened only by the feverish sexuality of her pupils. Climax, Gaspar Noe's visually stunning, acid-laced movie about a group of breakdancers and voguers accidentally tripping on psychedelics (resulting in both orgies and murder), is a more misogynistic take on this theme. In his movie, the overflowing libido of the female (and queer) characters is fueled by a cocktail of drugs but results in explosions of violence nonetheless. It was, of course, a curious woman who poisoned the troupe in the end.

On the other hand, in some more feminist-minded haunted dance films, the movement of women's bodies are not sources of darkness but are instead expressions of a potential for empathy. In Midsommar, the bizarre screaming rituals of the Nordic cult that nurtures Dani, the protagonist, allow her to finally feel kindness that had been absent from her life. It is preceded by a Maypole dance that positions Dani as an actual agent in her own life, vesting her with a power that her softboy partner had robbed her of. In Us, it's the memory of young Adelaide's ballet routine and her doppelganger's mirror-world version of it that allows the audience to understand the plight of the Tethered. In Annihilation, Lena's abstract ballet with an extraterrestrial at the conclusion of the film serves as a point of communication between humans and another world.

Horror films have been the subject of feminist criticism since the dawn of cinema, later revisited by feminist scholars like Carol Clover and Barbara Creed in the '80s and '90s who attempted to glean something redeemable in the brutality. Early critiques of horror scolded horror filmmakers for creations of unbridled misogyny, in which women were always portrayed as helpless—tortured for the audience's pleasure. Later, many women noted that horror was one of the rare genres which gave female characters any autonomy or purpose beyond servility. We've long moved past the discourse of the so-called "final girl" and have entered a new phase where the complexity of female identity and female corporeality is approached with more nuance and less knife violence. The rise of the haunted dance film shows that horror remains a genre where considerations of gender are a key motif, but the semiotics have become far more complex.

On the other hand, it's hard not to notice a somewhat libidinous gaze in most of these movies, as if the dancing isn't just yet another pretext for men to leer at women's bodies. In the future, it will be interesting to see if more female and LGBTQ auteurs are able to tackle this sub-genre in ways that would expound upon its implicit thesis, and demonstrate the ways that dance is a heightened form of movement, and of freedom.