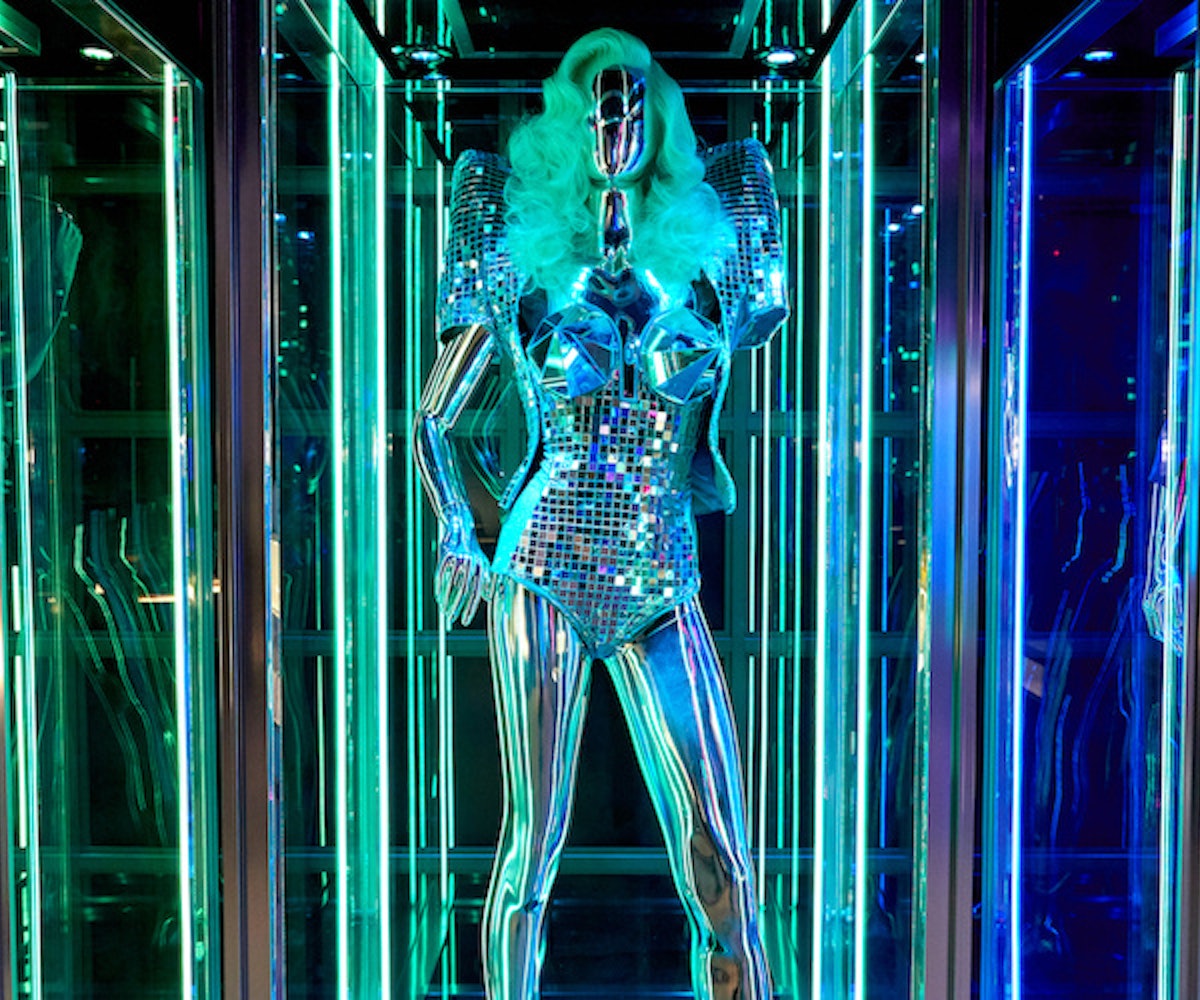 Photo courtesy of Haus of Gaga

As if you needed another reason to save up all your hard-earned cash to go to Las Vegas, the trip just got even more appealing. Little Monsters, prepare yourself for Haus of Gaga/Las Vegas, a new exhibit featuring some of Lady Gaga's most iconic fashion pieces of all time, spanning more than a decade of the artist's constantly evolving aesthetic.

Launching in celebration of the second leg of Gaga's Enigma residency at Vegas' Park MGM Hotel, this new, immersive experience dives deep in the pop culture icon's own vault for the first time ever, not only allowing visitors to see some of Gaga's most epic fashion moments up close, but also to get a chance to spot some never-before-seen memorabilia.

So, what can you expect? Well, considering the rotating exhibit is curated by Nicola Formichetti, fashion director and longtime Gaga collaborator, we can guarantee you'll see all of the major hits. Lucky for us, we got to head on over to Vegas to experience Haus of Gaga before it opens to the public, and we can confirm, it's pretty damn epic.

First and foremost, yes, the meat dress—which was specially preserved because it's, you know, made of meat—will be present. "It was pretty difficult to preserve it," Formichetti told us. "So, we beef jerkied it, basically." You'll also find the custom bodysuit Gaga wore during her "Paparazzi" performance at the 2009 VMAs, the Versace gown she wore to Barack Obama's 2012 inauguration, and the Alexander McQueen lace gown worn in the "Alejandro" music video. We won't spoil too much more—but, if you're into spoilers, you can see it all on the 'gram today.

What was most important to Gaga and Formichetti was putting the fans first. "We don't look back, we always go forward," says Formichetti. "So while we were creating this, we worked with her Little Monsters. They're the few that have all the information, so we've been working very closely with her fans to find out their favorite costumes, and what year they were. Everything's been documented by them—they were a big, big part of creating this."

The best part of all? A handful of these items will be put up for auction, and 100 percent of proceeds will be donated to the Born This Way Foundation, the nonprofit started by Gaga and her mother to support mental wellness of young people.

Formichetti plans to keep the space going, rotating the collection on view each time Gaga is back in town for her residency. "Every time she's back, I want to keep evolving it," he says. "So, now I got the space. There's so many things I want to put in here—and then we're also going to work on exclusive products that people can buy, so that will be dropping soon, too."

Keep scrolling to see more from the exhibit.

Haus of Gaga is open to the public starting today at the Park MGM Hotel in Las Vegas.