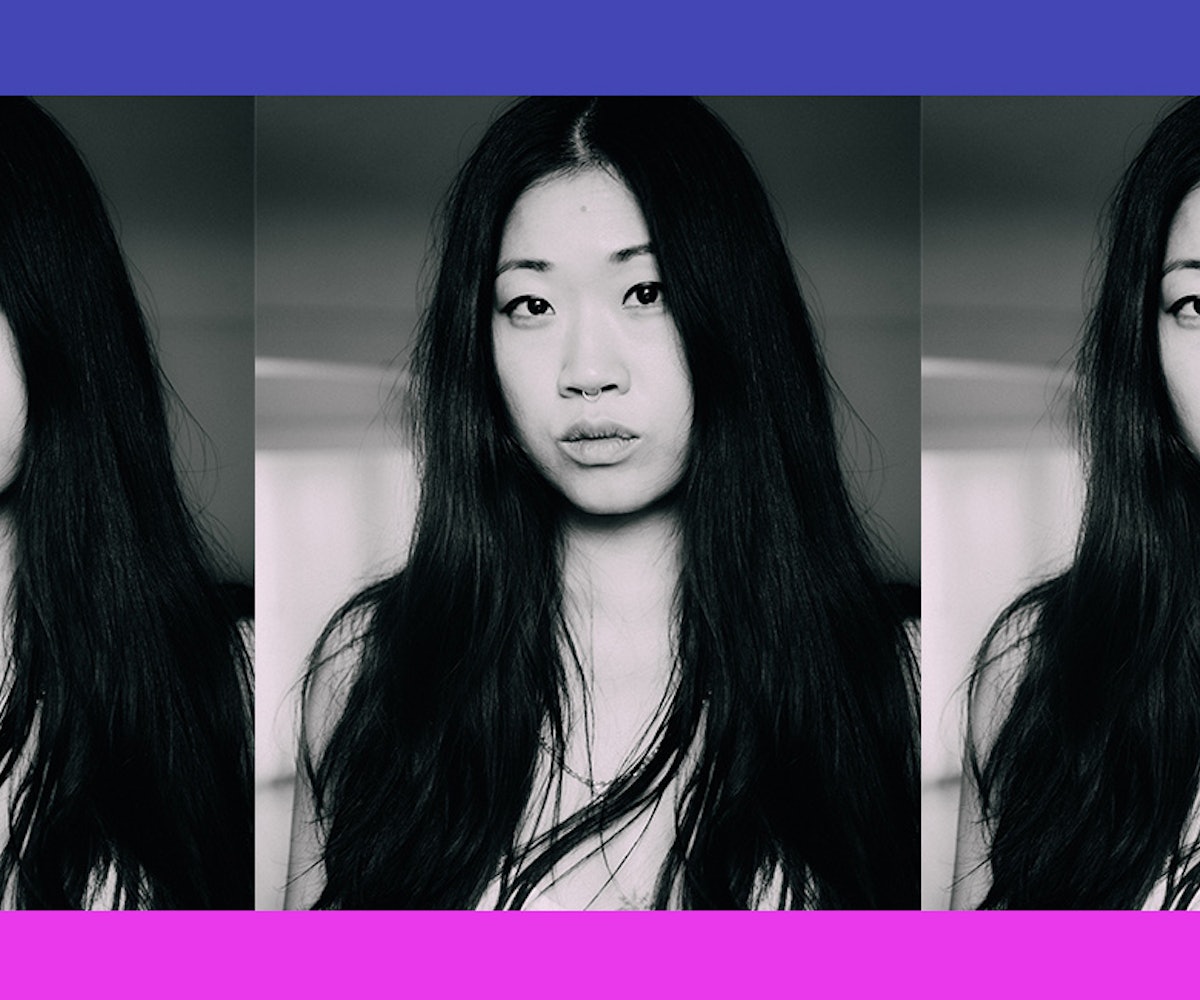 There was a little while there where I thought "tender" might be the word I wanted to define 2019 (or at least my 2019). But then I heard Mary H.K. Choi say the word "thrum," and it was like everything else fell away and I knew, for certain, that "thrum" is the word of right now.

Where did I first hear Choi say "thrum?" I can't remember if it was on her new mini-podcast, Hey, Cool Life, or if it was when we were talking on the phone about Hey, Cool Life. I know she wrote it in an email to me, and maybe that came first? I'm not really sure, but I also don't really care, because the important thing, to me, is that once "thrum" was identified, then suddenly—as is the case in those moments when you slither through its sliding doors just before your subway leaves the station or you text a message to a friend just as they're texting one to you—things make a perfect, precise kind of sense; you can, for a moment, peer inside the operating system of the world, and feel the hum, the thrum, of its engines.

Here's why "thrum" is a good word for right now: It vibrates with alternating qualities of anxiety and comfort. It speaks to the idea that everything is alive and constantly moving, even if nothing is really growing or going anywhere. A thrum doesn't have to be productive; a thrum can just be. A thrum doesn't require a ton of energy to exist; a thrum doesn't burn out, or even fade away. It soothes in the way of an ASMR video, in the way of someone else's heartbeat, felt through your hand, your head.

Choi feels these thrums coming from a perhaps unexpected place: voice memos. "The whole thing," she explained to me when I asked her about the genesis of Hey, Cool Life, "was inspired by sending my friends voice memos... I just loved and really thrummed to the vibrations of voice memos."

The resultant mini-podcast (each episode is usually between 10 to 20 minutes long) was launched on January 2, and Choi records a new one every day. It's described as a "#micropod about mental health and creativity," and Choi covers topics ranging from "emotional hangovers," to addiction recovery, to harm reduction, to communication difficulties with family, to burnout.

These topics could feel unwieldy to cover in the span of 15 minutes, but Choi is, as she tells me, "incapable of small talk," and so is unafraid to immediately go to places others might be afraid to confront head-on. There are ways in which this could feel counterintuitive; Choi says to me, "I am a deeply private person," but she adds: "This is really different. I really like having honest conversations about struggling."

And, as pretty much everyone alive right now knows: The struggle is real. Our cultural narrative right now seems to seesaw between people talking about how to be as productive as possible and—often those same people—searching for ways to better take care of themselves and soothe their weary minds and bodies.

Choi understands this dichotomy, and it's why she's focused this podcast around it. Choi is a writer, both a journalist and novelist; Emergency Contact, her debut novel, was on the New York Times Best Seller list last year (she was also featured in NYLON's Book Club), and she has a forthcoming novel, Permanent Record, coming out this fall, as well as an as-yet-untitled third novel in the works. And as someone who works in a creative profession, Choi understands the impulse toward feeling like there's no end point for her work, like she could just keep going and going; it's the way things have been set up, and it's leading to huge numbers of people feeling like they can't keep pace with the world around them, and that even if they do achieve their goals, they don't know how to stop moving.

"When you're living in this time of instant gratification," Choi says, "with this notion of completion, what happens when you get there?" Choi feels like we're constantly being fed ideas of who we're supposed to be, what we're supposed to get done, and what we're supposed to buy to make it all happen. She says, "Who decided that we have to get so many things done in a day? We've been sold a really weird bill of goods, in terms of stuff we're supposed to want." Choi adds that this directly affects how we feel about ourselves, saying, "I keep concocting different ways for me to feel inadequate."

It's a vicious cycle that can feel impossible to break, but that's precisely what Choi is trying to do with this podcast; it's a generous act, meant to offer listeners proof that they're not alone in their anxieties, and the ability to accept their weariness, learn from it, and not be so hard on themselves. This is Choi's intent, and it's remarkably effective. I find that when I'm listening to Choi's frank discussions about everything from the troubles she has relating to her parents on a visit home or her experience with having an eating disorder, that my own anxieties quiet down, their thrum becomes distant, drowned out by the tones of Choi's voice.

Choi records Hey, Cool Life in the morning; she says, "It's daily and unrehearsed. It's just this iterative, super-organic thing, remarking on stuff I notice while I'm in this dilated space. I feel like a ham radio." And there exists within it a real feeling of openness, of new day-ness, of the sense that any worst-case scenarios we might be dreading have dissipated with the dawning of the sun. It doesn't just feel generous, it feels generative; it's not that Choi is relating the tools she uses to deal with life in a way that's prescriptive, exactly, but more that, as she says, she records these thinking: "Is there a way to frame things that I use [so that they] might work for you?"

But more than anything else, this podcast feels like an opportunity for listeners to be kind to ourselves, in part by questioning why we feel the need to do things in the way our capitalist, teleologically focused society demands. Choi thinks we should stop worrying about the arbitrary things that now define success and just let ourselves exist. She asks, "Where is this mythology [that we must always be working] coming from? I really believe in the universe being benevolent. Who decided every one of these actions will move the needle?... It's like we're moving in the slowest rapture ever, and I'm the one who's like, 'Where are we even going?'" Choi explains. "The only thing that's complete is the day. Everything else is continual."

It's difficult, of course, to break ourselves out of the mindset that being productive isn't the only, or the best, way to be; it might even feel impossible. But what I've learned from taking the time every day to check in with Choi's podcast, and to check in with myself, is that it's important to reframe the conversations within my own head, tweak my perceptions of what I should be doing with what I want to be doing, until that new perception becomes my reality. It's also inspired me to start recording voice memos, little straight from the mind-heart-gut snippets of conversation, to share at will. Which, in the end, might be what Choi wants from this podcast most of all.

It was, after all, the happy thrum of voice memos that led her to start Hey, Cool Life, and, as she says to me, those voice memos are still important. She says, "I really want people to send voice memos to each other. If it does nothing else but remind people that maybe they're tired and maybe they're doing their best. All of this is to see if we can be compassionate with ourselves." We could all use a little more compassion in our lives, and a lot more thrumming.