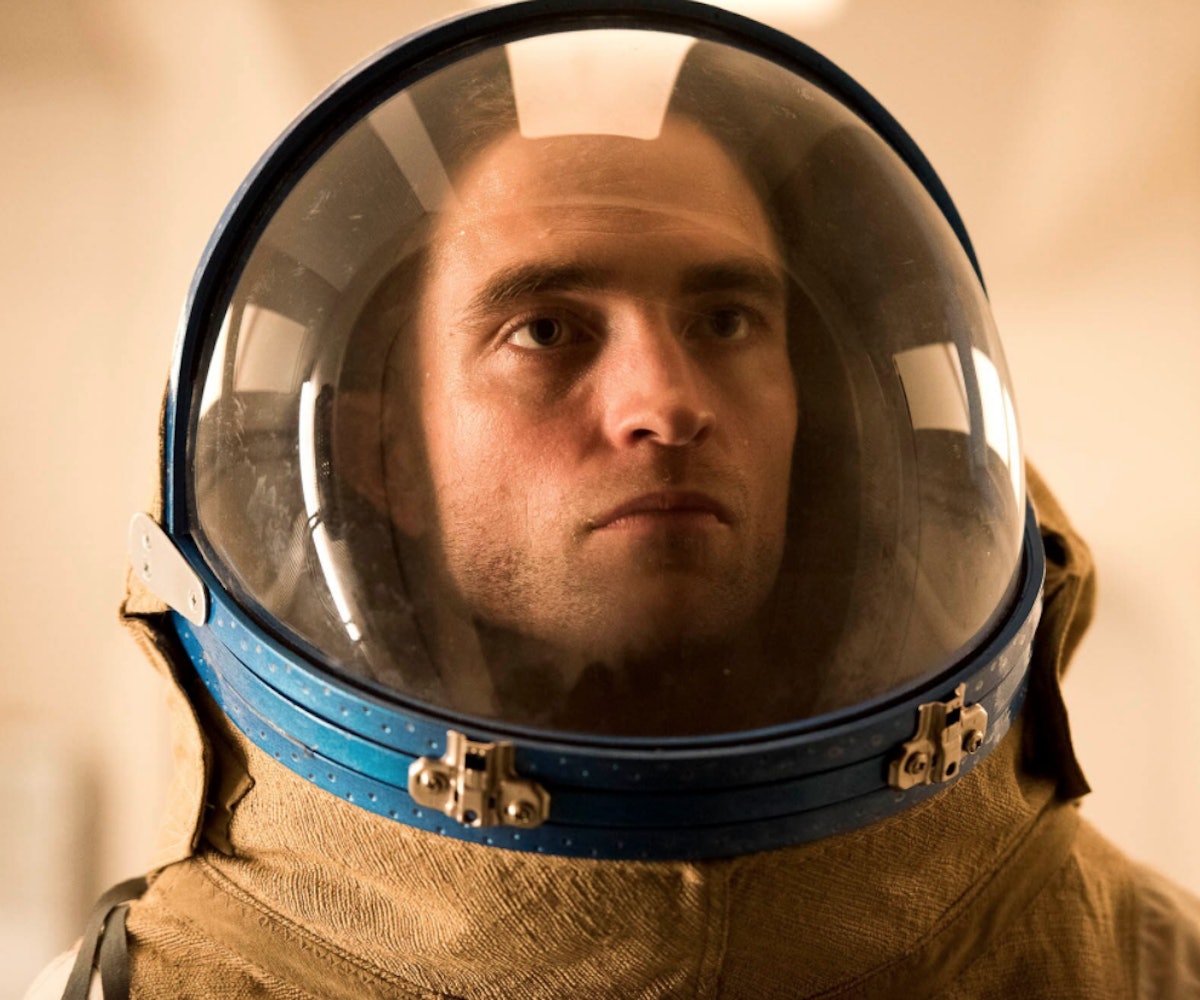 The meanings we create or learn do not exist only in our heads, in ineffable ideas. Our meanings also exist in our bodies—what we are, what we do, what we physically feel, what we physically know; and there is no personal psychology that is separate from what the body has learned about life.

The French director Claire Denis makes films about family and colonialism, sex and power, phrased in a cinematic language that pushes us to practice perception as an act of intimacy. The moods she conjures, with the help of longtime regular collaborators before and behind the camera, are rapturous and subjective: the elusive, gorgeous music by Tindersticks transports you even as the elliptical editing constantly asks you to remember where you are; the cinematography, usually by Agnès Godard, gets closer than close-ups, close enough that you can experience the tactility of moisture and light on skin. Her films are a way of speaking the unspeakable, of invoking the hidden currents that shape everyday life.

In a challenge to the kind of deadening Redditor-rationalist mindset that insists upon the supremacy of Reason and Logic, Denis' films evince an understanding of the world which is qualitative rather than quantitative, in which philosophy and ideology are processed through intuition, and feeling is as legitimate as knowing. Her last film, Let the Sunshine In (2017), delivered a treatise on gender relations and class through divorcée Juliette Binoche's resolutely unschematized, ambivalent emotional responses to a series of men in her life, her shifting moods, because emotions and moods are real, and have real consequences. Widely regarded as her greatest film, Beau Travail (1999) retells Melville's Billy Budd as a story of homoerotic machismo and repression in the French Foreign Legion, in which an African sun bakes her beautiful young cast's taut torsos through hypnotic repetitions of training exercises emptied out of any meaning save for the agonizing pleasure of our own voyeurism. Denis, who grew up in West Africa as the daughter of a civil servant, psychoanalyzes the French imperial project, discovering rituals of dominance, sublimated yearning. The violence and cruelty she films are not ruptures, but visceral reminders of the full continuum of what we experience living in, and through, our vulnerable, desiring bodies. When, in Denis' hauntingly gory vampire movie Trouble Every Day (2001), Béatrice Dalle and Vincent Gallo succumb to their sickness, seduce and devour, it's shocking, but all the more unsettling for not being surprising.

Watching a Claire Denis film, no less than making love, means entrusting to someone else a scary and exhilarating power over the sensations that locate us the world. High Life, her new film, is among her most difficult, and her most stirring.

High Life swaps the Djibouti desert of Beau Travail for another terrain of isolation: the frozen darkness of deep space, through which Robert Pattinson drifts on a ghost ship. The little sliver of future offered up by High Life (and photographed by Yorick Le Saux, standing in for Agnès Godard) leans analog, and kinda crummy. The ship has a greenhouse, soaking and lush, and a water filtration system heavily reliant on plastic jugs; the computer screens display 8-bit fonts on black backgrounds. Fluorescent light blinks over off-white corridors, one padded wall panel of which is ominously blood-stained. The ship's blocky pods look like their own miniatures, and the white spacesuits sport blue stripes and beige, possibly burlap patches, like the costumes in a '70s cosmonaut movie—maybe even Tarkovsky's Solaris.

And like Kris Kelvin, Solaris' alienated extraterrestrial, Pattinson's Monte floats through the empty expanse in the grip of memories of his life on earth, and reminders of death. Yet despite his weightlessness, he remains tethered to something. It's Willow, a baby for whom he maintains the daily ritual of checking in with the ship's life-support system ("feeding the dog," he calls it), as well as the more familiar tasks of parenting, which he carries out with a mumbly, stubbly, distracted air: soothing her in baby talk—well, muttering "taaaaaabboooooo" to her, for private reasons—feeding her, changing her diapers, clothing her and fashioning a doll in fabrics that must be repurposed from the space-smocks issued to his absent fellow crew members at the beginning of their flight.

Any attempt I could make to describe the plot of High Life, how and why Monte and Willow got here, would be more helpful for me than for you—I'd clarify a few things for myself, maybe, but not everything, and anyway you're supposed to work through the movie instinctually before you can deal with it intellectually. Usually, there's a mercury wriggle of narrative within Denis' films, an elementary motivating instinct—love or lust or fear of loneliness—beaded into moments and scattered across the whole. High Life is Denis' first English-language film, and it has more (and more obviously jammed-in) exposition than is usual; there are four credited writers, including "consultant" Nick Laird—but not his wife Zadie Smith, who was initially set to work with Denis but dropped out due to comprehensive creative differences. You'll be able to fill in most of the necessary backstory, but the logic remains harsh and challenging, the characters driven to extremes by hungers that must seem crazed even to themselves.

What I can tell you is that the basic story involves a suicide mission in search of black holes, a primary purpose that's been usurped by the ship's medical officer Dr. Dibs, played by Binoche, in a witch's spidery waterfall of black hair and an exploitation-film nurse's outfit; I can tell you that Dr. Dibs declares herself to be "totally devoted to reproduction"; and I can tell you that, deep within the bowels of the spaceship, there is something called "the fuck box," where Dr. Dibs goes to commune with herself, to find both torment and release, a grief-mad succubus. There are sinister medical procedures, there is rape and murder, there is blood and semen and milk. Perhaps not since Alien has a movie set on a spaceship been so… wet.

Beau Travail delivered a deft aikido flip to 100 years of male gazing, turning a military thriller into a spectacle of boy-toy soldiers tussling and grunting for our delection; High Life is another ironic tripping-up of genre expectations. Instead of aspiration, achievement, and human progress grounded in the hard sciences, Denis' sci-fi film shows an expedition begin in despair, and end up in existential pointlessness at best, subhuman savagery at worst. Throughout, Monte, whose "good genes" are a subject of fascination for Dr. Dibs, remains hardened and aloof, refusing to participate in Dr. Dibs' power games and sexual experiments, contemptuously calling her a "shaman of sperm." Monte holds onto what another of cinema's great vol-cels, Sterling Hayden in Stanley Kubrick's Dr. Strangelove, calls his "precious bodily fluids."

Kubrick, in fact, is everywhere here: Dr. Strangelove's signature double-entendre shot of aircrafts refueling in mid-flight is referenced; Monte's all-work-and-no-play fatherhood, enacted in a warren of corridors to nowhere, recalls The Shining. And like 2001, Denis' space odyssey is a story about evolution—though High Life is less about civilizational leaps than an individual first overcoming his lizard-brain impulses, then learning to care and even to love. High Life is a "visionary" film, with darkly awe-inspiring images of deep space and human suffering; but like Denis' Paris-set slice-of-life family drama 35 Shots of Rum (2008), the most touching of her films; it's also the story of a father and daughter, and the known and unknown.

High Life is out in theaters now.