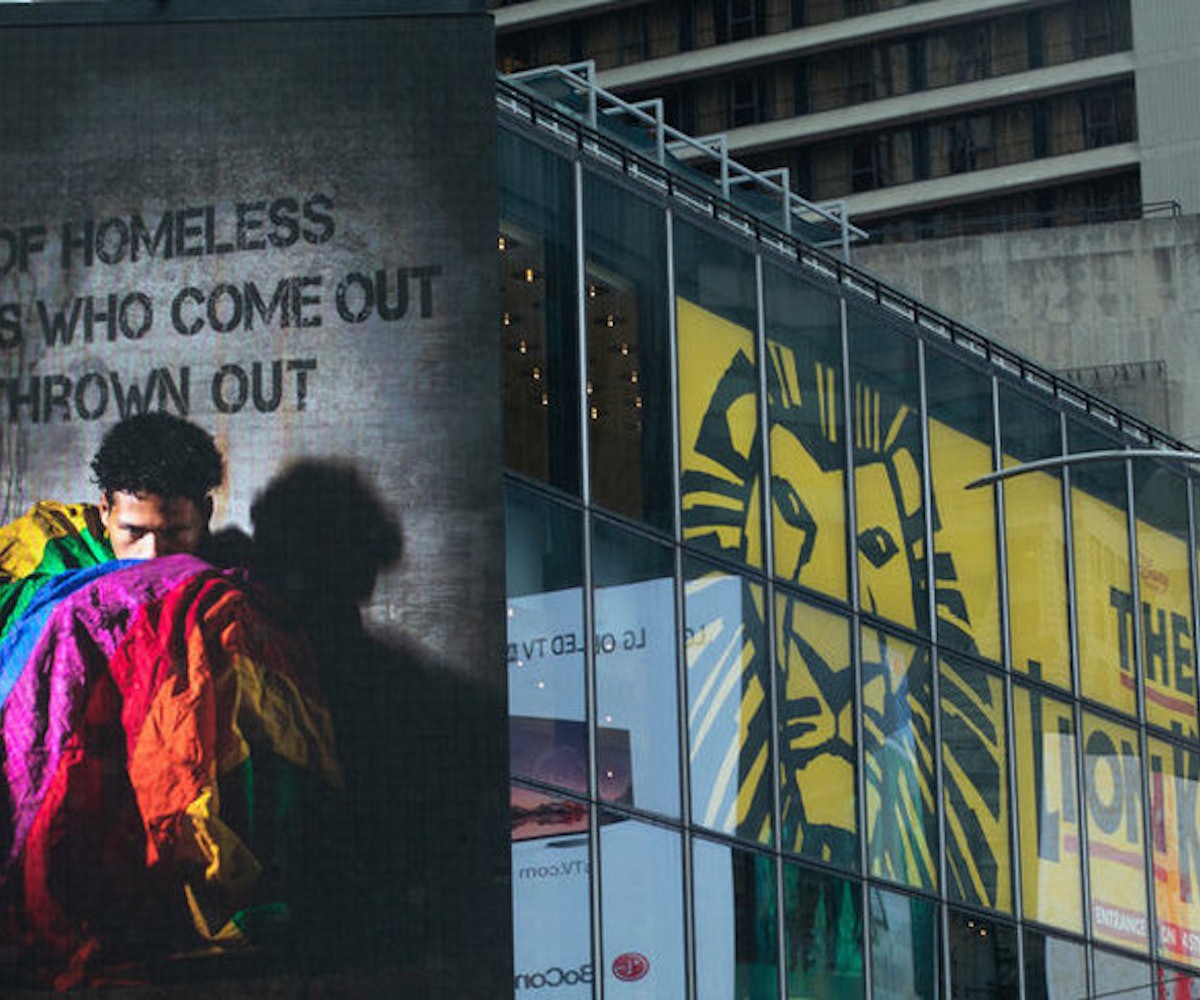 Pride month is—and should be—a celebration of the LGBTQ community, a time to take stock of how far we've come. But, it's also an important time to assess how far we still have to go. And one of the areas which really needs attention is our nation's epidemic of homeless queer youth.

According to a 2012 study, an astounding 40 percent of homeless teens are members of the LGBTQ community—even though they only make up 7 percent of the youth population. And the reality is that many of these young people are homeless precisely because they are queer; they were likely kicked out of their homes by their parents for being gay. It's this sobering statistic that led Kathy Delaney and Scott Carlton of Saatchi Wellness to create the "Thrown Out" campaign for the Out Not Down organization to make others more aware of this problem.

The campaign revolves around a different kind of Pride flag, one that is tattered and dirty—quite unlike the bright, pristine ones we're used to seeing. Photos from the campaign show young people wrapped in the flag on the streets, using them as blankets. Says Carlton, this distressed version of the flag is meant to "represent the struggle and the hardship of so many LGBTQ teens who are thrown out once they start to discover who they are."

But the campaign doesn't stop at posters meant to provide awareness. It also provides actual resources, like access to mental health care, to homeless youth. The campaign's website features a database of these resources for teens, which Carlton and Delaney say will be continually expanded. The relationship between mental health issues and homelessness is an important one to address, particularly when you're queer. Delaney notes that if one part of your life is disrupted, it's likely that it will take a toll on your mental health, especially "when you're dealing with biases that cause homelessness."

At its core, though, this campaign is not just about showing the struggles of a truly terrible statistic, but also celebrating the strength of coming out on the other side of it, still proud. Carlton says, "In American history, we look at a tattered flag that's still flying as a point of survival among challenges of life. So, there's an element of hope that is not only for the teens, but also for the group of people who are just now seeing this [issue]: Here is a group of teens that are thrown out and put down by society, and yet they are living and being true to themselves. And they are going to find a way to lift themselves up."