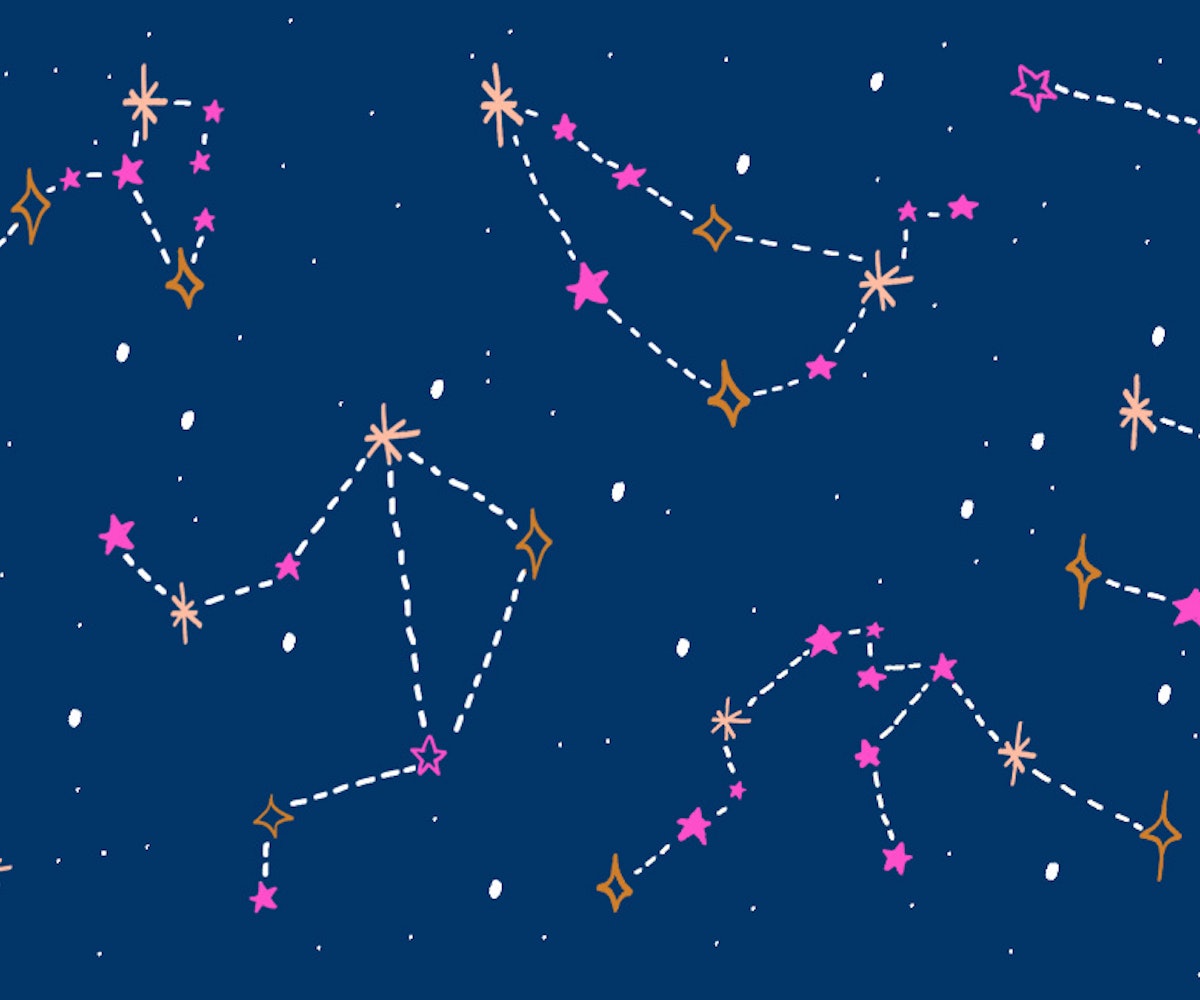 "Nobody, as a child, wants to be an astrologer when they grow up," Susan Miller, founder of Astrology Zone, told me. "There's no such thing. You don't find astrology, astrology finds you."

That was the case for Miller—sort of. Since Miller's mother was an astrologer, you could say astrology didn't need to go very far to find her. But, she said to us, her mother was very opposed to teaching Miller the craft of reading the stars. "She didn't want me to learn astrology because she said a little knowledge is dangerous," Miller recalled. It wasn't until she was around 14, after Miller went behind her mother's back and wrote into a publication called Horoscope Magazine, that her mother finally relented—though this education came with some stipulations. "She said, 'Alright, here are the ground rules. I will teach you, but you have to study for 12 years or else you won't be any good,'" Miller said. "She says that it takes 12 years because you have to build many synapses of the brain… Reading a chart is like spinning 10 plates on sticks at once, and you can't let any of them drop."

It was a different time when Miller learned: Back then, an astrologer had to write charts out by hand using algorithms. Nowadays, there's an app for that—many actually. One of them, Co-Star, will provide an astrological chart within minutes of you entering your birthday, birth time, and place of birth. So while there are many opinions out there about why astrology has become so popular amongst millennials lately—to the point that Tinder includes a potential partner's sun, moon, and rising sign within profiles—there's no doubt that the rise of the internet and, specifically, social media have contributed to astrology's surge in popularity. This can further be seen with the ascendance of accounts like @NotAllGeminis, which whittles information about ambitious Capricorns and sensitive Cancers down to bite-sized, shareable memes that are meant to be fun and help make the often confusing and complicated world of astrology accessible.

But in an age when it seems like anyone with a username and a sense of humor can enter the astrology conversation, it also brings up questions of validity. Who has the authority to call themselves an astrologer? And what does it truly take to read the stars properly?

@NotAllGeminis founder Courtney Perkins' entry point to astrology is similar to that of a lot of people born in the '80s and '90s: the horoscope section of print magazines. "I've always been interested in dissecting personalities," she told us. "I love thinking about the psychology of why different people think the way they do." Perkins didn't receive any formal training, and doesn't plan to, but says she read a lot of books on the subject throughout high school and college and has picked up a lot "just by Googling around for what I wanted to learn more about." And though Perkins thinks anyone can attain the knowledge needed, she doesn't consider herself a "proper" astrologer. "I do think I know a lot more than the average person about astrology, but I think it would be unfair to people who have truly studied it to count myself among them," she explained. "I'm a comedian and a writer first and foremost."

Gala Mukomolova, who writes NYLON's horoscopes and other astrological stories, is also hesitant to call herself a "true" astrologer. She's self-taught and reads "pretty voraciously," and shares that she ultimately wants to get an elder to work with, but she said, "I just think I need to know MORE." Mukomolova added: "Call it imposter syndrome but… it's a complex study, and it takes many years for most people to feel like they have a good working knowledge of the whole wheel. In some circles, I am intermediate. In others, I'm a beginner."

Banu Guler, co-founder of Co-Star, has a slightly different take. She shared that she and her team are faithful to the traditions of astrology, but she doesn't "really like the idea of saying that astrology is something like medical science, where you need this 10-year training followed by a five-year apprenticeship." She went on to equate learning astrology to learning a language. "Language doesn't translate one to one and, yes, you have to get a sense of what the correct translation is and that takes a little bit of time and practice," she explained. "Which is why, if you memorize an English to French dictionary, you wouldn't be able to speak French tomorrow. You really have to understand the grammar and the idiosyncrasies of every single word and how they fit together." And just like learning a language—learning anything, really—it takes time and practice and commitment in order to become fluent.

When I first asked Miller what she thinks about meme-driven horoscope content, she hadn't come across any yet. When I tried to explain what these meme accounts involve exactly (it's very hard to explain what these meme accounts involve exactly), Miller said: "If it's snack-sized, that can be bad for astrology because astrology needs to be explained." That's why her monthly horoscopes—which can clock in at 35,000-40,000 words—are so long, she said, "because you're communicating with people who are not versed in the subject, so you should be able to make it clear, but, in order to make it clear, there's some explaining you have to do."

A couple of weeks later, I chatted with her again, after she'd had a chance to look at some of the meme-driven accounts. "Memes are silly, and I think some of them are funny, but I do see why other astrologers are very upset, because it does demean astrology," Miller said. When I told her that most of the individuals running these accounts are self-taught, she became quiet for a bit. "Oh, really? That's disappointing." Miller is accredited through the International Society of Astrological Research and says she belongs to most of the well-known organizations. "They test you, they read your writings, and then make an assessment," she explained. None of the other individuals I chatted with are accredited. "Some people think that after six months they know what they're doing, and that's why there's so much misinformation out there," Miller said. "It takes awhile. It's taken me my whole life. I still find little facets that are so interesting. You get better. You get more valuable with age."

There's a lot of horoscope clutter on the internet these days, but not all of it's bad, Miller said. She doesn't agree with certain practices, like articles that teach readers how to survive Mercury Retrograde (she thinks it's fear-mongering) or stuff involving compatibility ("anybody can get along with anybody with a little effort," she said), but she resolved that, ultimately, it's up to the reader where they get their content. She only stressed that "you have to be careful who you let into your mind." She also shared that picking an astrologer is like picking what channel to get your news from every night. "Maybe there's one newscaster at 6:30 you like better than everyone else," she said. "You respond to one or the other, and you find that they present the news in a way that's very digestible even though all of them are saying the same thing. Once you find an astrologer who speaks to you and resonates with you, then stick with that person."

Toward the end of our conversation, Miller seemed to have a slight change of heart. She respected the work everyone's doing and didn't want to bash anyone in any way. "There are people in this world who have taught themselves code, they've taught themselves many things," Miller said, by way of accepting that there's more than one right way to be an astrologer. "But," she was quick to add, "when you're giving advice to someone, you better be right. You better be right."

NEXT UP
Astrology
Your Natal Saturn Placement Moon In Astrology, Explained
Astrology
Your December 2022 Horoscope Fuels The Reboot
Ask A Witch
Ask A Witch: How To Survive The Holidays With Hoodoo Magic
Astrology
Get To Know Sagittarius, Astrology’s Wild Child