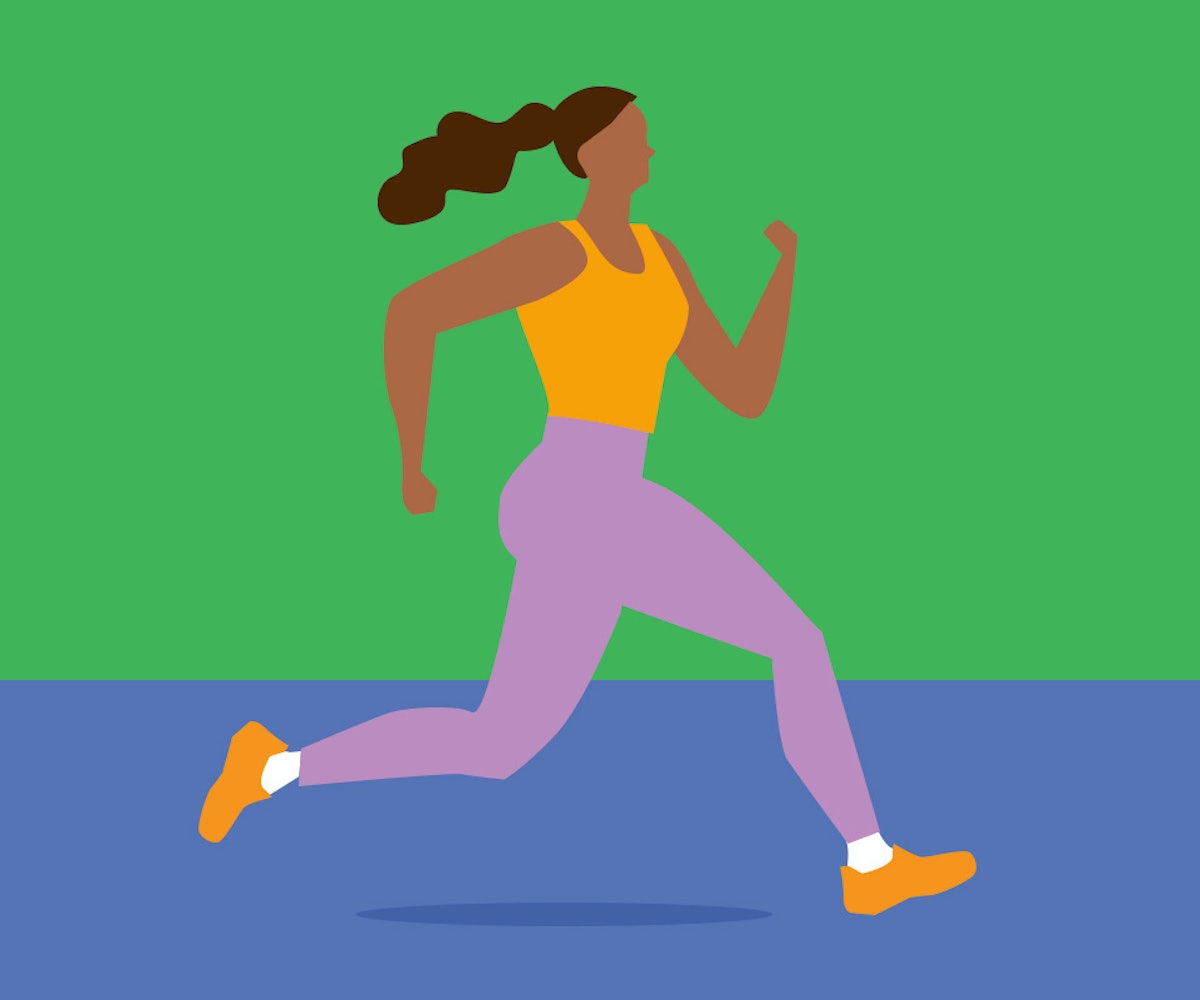 Running, riding a bike, walking, hiking—there are tons of endurance sports that are arguably best done solo. For me, running alone is my thinking time, when I come up with the best ideas and solve problems I've come up against during the workday. And to be honest, it can also be hard to find a training partner who runs the same pace as me, or who's free at the same times. So, usually, I'm out running solo. But even in my small town, there are news reports of assaults on women on our trails, and being out there alone can be scary at times. I talked with Michelle Thiry, a retired undercover cop and avid trail runner and mountain biker, about how we can feel safer when working out alone.

"It's about prevention. But you're not going to stop running or walking, and you don't want to live in fear," says Thiry. So the first part of the equation is about mitigating risk. That might mean picking a well-traveled running route during daylight hours, or if you can only fit in a workout at night, switching from running the roads to hitting the treadmill at the gym, or joining a local running club so you're not running alone.

"Constant vigilance" sounds like a corny line from Harry Potter, but Mad-Eye Moody had a point. Awareness of your surroundings is Thiry's top tool when it comes to staying safe. "Know your personal space, where you feel comfortable. Be in tune with situations that make you feel uncomfortable," Thiry says. If you're running on a crowded city street, sure, you'll have some people jostling around you. But you should be aware of if someone is crowding into your space (about an arm's length from you in any direction) for an extended amount of time.

Go with Your Gut

"Every single one of us has instincts. The first thing is that you should always go with your instinct. Women are used to suppressing that," says Thiry. "Stop feeling the need to believe other people, and if someone gives you the creeps, keep away from them. The worst case is that you look a little rude. Best case scenario, you're right, and you averted disaster. If your spider-sense tingles, remove yourself from the situation."

Fake It Til You Make It

"Carry yourself in a manner that makes you look imposing, so someone looking for a victim thinks, Oh, she's not the one. You might be 5'2", but you can carry yourself in a way a predator knows you're going to fight and draw attention," says Thiry, further explaining: "That means vertical: shoulders back, chest up, looking forward. Don't look down at the ground. Move with purpose."

Unfortunately, while blasting Beyoncé might help you feel like a badass, it also puts you at risk, because you're not able to assess your situation and are more distracted. Same goes for checking Instagram mid-run. "Put your phone away and walk with purpose. Take out the earbuds," says Thiry. (Rolling your eyes at this tip because you know you're not going to do it? At the very least, use a single AirPod or Bluetooth headphone instead of wearing both, and keep the volume turned way down.)

"Make it meaningful if you feel threatened. Tell the person to get away from you and make it loud so they know you mean it and so anyone around can hear you as well. You can say get the hell away, get the fuck away, mean business," says Thiry. "Let people know that you don't know this guy and you feel threatened. Maybe you offend someone who didn't mean you harm, but he's in your zone. People, in general, know to not get in your direct space."

Have a Survival Mindset

"You can take all the fighting classes you want if they help make you feel safer, but you're almost always going to be fighting out of your weight class as a woman," says Thiry. "You have to prepare for that. Fighting lessons are fine and helpful, but you also need to be prepared to 'destroy the intent to harm.' You have to have a mindset of not fighting fair, and most women have the instinct to fight fair. They think you need to have someone hit you first before you can fight back. But if someone is in your discomfort zone and you've verbally warned them to get out of it, you may need to take that next step."

If you are taking a self-defense class, Thiry recommends finding a teacher who will school you in how to throw an impactful punch. "Punches directed at the nose and throat are the best for deterring someone. Punches coming straight on will be the most effective use of force," she says. "Anything you have to wind up for is telegraphed, so if you swing wide, that is seen and can be blocked. The first punch needs to be a quick jab—it's not the most powerful, but you can land it."

We Are Not Alone

And a final reminder to those who don't just work out on city streets: Humans aren't the only predators. If you run or hike on trails, make yourself aware of any natural threats (from poison ivy to grizzly bears to rattlesnakes), and plan accordingly. That might mean a snakebite kit in your hiking pack or bear spray on your belt.

Before you head out for any solo workout, leave a note, text a friend, or use an app like Strava that has live tracking where your partner can track you throughout your workout. (For someone who often runs or rides solo, consider sharing your location on your phone permanently with a couple of people—partner, spouse, friend, sibling, parent—so someone always can check where you are.)

One reminder about Strava and other tracking tools: When you post those online, you're not just sharing it with friends, you're potentially sharing it with someone who could follow you. Consider making your local runs set to private, start recording a few blocks from your actual home, and just think critically about what you're posting for public consumption. "Don't let people know what your habits are, change them up," Thiry adds. "Don't go the same route, don't go the same direction."