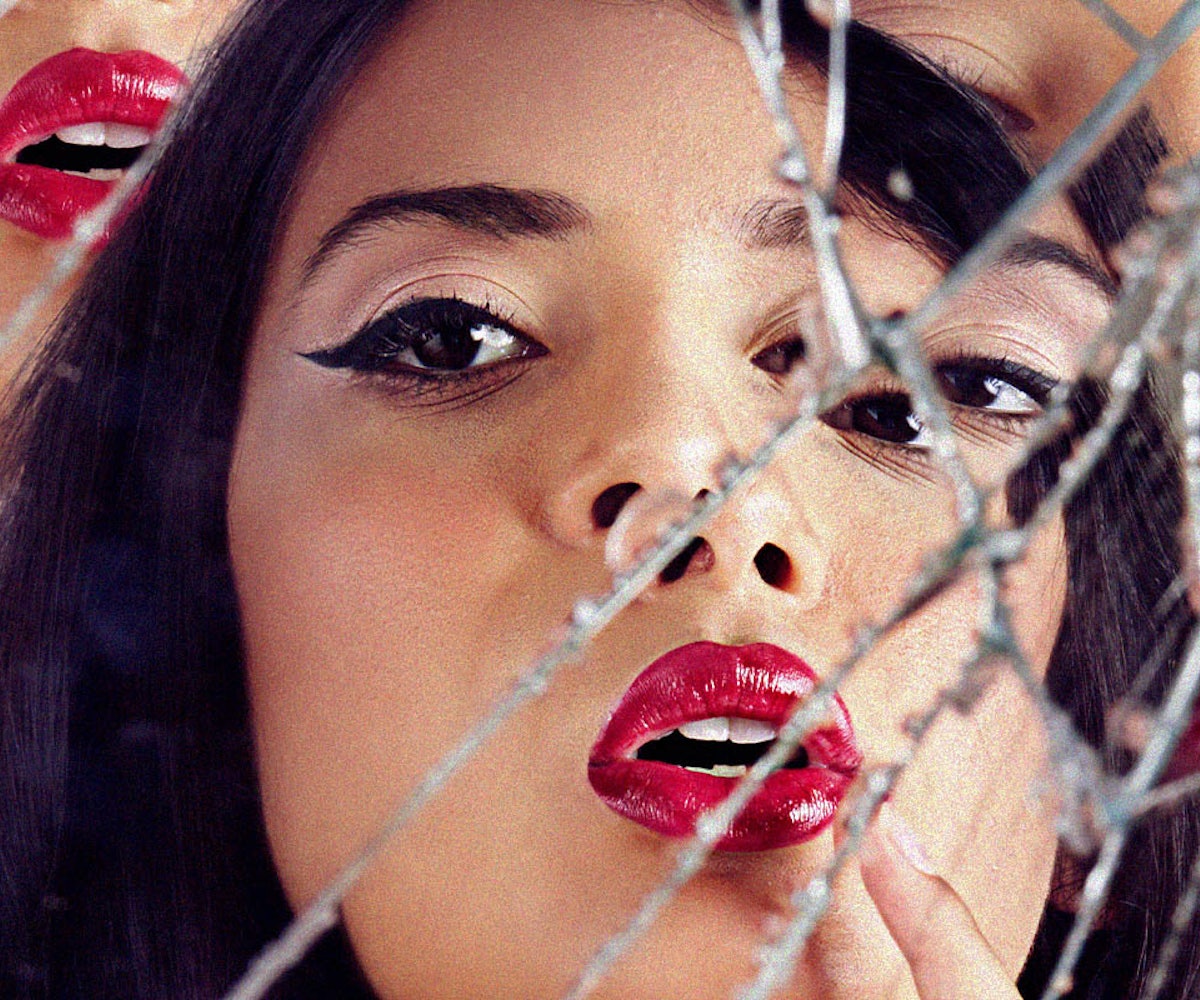 "I really see a difference between the way I am treated and the way white girls are treated in the industry," Mariam Rahman shared with me. "Why does it feel uncomfortable to say this out loud when it is my reality?" Rahman is a Muslim Pakistani-Canadian lifestyle and beauty influencer with over half a million followers. She reflected on her experiences echoing chronicles of imposter syndrome, anxiety, and respectability politics at play — akin to the sentiments of many influencers of colors.

Influencer marketing leverages relatability by co-opting influencers' images and ethos. So often, it is easy to discount the effort and labor of women, especially in women-driven industries, due to patriarchal conditioning. These conversations are not new, and are had online on what feels like a daily basis; but to cement the seriousness — and incessant nature — I spoke to various women to hear their insights on how influencer marketing truly plays out in real life. In these conversations, I learned that many brands often ask for outrageous deliverables, censor language, and underpay influencers, especially influencers with historically marginalized identities.

For Emily Baker, an artist and activist influencer, it's easy to associate Instagram with "the attention commodity," noting only "disabled people who post inspiring content that show them being very successful under capitalism" are given the spotlight. This may lead onlookers to believe that all people living with disabilities are able to meet their basic needs at all times, when that certainly is not the case. The reality is that people living with disabilities often do not have access to mobility, public restrooms, and are targeted by predatory insurance policies — but those people, and those conversations, aren't necessarily served up in sponsored ads.

While Baker uses her platform to disseminate information to the public about her everyday life in relation to disability, Amina Hassan is very honest about her experiences as a Black Muslim woman. "The greatest challenge that comes with being hyper visible as Black women is that people are actively policing our moves," says Hassan, who often posts content on beauty, social issues, and culture. "Being a Black Muslim woman who likes to look good and also share my thoughts scares people. I could share a mild opinion and suddenly it's radical because of my identity or how I dress."

If an influencer of color is not digestible or diverts from their brand image, they may be dropped from a campaign, Rahman says from personal experience. Like many other women of color influencers that I spoke to, Rahman notes she is often the only brown woman on a press trip. It may not be the intent of the brand, but the stark fact can lead Rahman and others in her position to feel as if they are asked to represent the various communities and identities they represent with their attendance.

These press trips are often holding grounds for microaggressions, unequal payment, tokenization, and lazy attempts towards representation. According to Rahman, trips are generally to a tropical place; the same white influencers are invited to take bikini pictures instead of making space to uplift marginalized identities such as Muslim women, queer bodies, and body positive leaders.

"You need diversity in all aspects of how you're running a business," says Gabrielle Richardson, a queer Black model and influencer. "A brand [had] a plus size model modeling, but they didn't have any plus size options in their store. It doesn't make sense when you can't commit to every level of marketing."

Sets also often fail to accommodate women of color. Shereen Mohammed, a bi-racial fashion designer and influencer, experienced a brand misrepresenting her curl texture instead of doing the work to find a woman with the correct curl type. On set, she has had stylists not know how to style her hair, leading Mohammed to do her own hair.

Spectacle may be profitable for influencers with disenfranchised identities, but it can also be emotionally and mentally exhausting. "Vogue features are done for free while they bask in the capital of your physical trauma," shares Baker, in reference to a feature and interview done about her. "Recently I've experienced sets that were completely inaccessible, experiencing a lot of social ableism and disrespect. I've had similar situations with brands expecting free labor and no transportation."

But with diversity and inclusion becoming some of the biggest buzzwords of our generation, where does the egregious oversight stem? One might say a vision towards true diversity is absent because the PR and marketing teams behind the brands themselves are often white (and male) dominated. The industry often skimps on accessibility and inclusivity because they are not directly affected by issues impacting people with marginalized identities. Rahman demands concrete change: "Is your team as diverse as the poster you are creating? If the answer is no, then you have to fix that. It is no longer acceptable to put on a front and pretend a brand is inclusive."

"Brands are brands and they hire you for a specific reason," shares Richardson. "If they want a Black women market and they see you got a lot of Black women followers, of course they're gonna contact you because they want your base to look at the product they are selling. They're using it because you have this visibility, but also because you can be used. This may not be my narrative because I can pick and choose, but for others it is difficult."

Richardson urges the industry to "be kinder" as an initiative. Influencers have an organic image, and brands should honor that stature instead of diluting the art. "It's really hard financially having your self worth correlate with your online image," says Richardson.

The pressure to meet the standards of whiteness, to meet social media's gaze, and/or meet internalized expectations can certainly take a toll on influencers. With the added layer of race, gender, disability, and age, (hyper) visibility can quickly lead to burn out. Being seen is not the same as feeling seen. Increasing familiarity does not equal respecting identities and confronting structural oppressions, such as capitalism, ableism, racism, and transphobia.

Accountability can only happen when brands look inwards and reshape their mission to uplift historically marginalized people. Brands must do the political education for themselves and unlearn the systemic frameworks around problems and issues such as anti-blackness, Islamophobia, misogyny, and more. According to Mohammed, open dialogue without backlash and stigma are also necessary steps for real change.

"There are also people of color in the industry who are taking matters into their own hands and creating a shift," says Hassan. "Pay attention to those people. Support them in the ways that you can and remember that things don't have to stay the way they are. Brands need us more than we need them, so don't be afraid to demand that they do better."