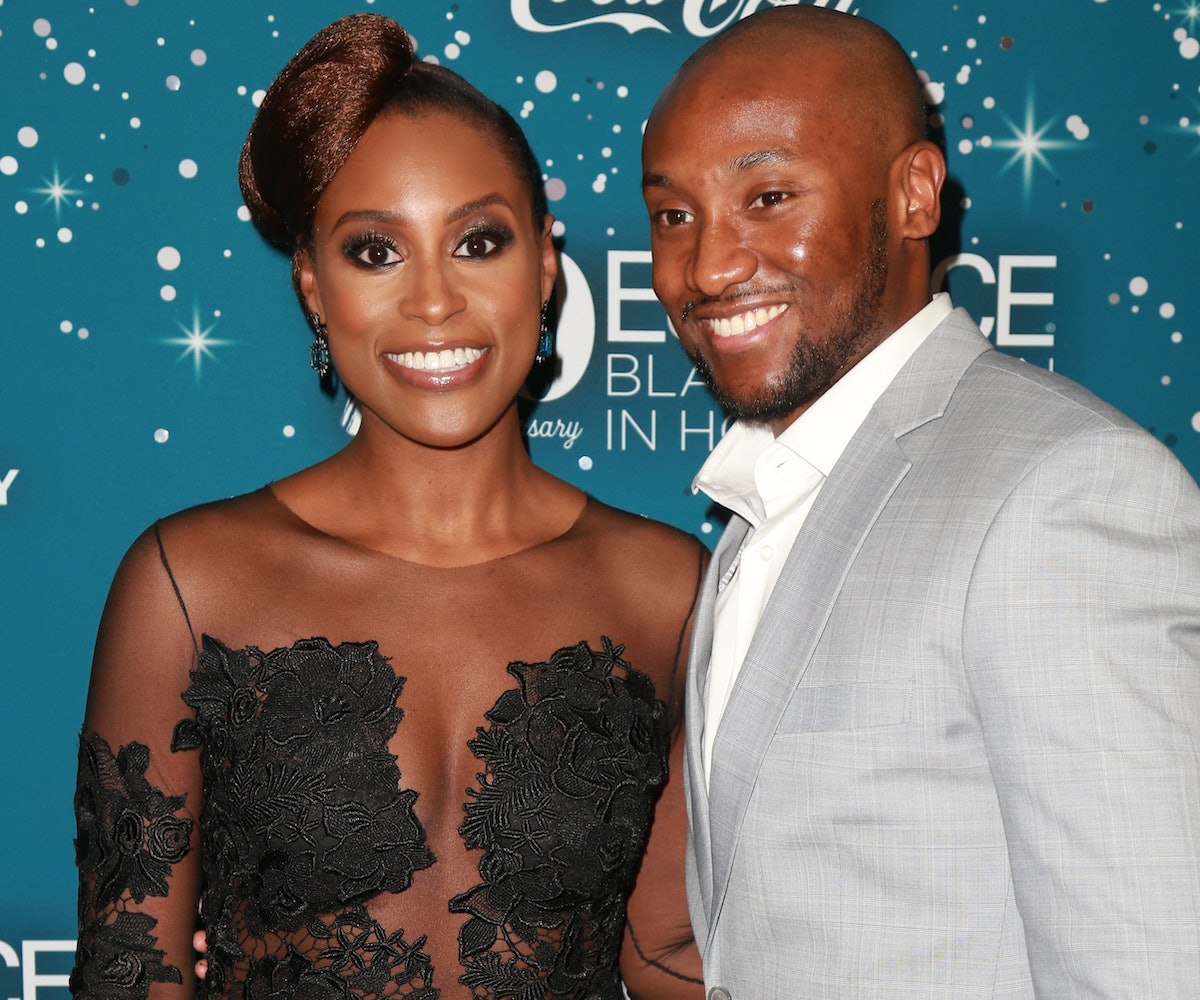 You may have struggled to look at Issa Rae's cover shoot for Essence magazine this month. Not only did the Insecure creator and star looked downright stunning in the New Orleans-themed shoot, but she also blinded with the huge rock on her ring finger. Soon after the photos were published, rumors began to swirl that Rae was a wife-to-be. Now, comments by two of her Insecure co-stars seem to have confirmed that she is engaged.

Jay Ellis and Yvonne Orji hit the red carpet for the 2019 NAACP Image Awards on Saturday in L.A. and told Entertainment Tonight that they are thrilled for their Insecure captain. "We're very excited for her," Orji said. The actress, who plays Rae's BFF on the show, used her classic humor while adding, "the reaction was all the same, like, 'You out here in these streets getting married, boo!?'" As for how they found out, Lawrencehive figurehead Ellis said the news came at different times since they're all scattered throughout different group texts.

While Ellis was the one-time apple of Rae's eye in the show, little is known about Rae's real-life fiancé, Louis Diame. Rae hasn't confirmed her engagement, but the couple has allegedly been together for years.