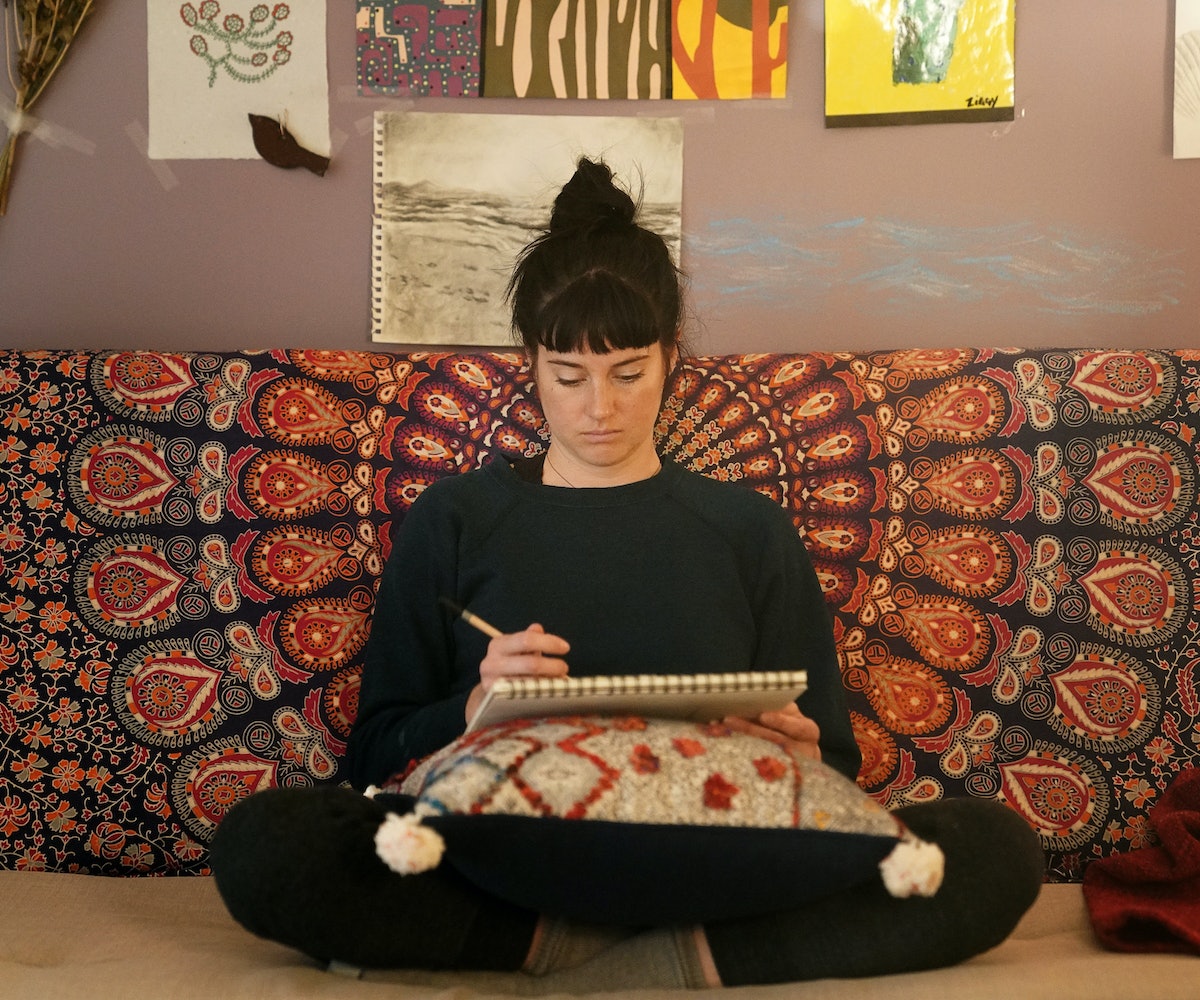 When the second season of Big Little Lies premiered, we all ran into the wall that was Shailene Woodley's character Jane's blunt bangs. Seriously, the look was so controversial that tonsof peopleon Twitter started pointing it out, and wondering who made that character decision. Well, Woodley herself has straightened it out for us.

In an interview with The Hollywood Reporter, Woodley revealed that it was her idea to give Jane the haircut and that it was an impulse decision for her character. "I've been in this position in my life where, after a major breakup, triumph or celebration or after a big change, a lot of people alter the way they look," Woodley said, noting that she herself usually gets a piercing or changes up her hair. "I felt that for Jane, she's carried this weight of not feeling in her own body because of what happened to her for eight years. She felt disconnected from her own identity on not just an emotional and mental level, but on a physical level as well."

She's envisioned that Jane "took a pair of scissors and cut her bangs herself" after the big finale from the first season, which honestly is exactly what it looks like. "I felt like maybe two or three weeks after that incident she would have woken up one morning, looked at herself in the mirror and thought, This isn't who I am anymore. This monster is gone and I'm not going to let him live in me or control me any longer," she said.

In her mind, the change didn't stop at her hair, either. "She went through her closet and gathered up almost everything and took it to the nearest clothing swap store and donated it and got new clothes in order to reestablish and be in control of her identity again," she continued. "I felt like that would have been her reclaiming her space, even if it was a subconscious decision, because this ghost who has been a part of her identity for so long had then left on the physical level."

We totally get it: Chopping your hair after a big life change is something we've all done, and the result hasn't always been good.