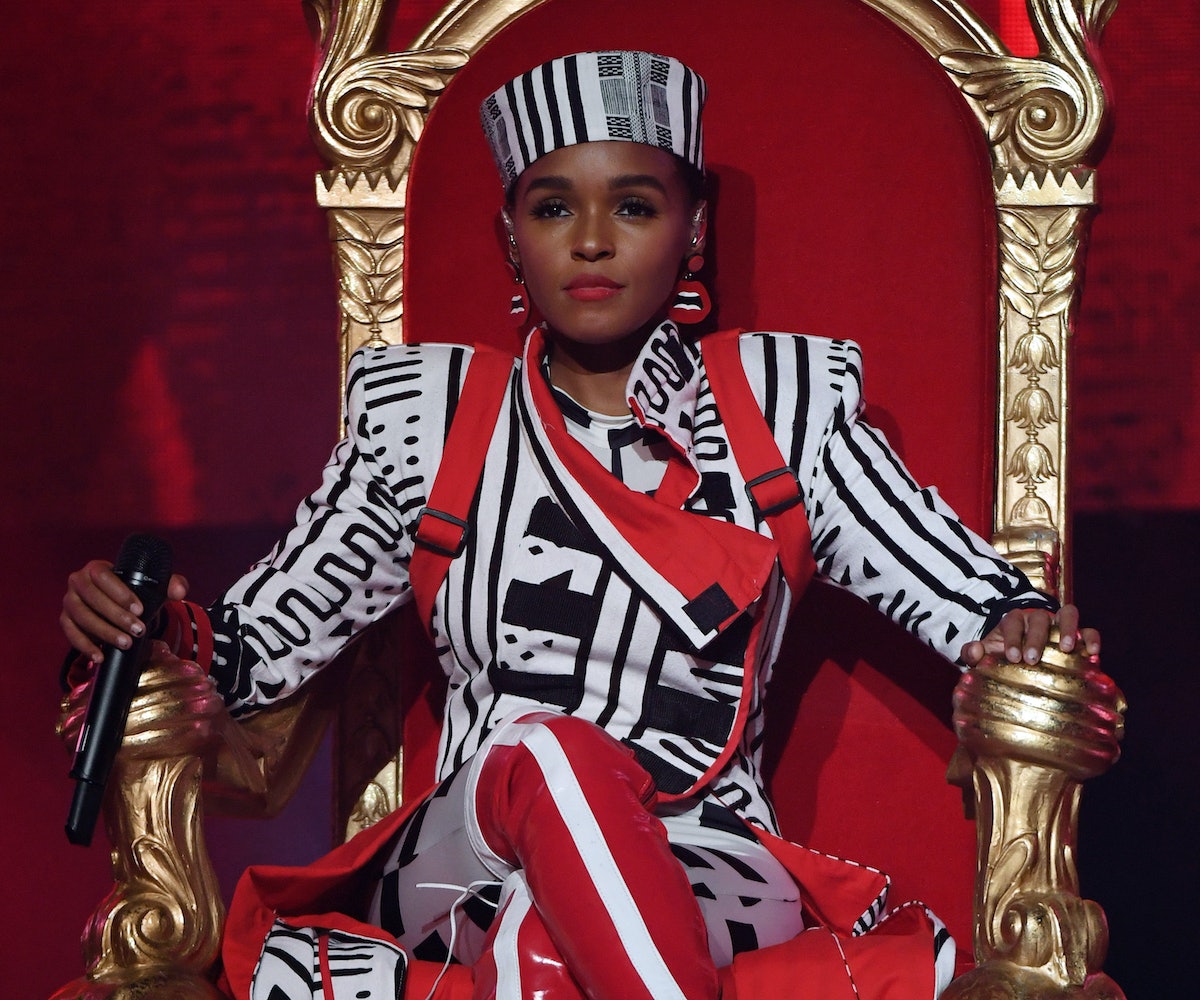 The 61st Annual Grammy Awards are coming to life right before our eyes, and the women are fronting the music event. Earlier this week, it was announced that singer-songwriter and The Voice coach Alicia Keys would host the 2019 event in L.A. Now Variety has reported that we can expect performances from the likes of Cardi B, Janelle Monaé, Camila Cabello, and Kacey Musgraves.

All four performers have been nominated this year. Cardi found out that she'd snagged five Grammy nominations on her way from a court hearing for an assault charge, which prompted the most Cardi B reaction from the artist ever. She is all over the board with a Record of the Year nod for "I Like It," a Best Pop Duo/Group Performance for her Maroon 5 collaboration "Girls Like You," and a Best Rap Performance nomination for "Be Careful." Her album Invasion of Privacy is also nominated for Rap Album of the Year and the coveted Album of the Year.

Cabello is in the running for Best Pop Solo Performance for "Havana (Live)" and Best Pop Vocal Album. Monaé's liberating Dirty Computer could take home AotY as well. And her queer anthem "PYNK" is nominated for Music Video of the Year. Country singer Kacey Musgraves' Golden Hour got an unexpected AotY nod in addition to Best Country Album. Her single "Space Cowboy" could also take home Best Country Song, and "Butterflies" might do the same in the Best Country Solo Performance category.

This roster stands out because Grammys are often hesitant to award women of color. Wins from music's highest awarding body seem more important than ever now that the industry is under scrutiny over its treatment of women thanks to the #MeToo and Times Up movements. At the very least, we know that this year's event is definitely worth watching thanks to all the performers.

Variety also reported that Post Malone, Shawn Mendes, and Dan + Shay will perform at the show.

NEXT UP
Entertainment
Muni Long On The Grammys, Burnout & Not Worrying About The Labels
Entertainment
Annie DiRusso Makes Indie Rock For Your Growing Pains
Entertainment
Raye Explicitly Speaks Her Mind On Debut Album, ‘My 21st Century Blues’
Entertainment
Harry Styles Is Performing At The 2023 Grammys
Style + Culture, delivered straight to your inbox.