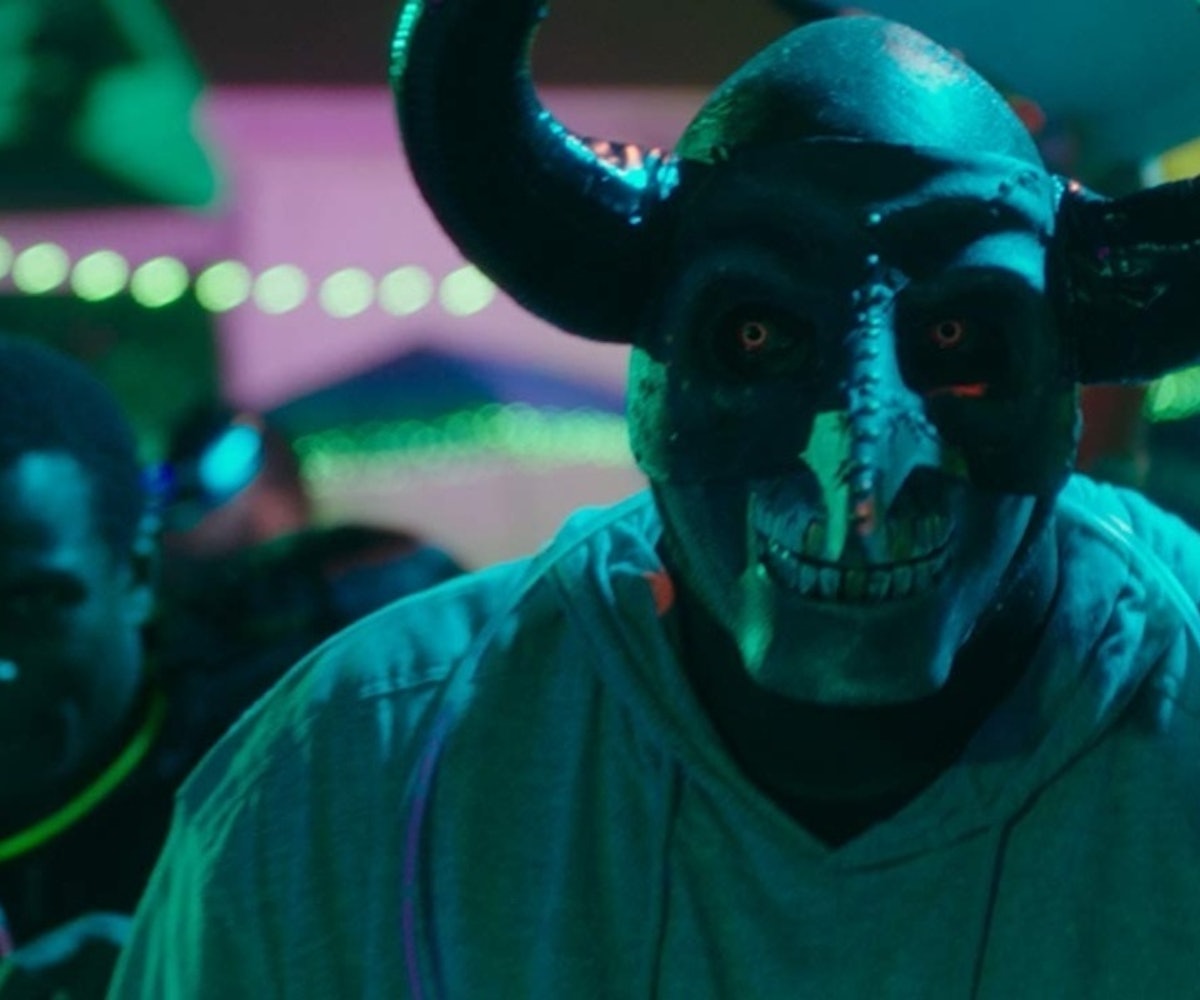 In 2009, Paranormal Activity debuted in theaters across the U.S., instantly changing horror films for the decade to come. The film was made for just $15,000, but would grow to earn $194 million in box offices around the world. It helped usher in a new era of found-footage horror, and of high-quality, low-budget terrifying films—a now-trademark of Blumhouse Productions, the company behind Paranormal Activity. This magical cocktail of cultural influence, profit, and some really good scares are the calling card of Blumhouse, and of its founder, Jason Blum.

The cultural impact of Blumhouse films goes way beyond cinematic styles, though. James DeMonaco's Purge franchise, which was produced by Blum's studio, is a shocking but accurate allegory for the relationship between the wealthy elite and middle and working classes. It has expanded to include five films and a television show. Jordan Peele's directorial debut,Get Out, was one of the best films of 2017, and won its director an Oscar for its scathing critique of liberal racism. Blumhouse has become known for putting a "...but make it woke" spin on horror films, and it's working.

I had the absolute—and I can not stress this enough as a horror fan—honor of speaking with Blum over the phone about this cinematic sweet spot, why diversity is more important than ever in his genre, and how he feels about awards. Check out our conversation, below.

I was overwhelmed going over the full list of Blumhouse films. They run such a huge gamut and some of them, like Paranormal Activity, are so iconic. Which projects get you really excited?

It's hard. I fall in love with all of the movies when they're coming out, just because that's my personality. But then at times, some stick out more than others. All of our movies are "social thrillers," or whatever you call horror movies with a message. But when you can get a great, entertaining movie with a message underneath, that is obviously super exciting. The biggest one like that was Get Out. It's also a movie that was kind of an underdog and everyone thought was an oddball movie. It's hard to compete with that experience. It was pretty amazing.

The expectations for horror are always so low.

You are the person who has prevailed to really be able to say I told you so every single time.

But I'm glad you mentioned horror stories with a message, because it's clearly important to Blumhouse. You guys even have a queer horror podcast. Why is prioritizing marginalized groups so important for you?

Horror, traditionally, has excluded underrepresented groups: African Americans, homosexuals. Clearly I'm upset about the opposite of progress, the rise of racism, the regression. There has been an opportunity to have the faces in horror more closely represent the audience of horror. The audience of horror is not all white guys like me. People are catching up to that. But I look at my job, above all else, to make great movies and great TV shows. They're not all great, but we always try and make them great. One of the ways that we've been able to do that—not all the time, but sometimes—is to go to pools of talent that haven't been drawn on over the years.

What movie has scared you the most?

The movie that scared me the most I think had as much to do with the age I was when I saw it as it did the movie. I was too young and I saw Friday the 13th at my cousin's house, home alone. It definitely scared me [and] for about two years I was frightened from that movie.

What are your thoughts on how horror films get categorized by awarding institutions?

I actually feel pretty good about it. They're usually dismissed. I think Get Out should have won Best Picture, don't get me wrong. But I think the fact that Jordan won, and the fact that we were nominated for Best Picture was pretty good. I don't have any gripes about it. But just to elaborate on your question a little bit: If I was in the business to win awards, I wouldn't be making primarily horror movies. I would be making other kinds of movies. I get a lot of satisfaction from my job, but it's not around winning awards. I don't want to miscategorize that, either. Would I like to win an Academy Award? Absolutely. I would love it. But not so much that I would twist what I'm making in order to win one.