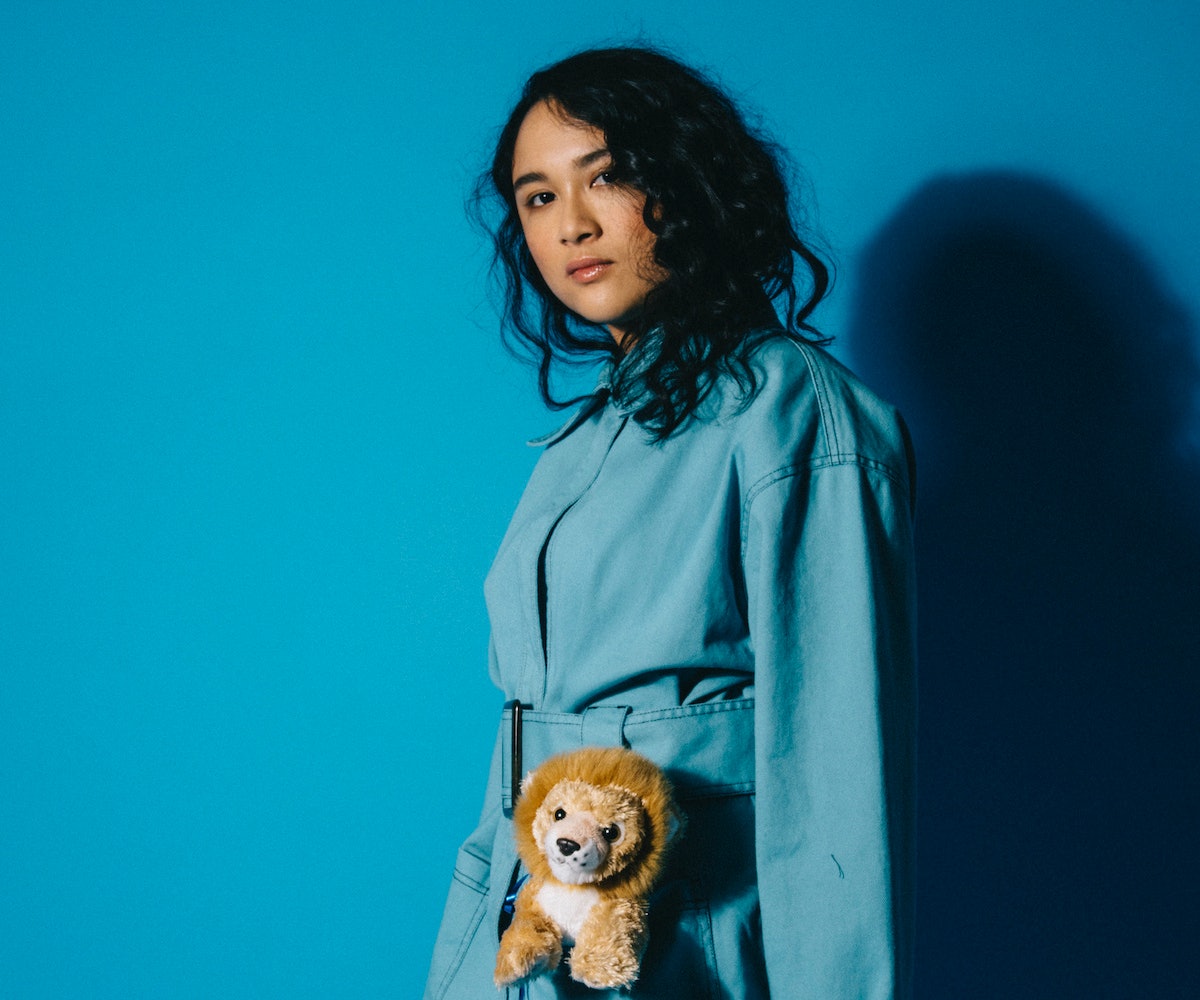 Jay Som is embracing change with Anak Ko, her sophomore studio album. Som, whose given name is Melina Duterte, completed the nine tracks during a week-long Joshua Tree retreat: a period of time she set aside for herself after touring for eight months in 2017. Once back in Los Angeles, Som, a self-described "control freak when it comes to recording," found catharsis in recording, producing, engineering, and mixing her work at home. What followed was the last-minute title Anak Ko, meaning "my child" in the Filipino dialect of Tagalog. Inspired by endearing texts sent to Som from her mother, like "Hi, anak ko" and "I love you, anak ko," the album name became like a security blanket for Som—a warm reminder of family that she attached to her art.

After basing her acclaimed debut album Everybody Works on the angst she felt in 2016, Som wanted to theme her second album around positivity and change—both forced and voluntary. This past year she realized she "had to grow up a lot," so she found a community, quit drinking, and fell in love. Although she's used to working by herself, she enlisted the help of her friends in hopes of not overworking herself. Thus, her second album was born, with genuine, emotional lyrics laid over a dreamy sound. From a snapshot of "laying in bed, thinking about your new romantic partner, and wondering if they're really thinking about you" in "Tenderness," to looking out of a tour bus window in "Nighttime Drive," Som perfectly illustrates her day-to-day life, giving listeners an authentic peek into what she's felt over the last two years.

Ahead of the release of Anak Ko, Jay Som chatted with NYLON about her inspirations and where she's headed next. Listen to Anak Ko and read the full Q&A, below.

What would you say has changed for you both personally and musically since your last release?

I feel like my personal life became more public than I wanted it to be. I think that's just the way any facet of the music industry is—everyone's going to know everything about you and your most vulnerable, intimate details. Also, being a little better at being emotionally supportive of myself and other people around me.

How would you say that change affected the songs that you put on this album?

I think a lot of that comes out in a positive way. I have a pretty solid relationship with [the album] right now. I think in a year, I'll probably think differently of it, but right now it feels really good. I'm really proud of it, and I feel like it's a snapshot of what I've been going through for a long time now. It seems very bare to me—more like me than ever before.

I love "Peace Out" and "Get Well." The intensity of the feelings expressed in those two songs is powerful. Can you talk about the inspiration behind them?

I never thought I'd write a song like "Peace Out" and release it because it's pretty mean. It's like a "fuck you" song. It was really fun and cathartic to make. I just wanted it to sound like Nirvana and an Andy Shaw song put together. I was also listening to a lot of Weed when I wrote that song. "Get Well" was just a bass line and drum idea for a long time. I didn't really know what to do with it until my partner and I were jamming. She just came up with this riff, and I was like "Hey, this matches this riff that I have." She wrote a lot of that song and sings on it, as well.

Do your relationships play a big role in your music?

Yeah, [my partner] does. I'm very inspired by her in this record. I think once you have a partner that is so supportive and understands you and is a best friend through and through, that really seeps into your working life. It's undeniable in your music. You can't hide that support and love that you receive. Also, she's a musician, so we really understand each other's paths in life right now.

What do you hope listeners get out of this album?

I hope that they can form their own opinions and take each song and develop their own meaning. What I really love about music is that you can just give it to people. You just release it out to the world, and it's not yours anymore. I hope that people like it. I think that they can dance to it if they want or be sad and listen to it.

Where do you see yourself in the future either personally or musically?

I think I see myself doing this for a couple more years. We will see after that. I feel like I'm just really interested in figuring out if I can have my own studio. I love recording people, and I want to make that my job for the rest of my life. I just want to keep producing and mixing for people—and not deal with my music all the time.