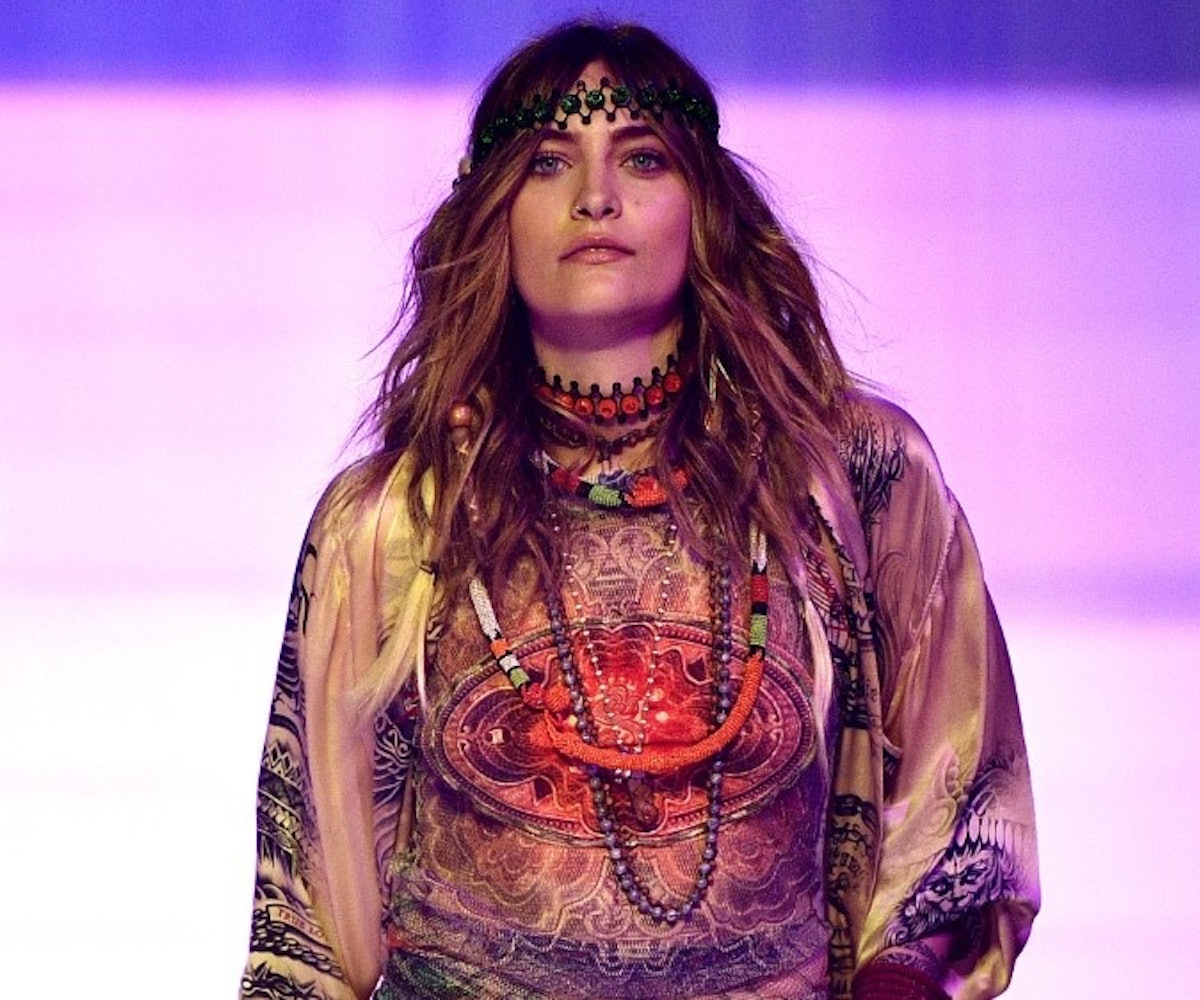 Jean Paul Gaultier ended his couture career with a bang on Wednesday night in Paris. Yes, there were the usual suspects on the runway including Bella and Gigi Hadid, Karlie Kloss, and Winnie Harlow, but the event was also full of unexpected cameos and performances — as well as over 175 looks.

Paris Jackson made her couture runway debut during the show, wearing a snake-print look that seemed to perfectly fit her free-spirit ethos. (You may recall that the IMG-signed model previously walked for Carine Roitfeld's first CR Runway x LuisaViaRoma show in 2019.) Then there was Coco Rocha, who dusted off her dancing shoes and did a little Irish jig in lieu of a regular walk. Gaultier previously enlisted her talents for his Fall 2007 show in Paris, when Rocha was still a teenager.

Models and industry insiders sang Gaultier's praises all over Instagram on Wednesday, with Gigi Hadid reminiscing on her first Paris runway during his last ready-to-wear show in 2014. "JPG was the first designer to welcome me onto a Paris runway, for his last ready-to-wear collection in 2014. Last night, all that gathered to celebrate his 50 YEARS & final Couture collection was a testament to what a worldwide icon and inspiration he is," she wrote. "I am so honored to have been a small part in your legendary creative vision @jpgaultierofficial THANK YOU for your warmth, spirit, and all the life and art you have shared with us."

The show ended with a performance by Boy George, during which the retiring designer stage dove into a crowd of models, because how else are you going to go out after being in the game for 50 years?