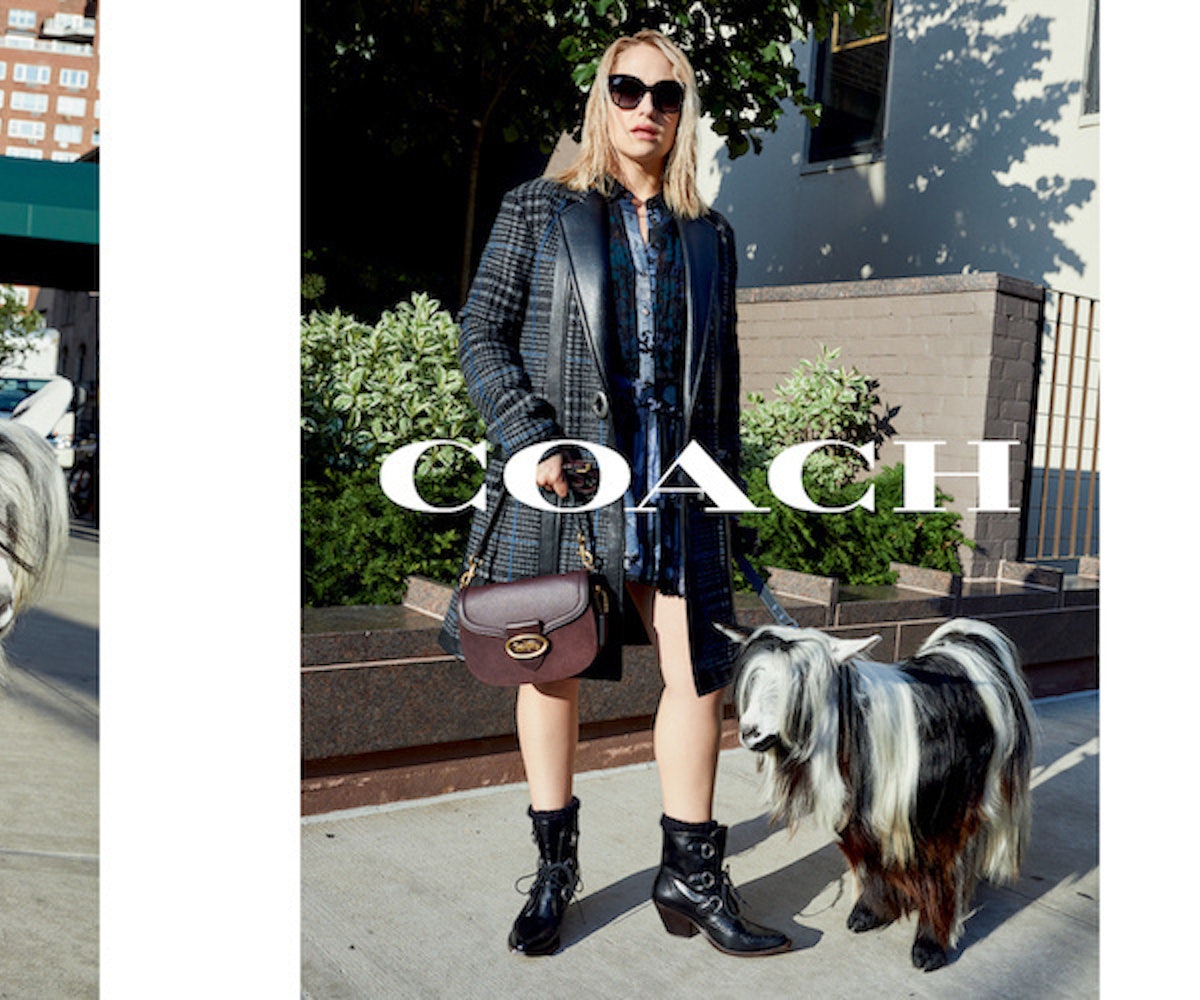 The campaign shows a star-studded cast of "21st Century Dreamers,"—carrying Coach's latest handbag styles for fall, of course—and is captured by Juergen Teller in iconic New York City locations ranging from Central Park to the Lower East Side. It also includes a series of vignettes directed by Todd Tourso (the creative director behind Beyoncé's videos and films), where each campaign star shares their inspiration and what drives them to dream.

The newest members of the Coach fam? Girls and All These Small Moments star Jemima Kirke, and a long-haired tiny goat.

Kirke is captured strolling through the Upper East Side carrying the Kat bag with a new furry friend in tow. In the video, she speaks of the feeling of fraudulence that artists feel at times, and the importance of losing one's ego. Check it out, below.

The rest of the campaign includes current Coach faces Michael B. Jordan and actress-model Kiko Mizuhara, as well as newcomers to the brand Yara Shahidi, Liu Wen, Lolo Zouaï, and Miles Heizer.

Take your first look at the full campaign (and Coach's drool-worthy new bags for fall), below.