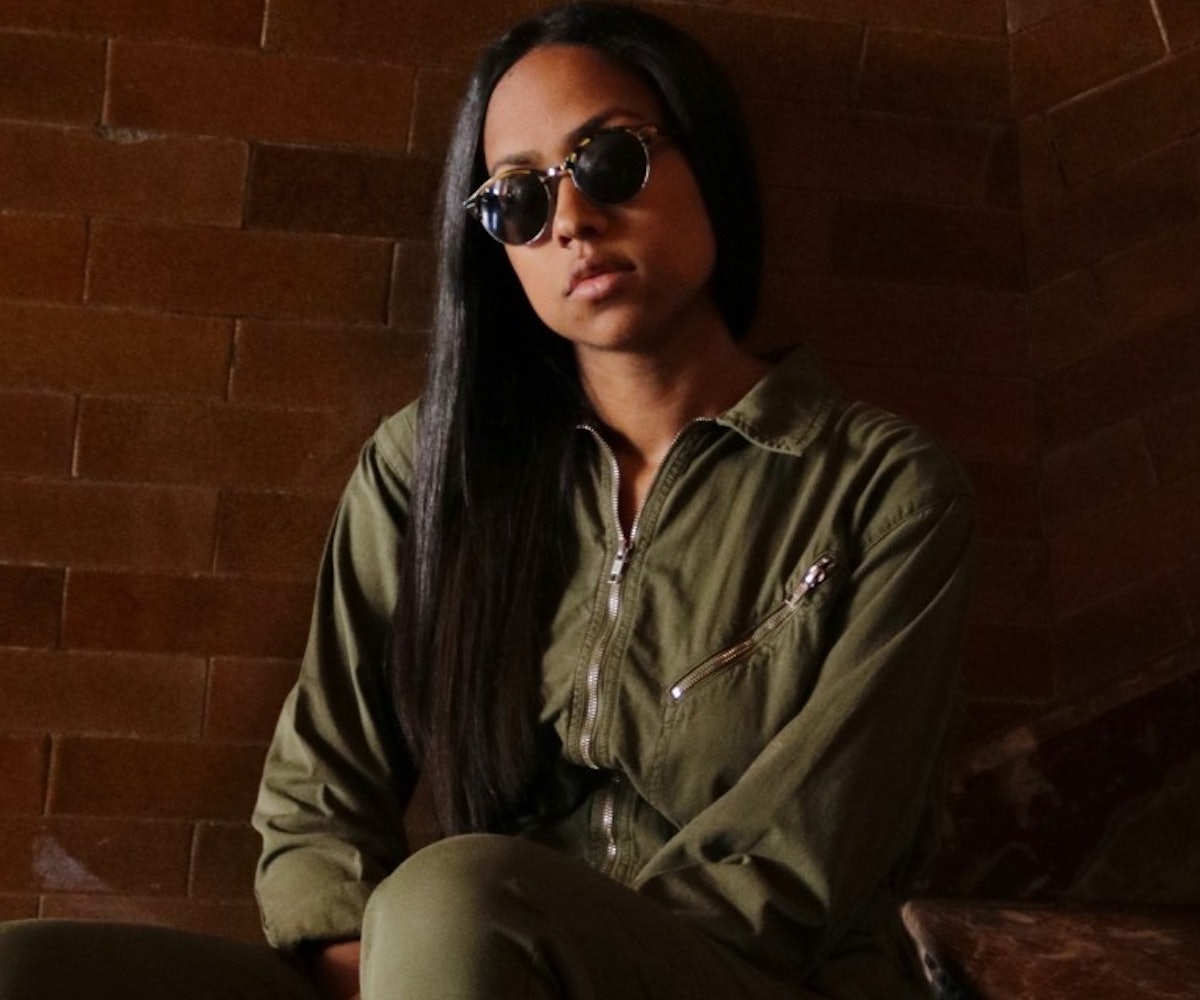 The coronavirus has exposed a country built on crumbling foundations. A failing healthcare system, an inept government, illusory capitalistic structures, the list goes on. As one recent viral tweet goes: "Coronavirus has really illustrated how everything is fucking fake," and it's hard for the current moment to not prompt reflection on this country's history. How did we get here? It's a long and difficult answer, of course, but Los Angeles-based singer-songwriter Jensen McRae does her best to spell out our contemporary problems with spellbinding elegance.

On "The Plague," her latest song which NYLON is premiering today, McRae sings about topics ranging from "instituted travel bans" and "kids in cages." Exposed starkly beside the song's guitar-plucked melody and frank lyricism is a

troubling picture of a country

, and its future doesn't look too bright. McRae admits, waveringly on the hook, that "God is gone and I don't think she's coming back." It's a sobering look, but what's probably most necessary in difficult times.

McRae wrote of the song: "I wrote this song to cope. I wrote this song because last weekend after the virus had been declared a pandemic I started thinking about the history of this country and how bad it has been, how it feels worse now. me and my fellow americans are living in a country with an economic system that is quite literally debating whether or not the deaths of millions is a 'good trade-off' in order to save the economy, as if the economy is not in fact a metaphor that is made up of people and their work, people that deserve time and support and free healthcare. I cried while recording this video because I was hit, all at once, with all the horrors I've watched unfold on the national stage since I was born. we will recover from this outbreak, but I sincerely hope that as we move forward, we focus on mutual aid, civic engagement, and most importantly: empathy. care. please please take care of each other, and of yourself. make choices that are driven by people rather than profit. please. and assuming we get an election in november, please vote."

Listen below, and read on to learn a bit more about McRae.

I'm sitting in my room, watching old Seth Meyers interviews and working on some poetry.

Tell me a bit about "The Plague" — how were you feeling when you wrote it?

I was feeling totally devastated. Three days prior, COVID-19 had been declared a pandemic. It's wild how fast it went from an abstraction to a real threat, and even wilder how quickly the problems this country was already having became even more deadly. I wrote it out of a place of real despair, reflecting on mass shootings and student debt and travel bans and lack of healthcare, all distinctly American problems that have been going on for years and have roots going back centuries. I do have more hope now. But I wrote it feeling hopeless.

How have you spending your days?

A lot of writing (songs and poems mostly, though I'm trying to get back into my fiction). A lot of FaceTiming with friends and family. A lot of daydreaming about what I'm gonna do when this is over. A lot of watching "House, MD" on Amazon Prime.

What are some things that have been giving you faith/hope/happiness these days?

I'm reassured by factual, objective journalism that still finds hope. I'm reassured by the fact that despite how endless this all seems, there have been record-breaking advancements in science and formerly fringe leftist ideologies have been pushed to the forefront of the political conversation. Also the Instagram account @samsonthedood. It's three Goldendoodles and a baby and it is responsible for a lot of my mental well-being.

What's the last book you read that made a big impression on you, and what did you learn from it?

A Choir of Honest Killers by Buddy Wakefield. It's a book of poetry by my favorite slam poet. It taught me, reminded me really, that time heals everything. Also that humans have an immense capacity for barbarism but an equally immense capacity for compassion. Also words still matter, and art is still a balm, even if it can never be a cure.