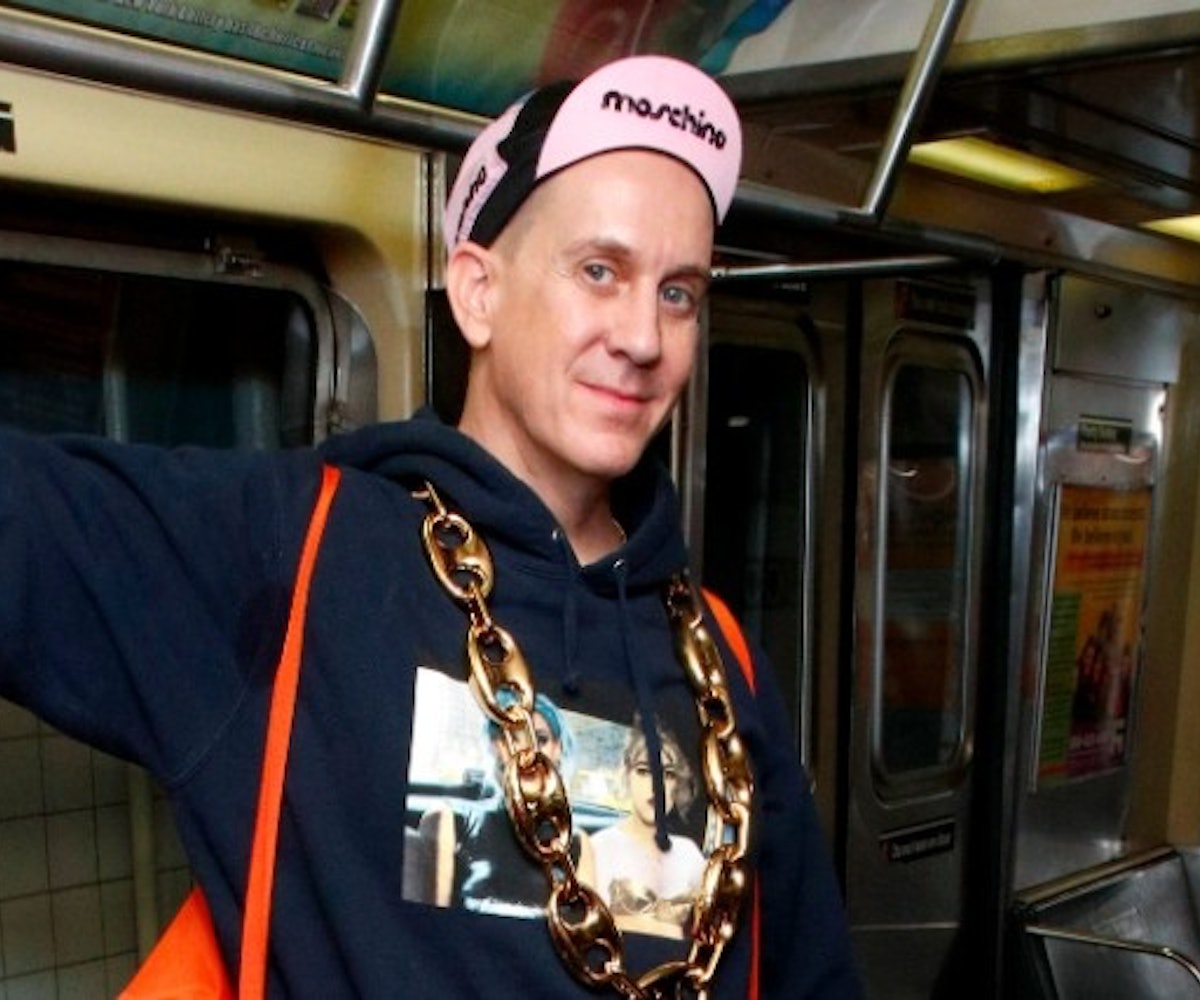 Another mainstay designer is fleeing New York Fashion Week. On Monday evening, it was announced that Jeremy Scott will no longer hold his runway show in New York, instead opting to present his upcoming Fall 2020 collection in Paris later this year. Scott was originally slated to kick off fashion week on Friday night, Feb. 7.

"Jeremy Scott will no longer be showing his Fall/Winter 2020 collection during New York Fashion Week," a statement from his publicist said to NYLON. "In a move to pay homage to the city that launched his design career, Jeremy Scott will show his upcoming collection in Paris in July."

Scott's namesake brand made its debut in Paris back in 1997 before leaving the city in 2001 for Los Angeles. He's now one of many designers who have ditched New York's official fashion week schedule for other locations and times outside of the traditional calendar. Alexander Wang announced in 2018 that he'd be showing on a June/December schedule, while brands like Rodarte, Proenza Schouler, Altuzarra, and Public School have all left New York to show in other cities. (However, we can expect Proenza Schouler, as well as Rodarte, to show during NYFW in February.)

More recently, New York fashion staple and newly hired CFDA chairman Tom Ford announced that he would be holding his show in Los Angeles on Feb. 7, two days before the Oscars."Tom Ford is not only a great designer, he is a very shrewd businessman," stylist Jeanne Yang toldThe Hollywood Reporter. "And, as such, with the exposure that celebrities receive, it seems like a smart decision to have your show where stars will be during awards season."

Despite Scott and Ford's absence, there are still plenty of marquee designers to look forward to at NYFW, including Tory Burch, Brandon Maxwell, Michael Kors, and Marc Jacobs.