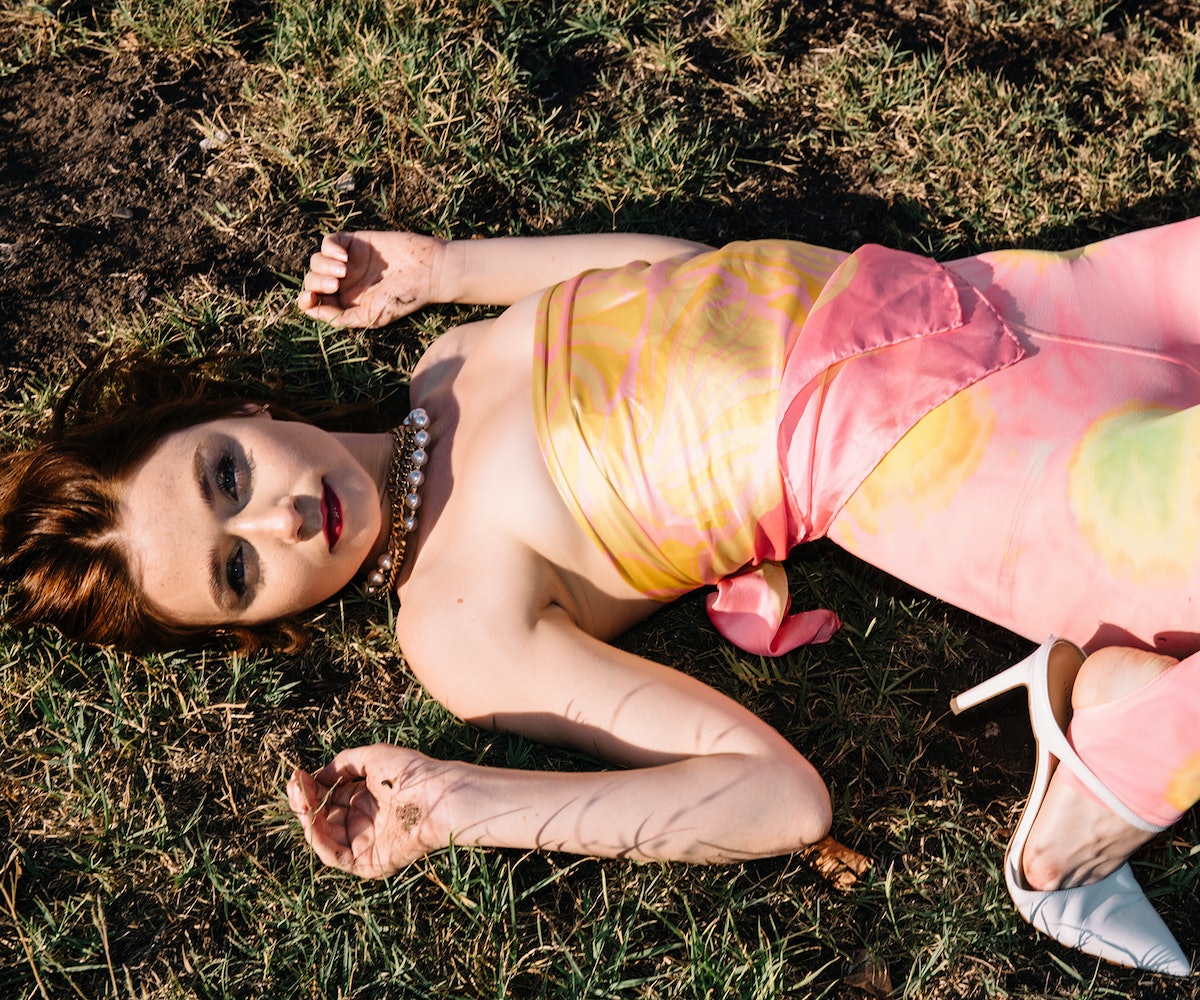 Netflix's The End of The F***ing World opens up like any other comedy aiming to resonate with Generation Z. When teenagers James and Alyssa (played by Alex Lawther and Jessica Barden, respectively) are fed up with their lives, they decide to pack their bags and run away. However, the plot abruptly pivots when it is revealed that Alex is a psychopath with not-so-subtle plans to kill Alyssa on their great escape. Eight episodes later, viewers are left exhausted from and intrigued by a whirlwind of sudden plot twists involving teen murder, desire, and angst.

The compact eight-episode series brilliantly starts critical conversations relating to mental health too. "The show explores so many important themes about growing up, mental health, and girlhood, and I'm really proud of that," Barden told me in late September. The role and series, which has also inspired viral memes and fostered internet communities, has given the Yorkshire-born 27-year-old a large platform for self-expression (she now has 1.2 million Instagram followers): "I find the intense reaction to the show really extraordinary. I am really lucky to experience something like this in my life. It's surreal."

Ahead of the new season of The End of The F***ing World, out now, NYLON caught up with Barden to discuss what she was like in high school, mental health, and the new season.

You fell in love with the script when you read it for the first time. What about it stood out to you?

Alyssa's character immediately stood out to me. I loved how normal Alyssa seemed as a character. It wasn't this extraordinary teen drama or period piece, it was just two middle-class teens trying to figure out life together. I hadn't read anything quite like it yet and, at the time, I saw Alyssa as this really exciting blank canvass.

How do you think the script has evolved since then?

In more ways than I can even articulate. I've continued to put my own personality into Alyssa as a character.

I also just really love the people I work with. It has been really collaborative, and I've really been able to help develop and grow Alyssa into what she is today.

I thought I knew everything. I started working at a really young age, so I didn't even go to traditional high school. I've always been very driven. I was the last person to experience everything. I didn't really waste time worrying about fitting in or going to parties, because I looked very young for my age and wouldn't have fit in even if I tried.

It's interesting that I play Alyssa because my experience growing up was so different from hers. I was not a rebellious teenager. I would have been too anxious to do what Alyssa does in the show. I constantly strive for justice. I want things to be right.

Do you think you would have connected with The End of the F***ing World as a teenager?

There are so many aspects of the show that speak to adolescence, and I would have connected to that. I've always loved that the show has such a loyal younger audience. The show explores so many important themes about growing up, mental health, and girlhood, and I'm really proud of that.

Mental health is such an important theme in the show and something I've always really loved about the script. It is so important for young people to see characters with different mental health challenges on-screen.

What do you hope the show adds to mainstream conversations about mental health?

The show definitely sheds light on the fact that you never really know what someone is going through. Especially with Alyssa, she's the last person that you'd ever expect to do half of the things she does, and that's important for young people to see.

There isn't a right or wrong way to be depressed, anxious, or struggle with PTSD. Mental health challenges manifest differently for different people, and it's important that people see that on-screen.

I find the intense reaction to the show really extraordinary. I am really lucky to experience something like this in my life. It's surreal because it's just a TV show, but it's literally changed my whole life. I remember when the show came out, and my Instagram following kept growing in front of my eyes. It was a surreal time, but also it doesn't really change my life that much. I just have a platform now. I'm still me.

What has Alyssa taught you about yourself?

My granddad passed away while I was filming the second season. It was a really hard time for me personally. I didn't have the chance to take time off, or process anything, so playing Alyssa became this vessel for me to feel. Alyssa has taught me a lot about time and pushing through hardships. I'm really grateful for Alyssa.

How do you feel about the way the show depicts loneliness and mental health?

I've always thought that the fact that we don't have phones [in the show] is very unrealistic. Phone and social media are so crucial to how we connect to and communicate with each other. It feels weird even on-set when we are filming scenes but don't have phones.

I also hope that no one actually runs away from home!

Is there anything you're watching/listening to that has changing the way you think about the world?

Succession, absolutely. I've also been inspired by Lana Del Rey. Her lyrics are really incredible. Recently, I have been watching loads of the old Disney cartoons and felt very inspired by old nostalgic films.

I'm inspired by Alyssa. I hope people watch the second season and love it.

Alyssa is really special to me.