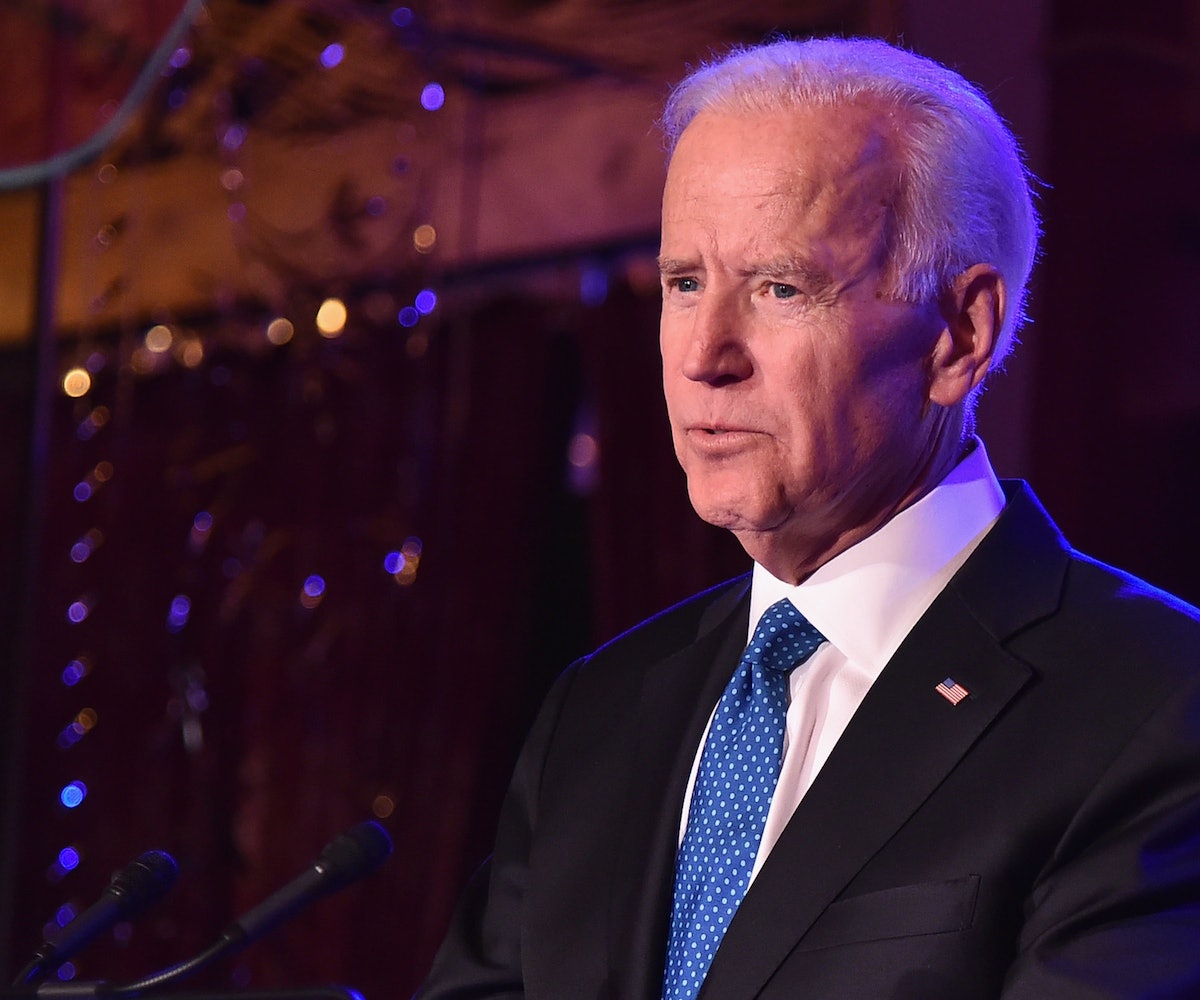 Photo by Theo Wargo/Getty Images for It's On Us

In an essay for The Cut, Nevada politician Lucy Flores accuses former Vice President Joe Biden of touching her and kissing the back of her head without her consent.

Flores says that while she was running for lieutenant governor in Nevada in 2014, Biden and his office expressed interest in supporting her and other Democratic candidates, and flying out to the state to be present at one of her rallies. It was at this Las Vegas rally that she claims the event occurred, just before she walked out on stage to make a speech.

"As I was taking deep breaths and preparing myself to make my case to the crowd, I felt two hands on my shoulders. I froze. 'Why is the vice-president of the United States touching me?'

I felt him get closer to me from behind. He leaned further in and inhaled my hair. I was mortified. I thought to myself, 'I didn't wash my hair today and the vice-president of the United States is smelling it. And also, what in the actual fuck? Why is the vice-president of the United States smelling my hair?' He proceeded to plant a big slow kiss on the back of my head. My brain couldn't process what was happening. I was embarrassed. I was shocked. I was confused."

Throughout the piece, Flores repeatedly notes that she is not accusing Biden of sexual misconduct or of breaking any laws. She is, however, bringing up how he asserted himself and noting how "blatantly inappropriate and unnerving," as well as unprofessional, the behavior was. "By then, as a young Latina in politics, I had gotten used to feeling like an outsider in rooms dominated by white men," she says, though she stresses that this incident was different than anything she had experienced before.

Flores also points out that this kind of behavior from Biden is very well documented—and almost always brushed off. Not drawing attention to his behavior, she says, shows a "lack of empathy for the women and young girls whose space he is invading, and ignores the power imbalance that exists between Biden and the women he chooses to get cozy with."

Flores says that she knew she had to come forward with her story after seeing that Biden may be running for president, and noticed that no one was questioning his past behavior.

NEXT UP
Culture
The Cutest Couples At The 2023 Grammys
Fashion
Jenna Ortega Is The Face Of Adidas’ Newest Line
Fashion
Collina Strada & Vans Team Up For A Chiller-Friendly Collection
Culture
Caroline Polachek In KNWLS & More Party Photos You Missed
Style + Culture, delivered straight to your inbox.