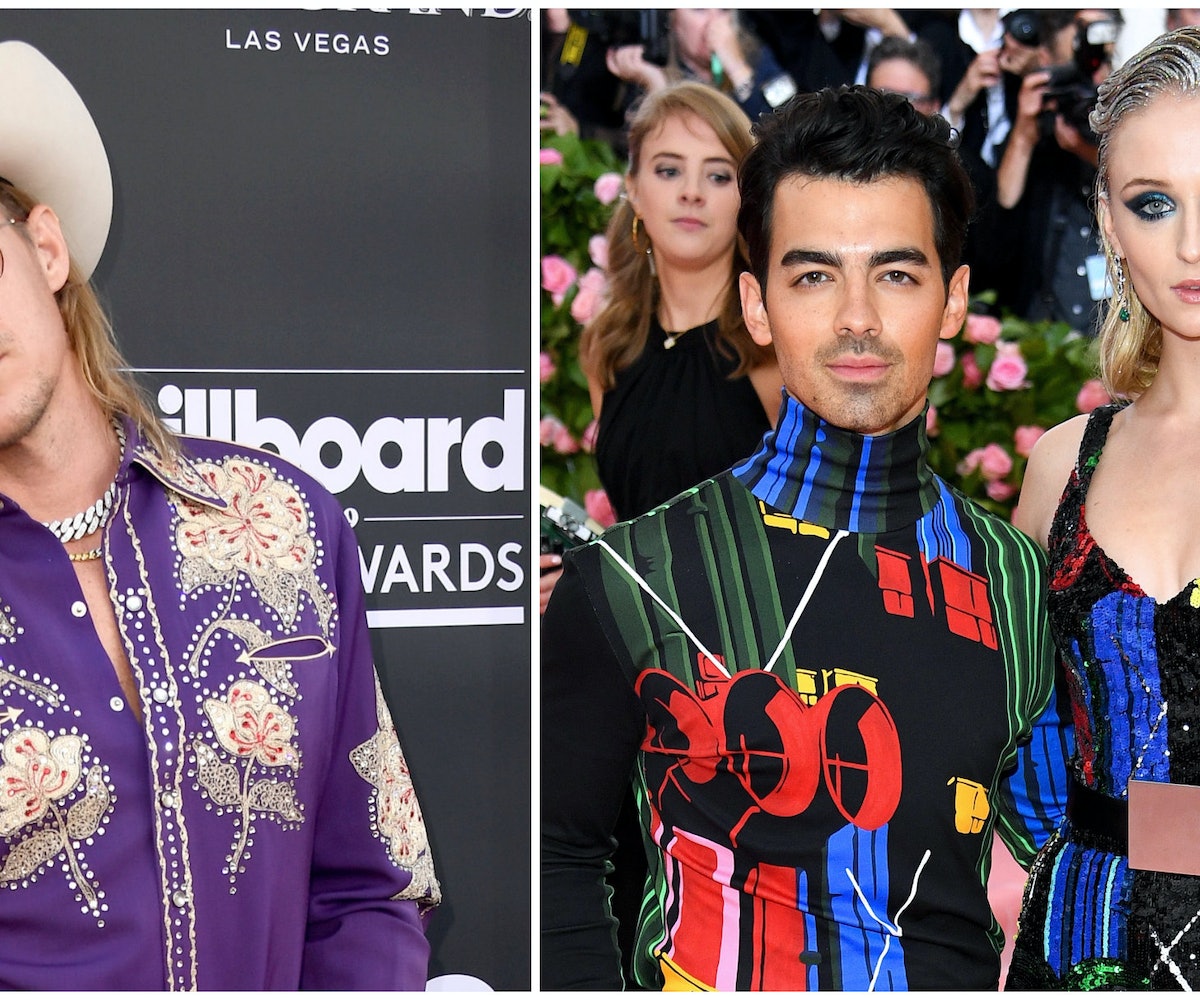 Joe Jonas didn't plan on his would-be secret wedding to Sophie Turner would be made public so quickly, but then he didn't think one of guests—ahem, Diplo—was so dedicated to posting good content on the 'gram, and so low-key live-streamed the whole thing. Oh, Diplo! Always full of surprises.

Per The Blast, Jonas appeared on the UK radio show "Capital Breakfast with Roman Kemp," where he spoke about his wedding and revealed that he and Turner had no idea that Diplo had posted the ceremony on his Instagram. Apparently, they hadn't asked him to film anything, but he took it upon himself to do so anyway.

"Yeah, he did ruin it," Jonas said of the impromptu videographer. "I love Diplo, but he loves his 'gram more than a 13-year-old. He posts every five seconds. He literally, like, live-streamed with dog face filters." Turner also spoke about the livestream on the Graham Norton Show last week,saying, "Well, we didn't choose him to be our wedding photographer. He just kind of decided to livestream it."

As annoying as it may have been for the newlyweds to have their private ceremony made very public, Jonas assured us that there are no hard feelings toward Diplo. "We just laughed. We loved it," Jonas said. "We thought it was ridiculous, and I just love that he was walking into the chapel and he was like, 'going to hit this wedding real quick.'"

As for us, we're definitely not mad that we got to witness the two celebrities get married by an Elvis impersonator. Thanks, Diplo!