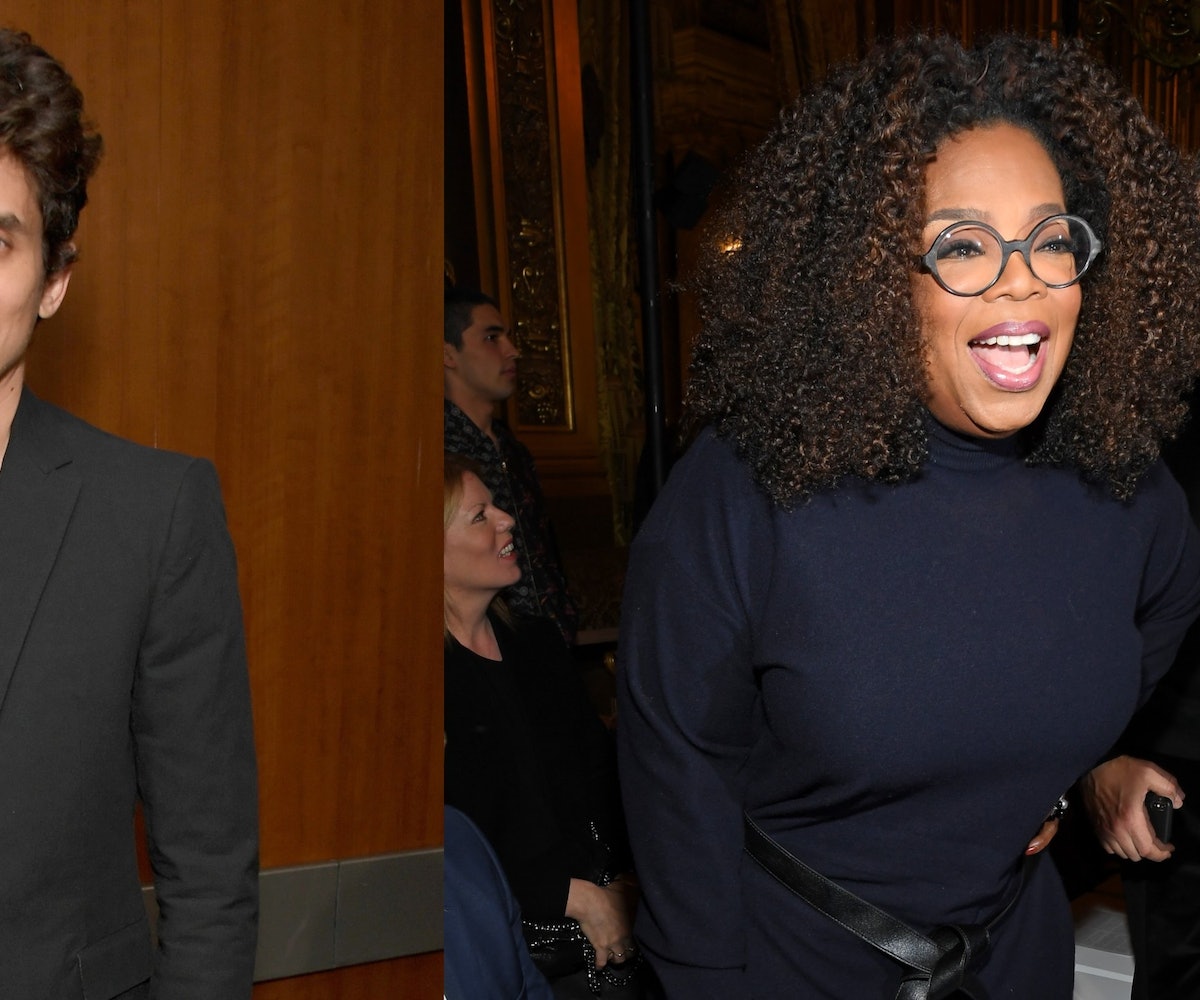 There are some things that I never thought that I would experience. One of them is John Mayer narrating—with so much detail that I want it made into a sci-fi show—what happens when Oprah claps back at a commenter. Yes, both things happened.

Here is the backstory: Yesterday, Oprah posted a touching tribute to Maya Angelou on what would have been her 91st birthday. She uploaded a photo of the two of them laughing, with Oprah's head propped on the famed writer's lap. Oprah referenced her late friend by her first name before including a poem from Henry Scott Holland. An Instagram user commented, "Ms. Angelou to you Oprah. You have no license to call her Maya. She will always be Ms. Angelou." It's hard to imagine anyone trying to check Oprah about one of her homegirls, and until today, I didn't even want to know how she might respond to such a slight. But Oprah clapped back, for all 16 million of her followers to see. "She actually gave me permission after the 2nd or 3rd visit to her home to call her 'Maya,'" she wrote. "Believe me I've witnessed when other folk did NOT have that permission!"

Take a moment to let it sink in that, first, Mayer follows @commentsbycelebs, and then come with me on a journey into his response to Oprah's reply, which was also captured by the account. I will annotate.

"When Oprah claps back - look down. One of her hands is your face. Now look in the mirror. That's right; you have seven Oprah hands for a face. You're tripping," he began. If this doesn't make sense, it's ok; It's not supposed to. Keep reading. "This is due to the dusting of neurotoxins released from the clap." *Checks anatomy notes* Neurotoxins are poisons to your nervous system.

"You will wake up at the job you had in high school, but at the age you are today." Wait for it...

"In your pocket you will find a note that says 'do better.'" Boom.

So let's recap Mayer's sci-fi drag of a troll: Oprah's clapbacks have the power to attack your nervous system and send you into a dimension where you've peaked at your high school job. In the

, "I would like to see it." If Netflix doesn't put Mayer in the writer's room for Part III

NEXT UP
Life
Netflix Dropped A Sneak Peek Of Bridgerton Season 3
Life
Alison Roman Is Getting Her Own Cooking Show
Life
On Repeat: Vaquera’s Away Collaboration Is Brought To You By Britney Spears B-Sides
Life
Demi Lovato Slams Child Stardom