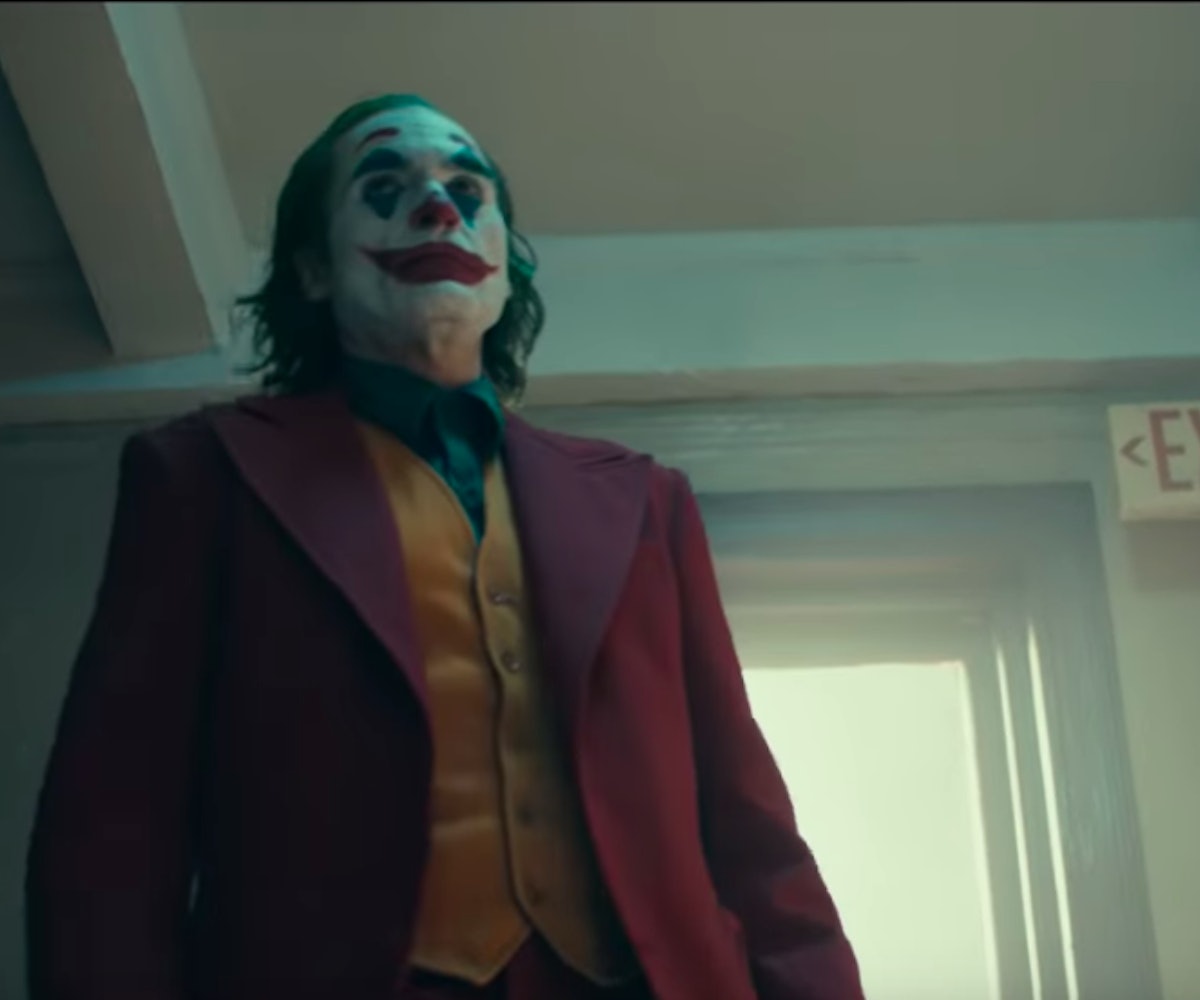 Warner Bros. has released the official teaser trailer for the psychological thriller JOKER, which promises to show us just how Batman's nemesis got to be so evil.

Eerily set to the tune of Nat King Cole's "Smile," the clip shows Joaquin Phoenix as the Joker before he went on to cause destruction. We see how he originally wanted to play a clown to make people smile and laugh, because his mom "always told [him] to smile and put on a happy face" and to "bring joy and laughter to the world." But, instead of being the source of happiness, he is shown being labeled a "freak" and targeted by the people around him, which leads him to begin wearing the clown attire and makeup with more evil intentions.

Toward the end of the clip, we see The Joker's transformation as Phoenix is shown creepily dancing and running from the police. The trailer ends with the chilling line, "I used to think that my life was a tragedy, but now I realize it's a comedy."

JOKER hits theaters on October 2. Watch the first trailer, below.