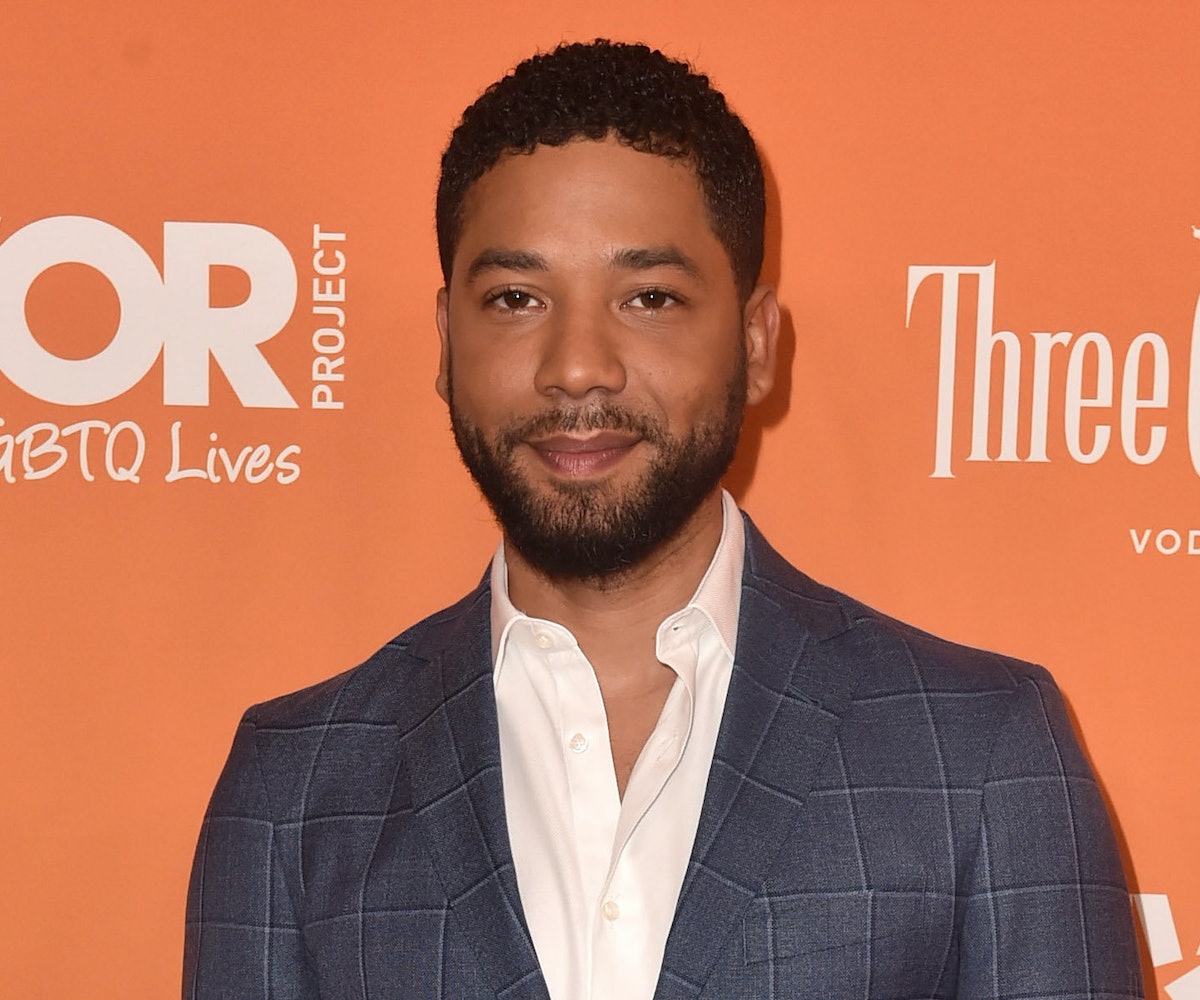 Empire actor Jussie Smollett has broken his silence on the racist, homophobic attack that he endured at the hands of MAGA supporters. On Monday night, Smollett was attacked while leaving a Subway restaurant by men wearing ski masks and MAGA hats. The men put a noose around his neck and reportedly poured bleach on him while calling him homophobic and racist slurs.

In a powerful statement to Essence, Smollett assured his fans and supporters that he is okay. "My body is strong but my soul is stronger," he said. "More importantly, I want to say thank you. The outpouring of love and support from my village has meant more than I will ever be able to truly put into words. "

He continued to address the rumored inaccuracies being reported: "I am working with authorities and have been 100 percent factual and consistent on every level. Despite my frustrations and deep concern with certain inaccuracies and misrepresentations that have been spread, I still believe that justice will be served."

The actor also stood behind the statement that his family released yesterday which called the attack a hate crime and noted that this type of act happens often. "As my family stated, these types of cowardly attacks are happening to my sisters, brothers and non-gender conforming siblings daily," he said. "I am not and should not be looked upon as an isolated incident."

Smollett concluded by saying that he needs time to process everything but that he will fight back against this type of crime. "We will talk soon and I will address all details of this horrific incident, but I need a moment to process," he said. "Most importantly, during times of trauma, grief and pain, there is still a responsibility to lead with love. It's all I know. And that can't be kicked out of me."