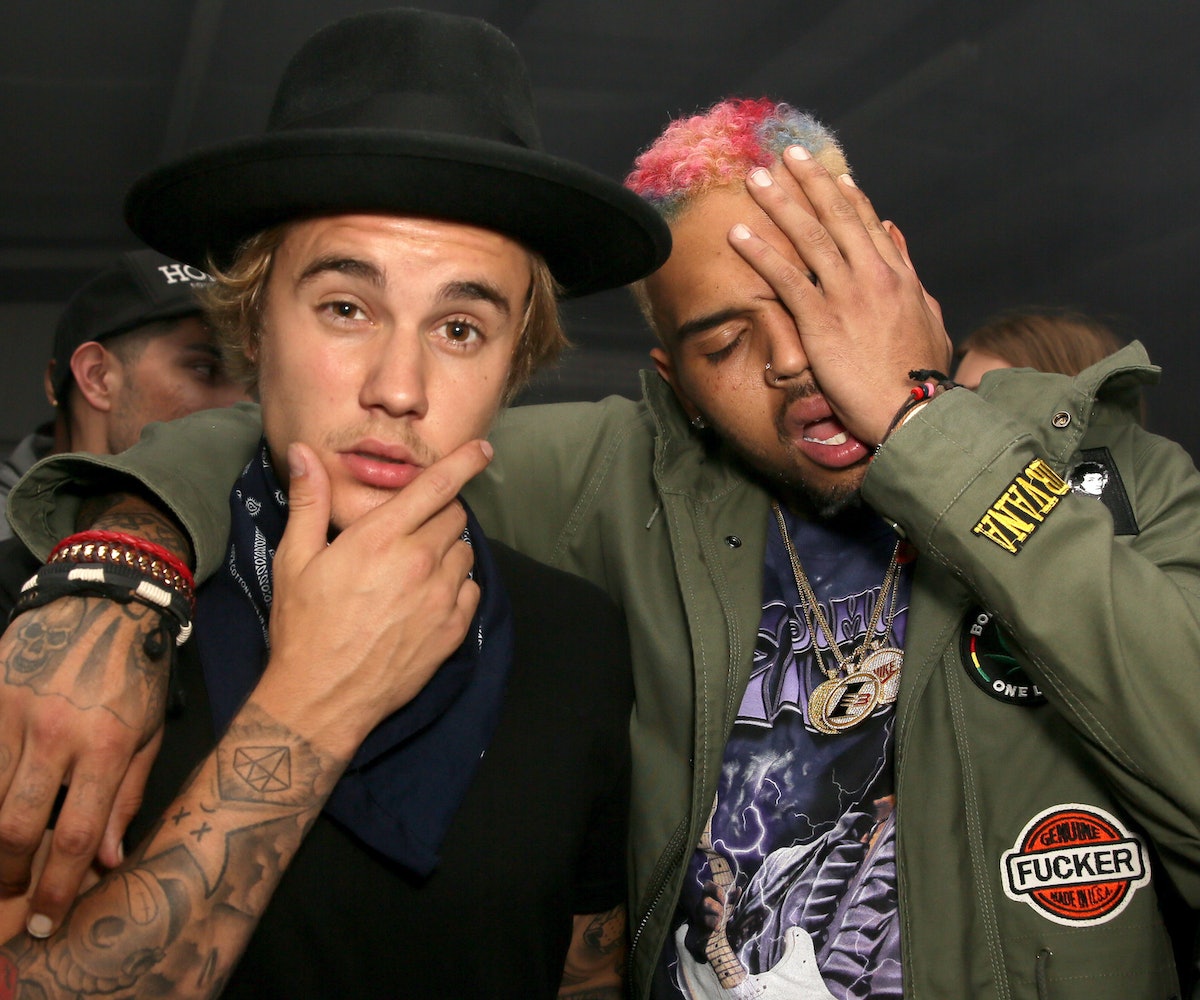 Brown was detained in Paris on Tuesday after a woman filed a rape complaint against him. Though he has since been released from police custody and cleared to leave Paris, the investigation is still being conducted. He posted a since-deleted statement to Instagram in which he called the accuser a "bitch." "I WANNA MAKE IT PERFECTLY CLEAR...... THIS IS FALSE AND A WHOLE LOT OF CAP!" read his statement. "FOR MY DAUGHTER AND MY FAMILY THIS IS SO [DISRESPECTFUL] AND IS AGAINST MY CHARACTER AND MORALS!!!!!"

Though Brown has not yet been declared guilty or innocent in this case, Bieber seems to be already defending him. Under a video that Brown posted to Instagram of himself dancing, Bieber wrote, "No one can touch you ur the GOAT." Nick Cannon also chimed in with a supportive caption.

It also sounds as though Bieber believes that an accusation of rape is not enough to cancel him. But, then again, Brown was still allowed to perform after he pleaded guilty to felony assault.