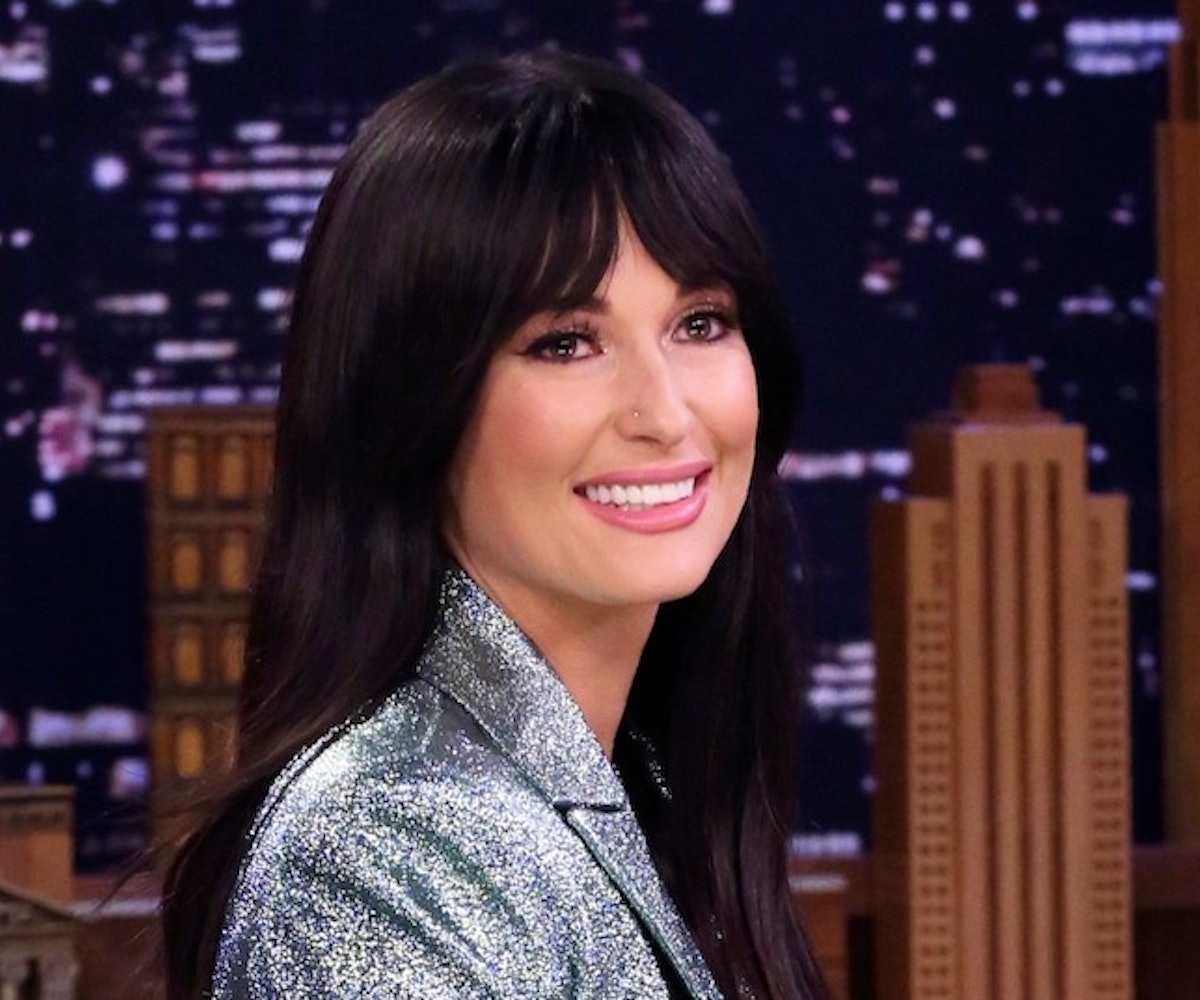 'Tis the season for a glittery outfit, or so says Kacey Musgraves. The singer wore a sparkling green suit by Christian Siriano during her appearance on The Tonight Show on Wednesday, where she was promoting her upcoming holiday variety show, The Kacey Musgraves Christmas Show, and performed her new festive song "Glittery." Styled by Erica Cloud, the Grammy award-winner's look was accessorized with a Jacob & Co. diamond necklace and platform heels from Giussepe Zanotti.

Musgraves was also on the Today show (though, sadly, not in a glitter suit) on Thursday to talk about her Christmas special. "I'm officially a triple threat now. Acting, singing, dancing, comedy, all of it! But really, this special is centered around the music and the songs. I made a Christmas album a few years ago, and this is us bringing that to life and having some fun," she said. "It was really cool in this new Christmas special that I got to explore different areas of things I've never done before. It was really out of my comfort zone."

In The Kacey Musgraves Christmas Show, she also performs the new song with Troye Sivan, who wore his own "glittery" green suit. Perhaps she took a style tip from the fellow singer, too.