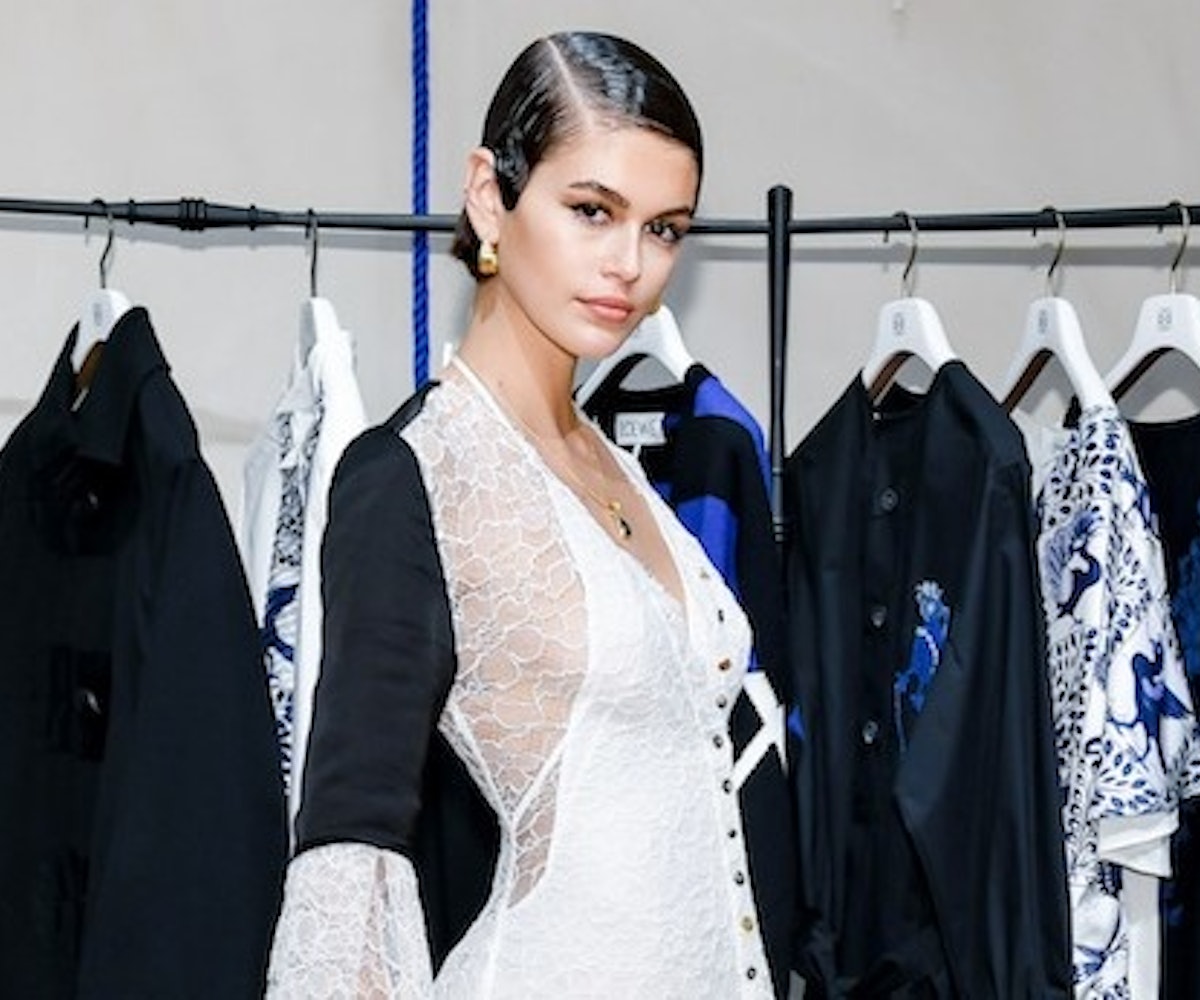 I'm struggling to think of a cooler guest list than the one at Tuesday night's Loewe party. Creative Director Jonathan Anderson celebrated the opening of the new Loewe store in New York with a slew of models, actors, musicians, and more. The special event started with a private cocktail gathering at the store's shiny, new Soho location, followed by a bigger, more star-studded party at the Sinclair-Fletcher Mansion on the Upper East Side.

Notable looks were worn by Robyn, who DJ'd the party in a dazzling iridescent suit, and Jennifer Coolidge, who wore a pale pink, ruffle-lined robe with a butterfly hairpiece.

As for Kaia Gerber, the model is a notable Loewe fan, as she was seen wearing a sheer white skirt and black bra top by the label during The 2019 Fashion Awards in London earlier this month. For Tuesday's event, she opted for a lace black-and-white Loewe dress, pairing it with her slicked-back short bob and finger waves, a look that got her over 100,000 likes on Instagram.

See more photos from Loewe's celebration, below, and try to not get any FOMO while you're at it, too.